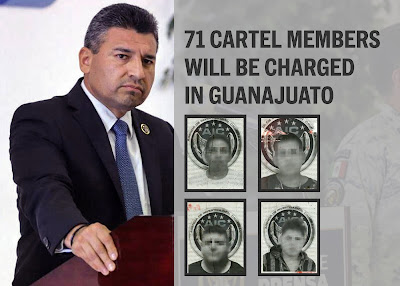 The Guanajuato Attorney General’s Office announced they were pursuing charges against 71 detained cartel members from some of the prominent cartel groups in the state like the Cartel Jalisco Nuevo Generacion and the Cartel Santa Rosa de Lima.

Warning: Some graphic images below this point.

On November 15, 2022, in a press release and press conference, the Guanajuato Attorney General’s Office (FGE) announced they had recently coordinated 20 simultaneous police raids to capture cartel members in the state. They also reviewed some of the 71 alleged cartel members who they have charged with crimes in recent months. 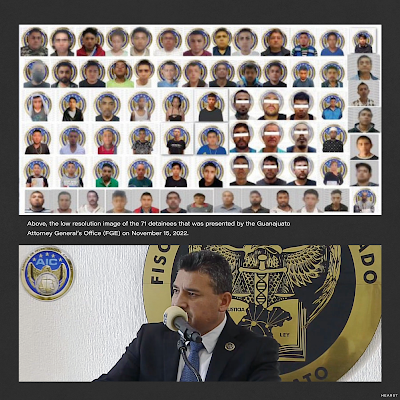 It appears the 71 detainees were not all captured during the aforementioned simultaneous raids but  were actually captured over the course of 108 different search warrants. 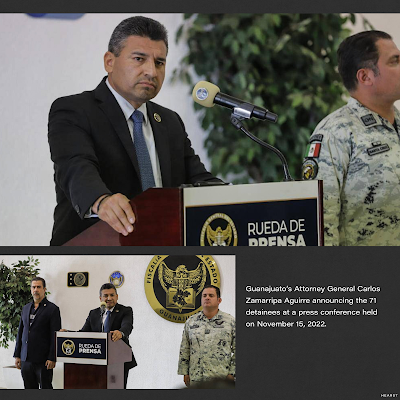 The announcement focused on giving details about cartel members who were believed to have participated in the narco-blockades which killed three, including a tourist, last week, as covered by SocalJ here.

They also focused on detainees who are believed to be involved in the deadly Pantano bar shooting, covered by Huaso in this previous story. (Not to be confused with the more recent shooting at Lexuz Bar in Apaseo el Alto, covered by SoCalJ.)

Some of the Detainees
Details about the cartel affiliations of the detainees were not given. In some cases, we can deduce which cartel a detainer belonged to, in others too few details were released for any determination. 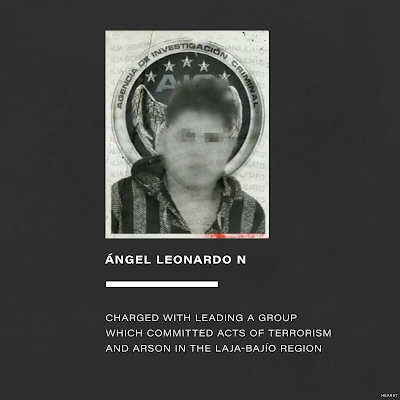 A man from the Laja-Bajío area named Ángel Leonardo “N” was arrested for allegedly leading a cartel group which participated in acts of arson and terrorism. This likely refers to the creation of narco blockades.
Both the CJNG and the CSRL have created blockades this year in Guanajuato. The CJNG created them when there was an attempt to arrest Grupo Elite leader “El RR” a few months ago.
More recently the CSRL created blockades in reaction to the arrest of Marro’s brother Rudy in Baja California. A time frame for these acts was not given so it’s hard to determine which group he belonged to. 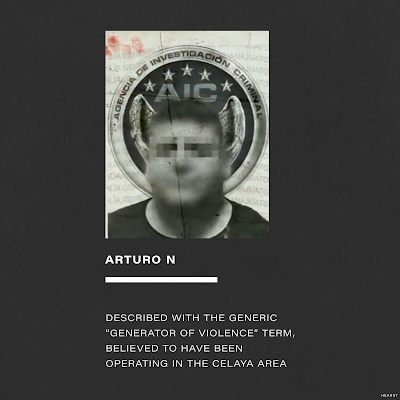 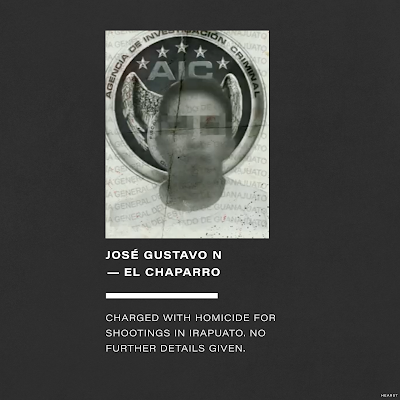 In Irapuato, José Gustavo “N”, alias “El Chaparro”, was arrested for his alleged participation in multiple homicides. Again too few details to make a determination. 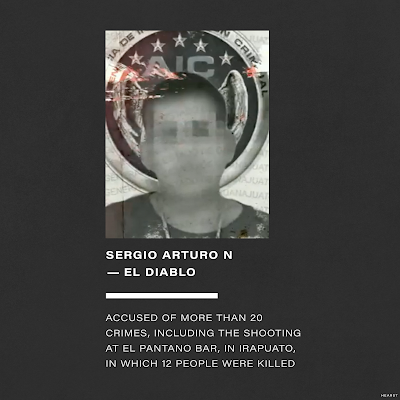 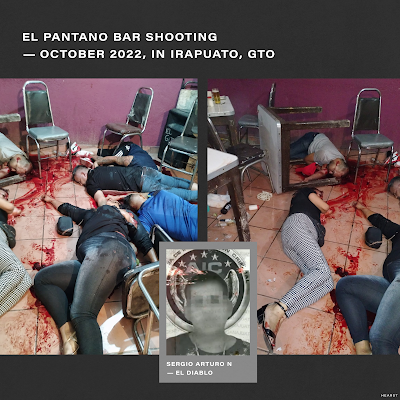 Sergio Arturo “N”, alias “El Diablo”, is accused of more than 20 criminal acts – chief among them is the October 2022 attack on El Pantano bar which left 12 people dead.
No message was left behind at the crime scene in which a group claimed the attack. Although many news outlets (such as Excelsior, El Sol de Irapuato, and Aristegui Noticias) covered the arrest of El Diablo and his collaborators, none of them stated which cartel group they belonged to. 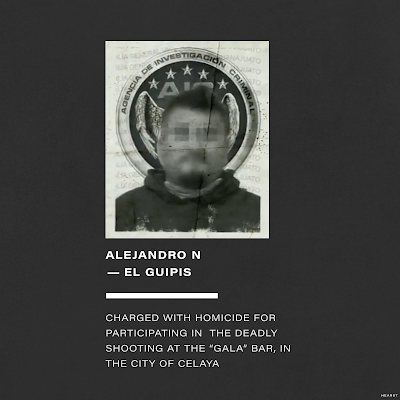 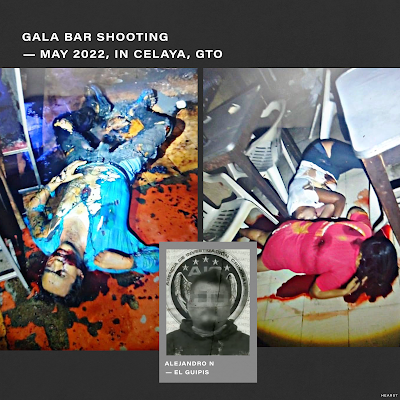 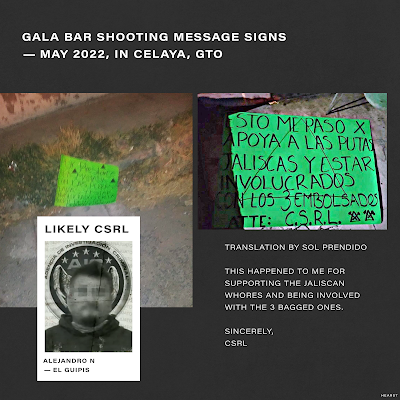 Alejandro “N”, alias “El Guipis”, was arrested and charged for his probable involvement in the May 2022 shooting at Gala bar in the city of Celaya.