A First In Naval Warfare. A Loitering Drone Striking A Ukrainian Naval Warship 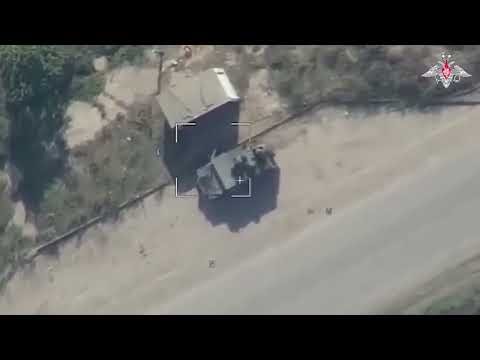 #war Video of the defeat of the 🇺🇦Ukrainian armored Gyurza-class gunboat by a 🇷🇺Russian kamikaze drone(probably a Lancet UAV) . The source claims that the incident occurred in the water area of the Kakhovsky reservoir(the Dnieper River). pic.twitter.com/B0iD1NCd1E

The Russian-Ukrainian war is increasingly becoming a proving ground for the use of different types of drones in various domains. While the world has witnessed the efficiency of unmanned systems since the beginning of the war, the recent attack shows for the first time that loitering munitions can be effective in naval warfare too.

According to the footage, the gunboat was stationary, and its engines appeared to be at stop status, and the Lancet drone struck the ship from the port side.

While the location of the attack has not been officially confirmed by either side, respected Twitter user “Capt_Navy,” who is a former officer in the Russian Navy, claimed that the incident occurred in the waters of the Kakhovsky Reservoir (on the Dnieper River).

WNU Editor: I have been reapeating the same line for the past ten years. Drones are the future of warfare, and we are now seeing it up close in the Russia – Ukraine war.