Artistic Homage Commemorates Nirbhaya on 10th Anniversary as a Superheroine, on Nirbhaya Diwas 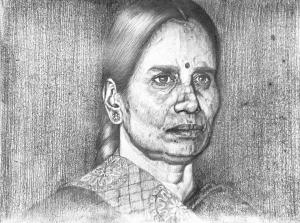 Drawing of Asha Devi, Nirbhaya’s Mother at a vigil. 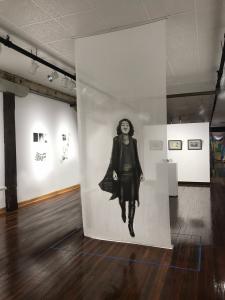 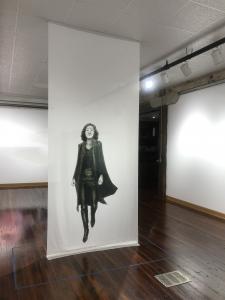 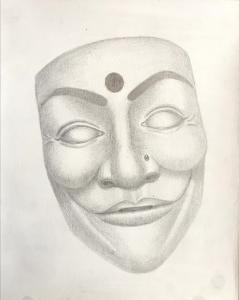 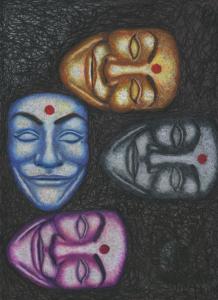 The multitude of Anonymous Nirbhayas, giving an ultimatum to the nation-state

Pritika Chowdhry’s art project commemorates Nirbhaya as a superheroine on Nirbhaya Diwas, with the superpower to eradicate rape and sexual violence.

CHICAGO, IL, UNITED STATES, December 17, 2022 /EINPresswire.com/ — US-based Indian artist, Pritika Chowdhry’s thought-provoking anti-memorial commemorates Jyoti Singh, known as “Nirbhaya,” a 23-year-old woman who was brutally gang-raped in a moving bus by 6 men in Delhi, India on December 16, 2012, so that she may never be forgotten.

The whole country of India was shaken out of its apathetic stupor as facts about the brutal rape trickled into the media. The young woman was dubbed “Nirbhaya,” the fearless one, by the media. This incident compelled Chowdhry, who grew up in Delhi, and took the same buses that Nirbhaya was on.

“A fitting memorialization for Nirbhaya would have to be an anti-memorial, so that she may never be forgotten,” says Pritika, who is an expert in counter-memories and specializes in creating anti-memorials to traumatic geopolitical events. “In my anti-memorial for Nirbhaya, I reimagine her as Superheroine Nirbhaya, whose superpower is that she can eradicate rape and sexual violence in all its forms,” Pritika continued.

Several of the drawings have been enlarged and printed on fabric to create an experiential art installation. Unlike traditional “Superheroines”, Pritika portrays superheroine Nirbhaya in a costume that is more like a Ninja’s costume, more authentic to her new role as a warrior.

The Nirbhaya Project also pays tribute to Asha Devi, who Pritika calls the real Shero, the real-life superheroine of Nirbhaya’s story. The grieving but stoic and brave figure of Nirbhaya’s mother, Asha Devi has come to embody the new Mother India. In the past decade, women have flocked to her, to support her, to tell her their own stories of sexual violence, and to stand with her.

Nirbhaya’s mother, and father, Badrinath Pandey, fought a long and arduous legal battle for eight years to get the rapists prosecuted through India’s notoriously slow judicial system, and the whole country rallied to get her justice. In the memory of the victim, December 16th is now known as “Nirbhaya Diwas” or “Nirbhaya Day.” Moreover, Asha Devi and Badrinath Pandey took a step forward and founded the Nirbhaya Jyoti Trust to help other rape victims get justice.

The artist also pays tribute to the hundreds of thousands of demonstrators and protestors, who took to the streets to demand justice for Nirbhaya, and the real-life sheroes who stood by the victim and her mother, such as IPS officer Chaya Sharma, lawyer Seema Kushwaha, and anti-rape activist Yogita Bhayana.

Since Nirbhaya’s photo was never released publicly, Pritika appropriated the Anonymous mask which is an iconic symbol of protesters in the West and the Middle East, to depict Nirbhaya as representing an anonymous multitude of Indian women who have experienced rape and sexual violence. The artist made Nirbhaya’s mask distinctly feminine and Indian, adorned with a bindi, kohl, nose stud, and lip color, compared to the Anonymous mask in the West which is male with a prominent mustache and Imperial beard.

“Imagine all the Indian women who have experienced sexual violence,” Pritika says. “Now imagine if that multitude of women, hundreds of thousands of Anonymous Nirbhayas were to rise up, and give an ultimatum to the nation-state of India, what would that look like?” she asks.

Apart from the Nirbhaya project, Pritika Chowdhry has founded the Partition Anti-Memorial Project that seeks to raise awareness about the widespread use of rape as a weapon of war in ethno-religious conflicts.

About the Artist: Pritika Chowdhry is a socio-political activist artist who makes art about traumatic geopolitical events. Born and brought up in India, Pritika is currently based in Chicago, IL, USA. She has an MFA in Studio Art, and an MA in Visual Culture and Gender Studies, both from the University of Wisconsin-Madison. Pritika’s works have been featured in prestigious museums and corporate collections, and have received wide media coverage internationally.

EIN Presswire’s priority is source transparency. We do not allow opaque clients, and our editors try to be careful about weeding out false and misleading content. As a user, if you see something we have missed, please do bring it to our attention. Your help is welcome. EIN Presswire, Everyone’s Internet News Presswire™, tries to define some of the boundaries that are reasonable in today’s world. Please see our Editorial Guidelines for more information.