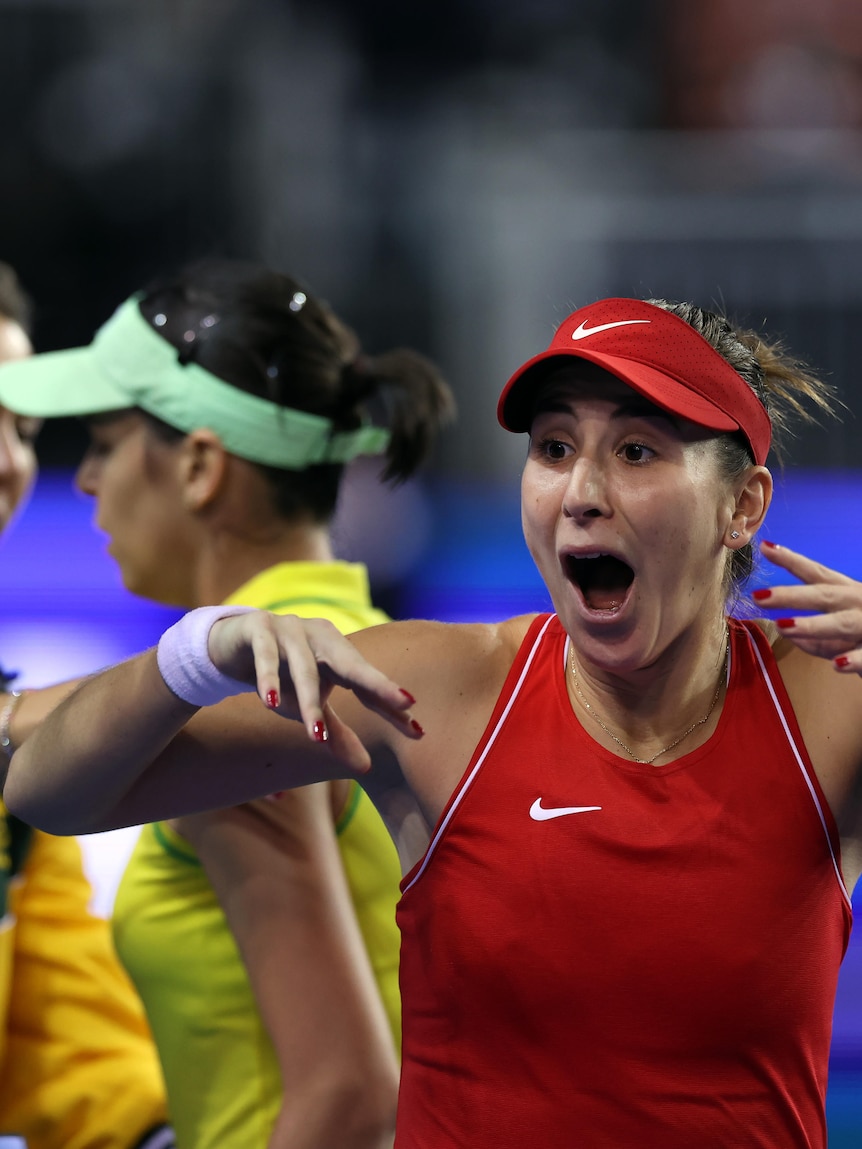 Storm Sanders has finally run out of wonders as Australia’s tennis women succumbed at the last hurdle in their bid to become Billie Jean King Cup champions in Glasgow.

Seeking to win the women’s team tournament for the first time in 48 years and watched by the legend for whom the tournament is named, Alicia Molik’s team were soundly defeated in the final 2-0 by Switzerland.

In a repeat of last year’s semi-final, the indefatigable Sanders battled heroically against injuries and evident weariness before losing 6-3, 4-6, 6-3 to fellow left-hander Jil Teichmann at the Emirates Arena.

The defeat left Australian number one Ajla Tomljanović with too high a mountain to climb as she then found Swiss counterpart Belinda Bencic a class above in a 6-2, 6-1 defeat.

It earned the Swiss their first-ever victory in the team competition previously known as the Federation Cup and Fed Cup, as the frustrating wait goes on for Australia after they lost their 10th consecutive final since Evonne Goolagong led them to a triumph over the US in Naples in 1974.

The tie did not even come down to a deciding doubles, leaving 38-year-old veteran Sam Stosur without the chance to crown her stellar career with the prize she had so long coveted after 19 years in the competition.

In their second defeat in a final in four editions, this one at least did not have the quite the agonising feel of the Perth showdown against the French, which France won 3-2 with a crushing win in the doubles.

The silver lining for Australia was Sanders, who has been the revelation of the week, defying her deceptive singles ranking of 237 with a series of superb performances to put higher-ranked players to the sword.

But seeking a sixth victory in Glasgow, she was left struggling with two leg injuries and needed courtside treatment during her defeat.

Still, world number 35 Teichmann found her a completely different player to the one she smashed 6-0, 6-3 in last year’s semi.

But Sanders’s physical state after more than 11 hours of aggressive action on court this week eventually proved to have taken too much out of her, as she finally had to give her best to a quality opponent ranked over 200 places higher than her in a terrific duel over two hours and 27 minutes.

Australia’s hopes in the best-of-three rubber contest were then left with number one Tomljanović, but just like last year, she was completely outplayed by the Olympic champion Bencic, who produced a clinical display to break her six times in a one-sided affair.

It was a great moment for the Swiss, who became the 12th nation to lift the title while making amends for last year’s painful final loss in Prague to the Russian team, who have been barred from this year’s event.