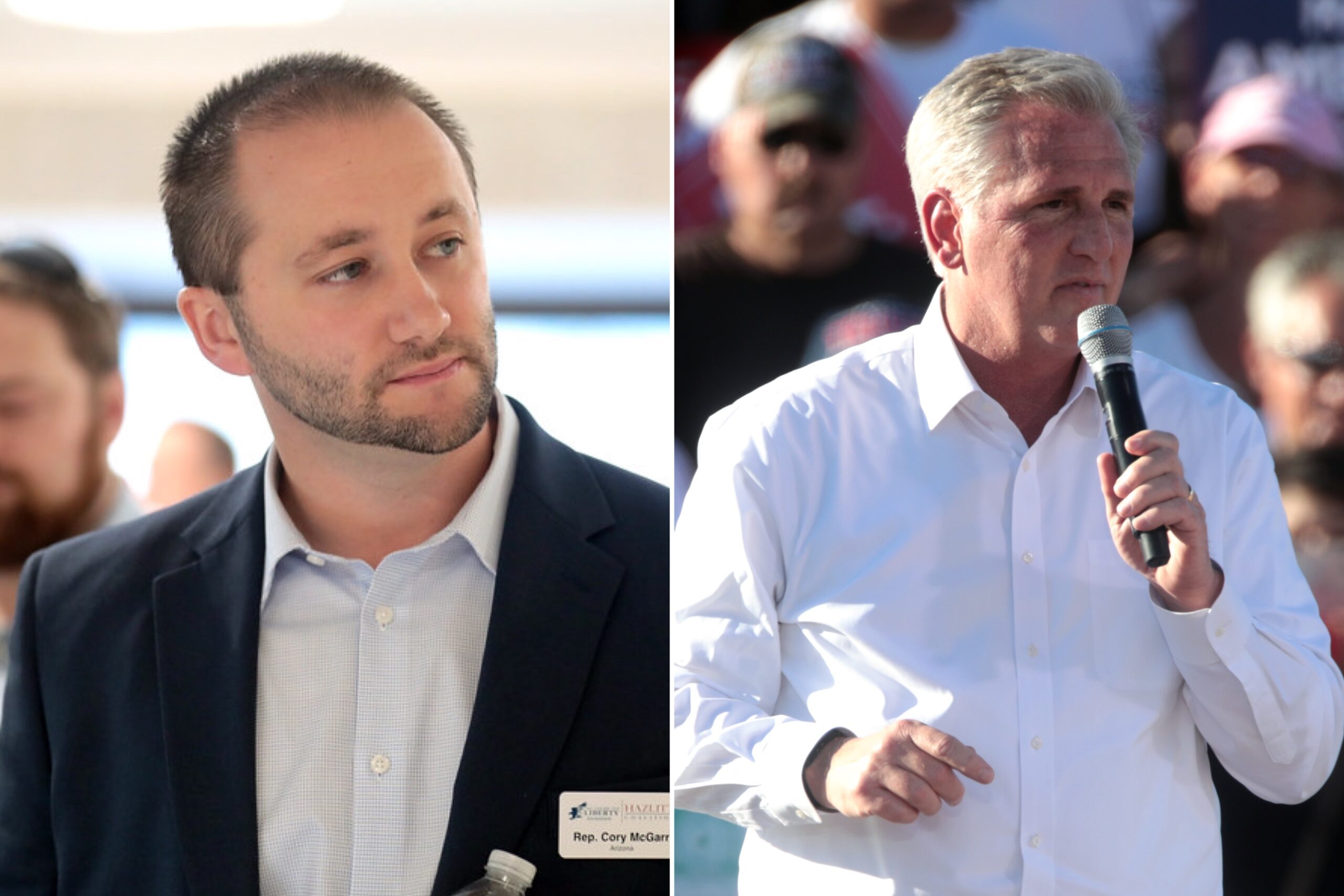 An Arizona state representative has sounded the alarm on Rep. Kevin McCarthy’s Speaker of the House bid.

“The next Speaker of the House needs to be somebody who conservatives can trust and must be openly committed to ending two of Nancy Pelosi’s corrupt rules of the House,” State House-elect McGarr said.

“The next Speaker must bring back the motion to vacate the chair of the Speaker. This gives power back to the official elected to adequately represent their constituency and call into question an illegitimate ‘leader’ in the House of Representatives,” McGarr continued, referencing McCarthy’s unwillingness to remove Pelosi’s rule changes which give the House Speaker the ability to hold unchecked power.

“Pelosi’s changes to the rules are more reflective of a dictatorship than a representative Republic, and it’s time we restore order in the House. Any candidate for Speaker who refuses to accept these terms should be disqualified from consideration, and I am calling on Representatives Andy Biggs, Eli Crane, Paul Gosar, Debbie Lesko, and David Schweikert to vote against McCarthy for Speaker on January 3.”

National File previously reported on Republicans pushing back on McCarthy’s leadership. The California rep is facing a tough uphill battle to wield the Speaker’s gavel.

With Republicans only holding 222 floor votes, and at least a dozen House GOPers expected to vote against McCarthy, the GOP could be forced to elect another Speaker. McCarthy needs 218 votes to win his Speakership bid.