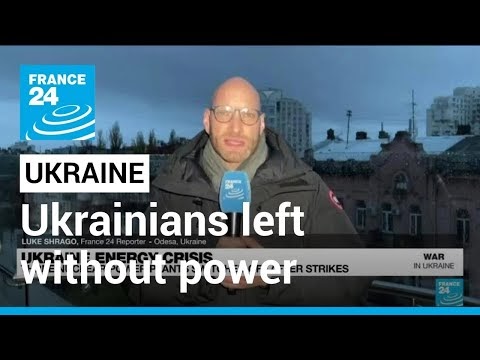 Russia has today unleashed another deadly wave on Ukraine, with a relentless series of missile strikes smashing into residential buildings and critical infrastructure facilities across the country.

Ukrainian President Volodymyr Zelensky accused Moscow of spreading fresh ‘terror and murder’ across Ukraine – hours after a newborn was killed in an attack on a maternity hospital.

The latest air strikes hit a two-storey residential building in the Ukrainian capital of Kyiv, killing at least three people and injuring nine more, as well as critical infrastructure facilities in and around the city.

WNU Editor: Power has been erstored in Moldova …. Most Moldovan power supplies restored after Russian strikes on Ukraine (Reuters).

Most Ukrainians left without power after new Russian strikes — AP