Blake Masters Says He Will Vote to Replace McConnell if Elected 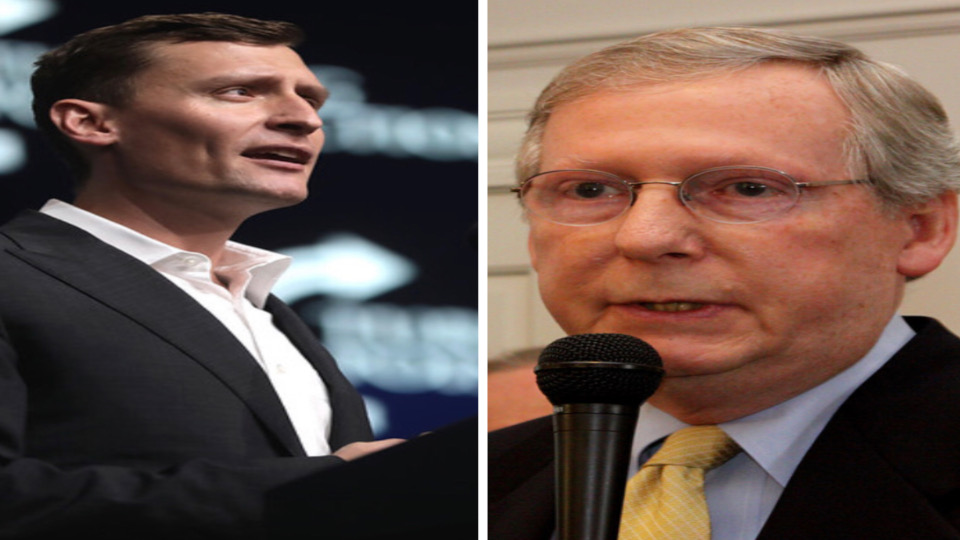 Blake Masters, the Republican nominee for U.S. Senate in Arizona, said that Senate Minority Leader Mitch McConnell (R-KY) “hates him,” adding that he would not vote to keep McConnell as leader if elected. “I certainly think we need new leadership,” Masters said, according to a report from the Wall Street Journal.

The Senate Leadership Fund (SLF) — which is heavily influenced by McConnell — previously cancelled over $9 million in ad buys supporting Masters this past summer. The president of SLF, Steven Law, said they wanted to focus on directing funds to help Ohio U.S. Senate candidate JD Vance.

“We’re leaving the door wide open in Arizona but we want to move additional resources to other offensive opportunities that have become increasingly competitive, as well as an unexpected expense in Ohio,” Law stated.

Despite lack of support from Mitch McConnell, Masters finds himself in a toss-up race with Arizona’s incumbent Democrat Senator Mark Kelly as polls are open.

“I think it’s pretty clear that Chuck Schumer owns Mark Kelly,” Masters said of the Democrat leader and his opponent.

Mitch McConnell’s leadership position has been most notably challenged by Senator Josh Hawley (R-MO) and Rick Scott (R-FL), the latter of which is reportedly considering a bid for leader. Kelly Tshibaka, a Republican running to unseat Lisa Murkowski in Alaska, has also pledged to vote against the longtime leader if elected.