Lately, several banners have been placed with messages from organized crime signed by a “Señor de la V”. 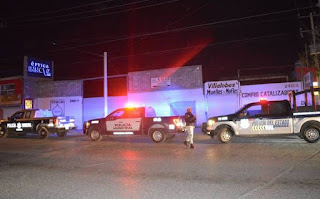 Police operation caused by the appearance of messages from organized crime

In the last few days in the capital several banners have been left on bridges, public buildings and other places, which are signed by an alleged “Señor de la V”, who according to reports from the State Attorney General’s Office is related to an alleged criminal leader identified as Salvador Humberto S. V., who is also nicknamed “El Chava” or “El Verin” and who allegedly represents the Sinaloa Cartel group based in the mountainous area.

According to intelligence reports, Salvador Humberto is 48 years old. His official records state he was born on April 12, 1974, and since 2010 his name began to emerge as one of the generators of violence in some parts of the country, such as Matamoros in Tamaulipas.

His face is very characteristic, sometimes he has been captured with mustache and beard and sometimes without any of them, he is also identified by his tattoos that are on his body, the first of them in the whole part of the back, which is a figure that resembles a “V” and in one of the arms a snake that forms an “S”.

“El Verin”, according to the report prepared by the agents of the State Attorney General’s Office, on the profile of the alleged criminal leader, points out that he is a man originally from Camargo, and who after he obtained an opportunity to operate in the city, thanks to the group of the “Arzola family”, managed to start operations for this criminal group, taking over the business of drug distribution in the northern part of the city.

All of these groups – according to the same files – are backed by the Salazar organization, which is one of the main operators of the Sinaloa Cartel in Chihuahua, Sonora and Durango, and which currently has different people in charge of the plaza in some communities and municipalities in the state.

Currently “El Señor de la V” stands out in the reports that he was involved in an internal dispute within the Sinaloa Cartel itself, where he sought to take over all the territory of the capital and which generated several homicides in the city, mainly in the northern and southern areas of the city, where another alleged criminal belonging to the same criminal organization was located.

Another person involved in this dispute was Ramón S.V. aka El Doc who, despite having been a member of the same criminal group, was still disputing the territory for the sale and distribution of some drugs, mainly crystal meth, which was one of the substances mainly distributed by “Los Arzola”, who were practically left out of the clandestine business.

On December 15, through social networks, friends and relatives of Ramón “El Doc” announced that he had died as a result of a cardiac arrest, without providing further information, even the security authorities themselves did not issue any further information, other than that they were investigating the facts.

The authorities have multiple confidential reports, where Salvador Humberto is located, mainly between the periods of 2021 to 2022, where his presence and the group he leads within the capital have become more notorious, as well as safe houses and other reports that are in the hands of the investigating corporation.

Since 2014 there have been records of his presence in the state, this after they were located in other entities and where he apparently changed location to Chihuahua, where he has remained for several years, being the last three, where he became more relevant in the criminal organization charts detected by the State Attorney General’s Office.

Among some of the operators, there are some nicknamed “Valverde”, “El Alan”, “El Fox”, “El Vera”, “El Pato” among others, who are distributed in various parts of the city and where they are in charge of some criminal work, such as distribution, sales, “spying” and other illicit activities.

“We are investigating since the placement of the banners, we are looking at the situation of the criminal groups, there is a person, there had already been another banner, these are manifestations that cannot be taken seriously, we cannot give credit to a criminal who accuses another, we have identified him as one of the criminals who are in the city and soon they will be brought to justice”, commented the Secretary of Public Security of the State, Gilberto Loya, about the facts that had been generated against the alleged criminal leader.

According to the State Attorney General’s Office, at the moment there is only one investigation against the alleged criminal leader. However, he has been linked to several cases in which he participates indirectly or where he instructs his gunmen to carry out the kidnappings of some people. 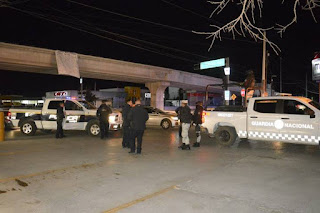 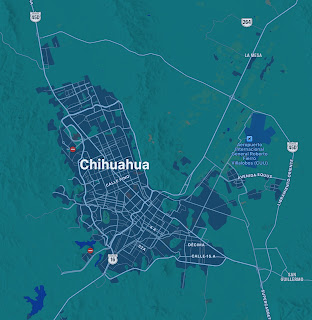