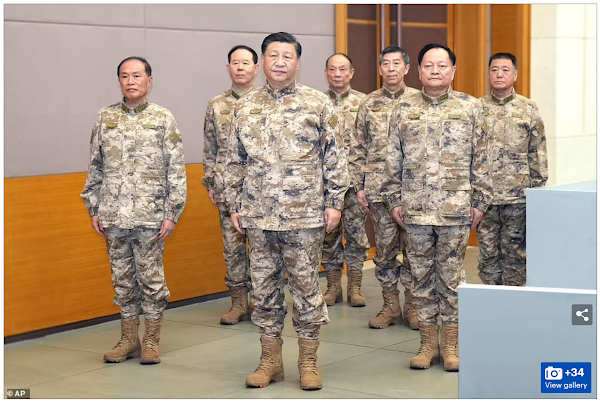 The Guardian: Xi Jinping tells China’s army to focus on preparation for war

President says China in an ‘unstable and uncertain’ security situation amid tensions over Taiwan Xi Jinping has told the People’s Liberation Army to “focus all its energy on fighting” in preparation for war, a Chinese Communist party mouthpiece has reported.

Pictures of Xi, who recently secured a third term as party leader, in his army uniform during a visit to a command centre featured prominently on the front page of the People’s Daily on Wednesday.

WNU Editor: Chinese President Xi makes the same announcement every year that the military must be prepared for war. But this year is different. Global tensions are the worse since the Cold War, and the issue of Taiwan is heating up.