Christy Smith Issues a Fact-Devoid, Non-Concession Tweet in the Race for CA-27 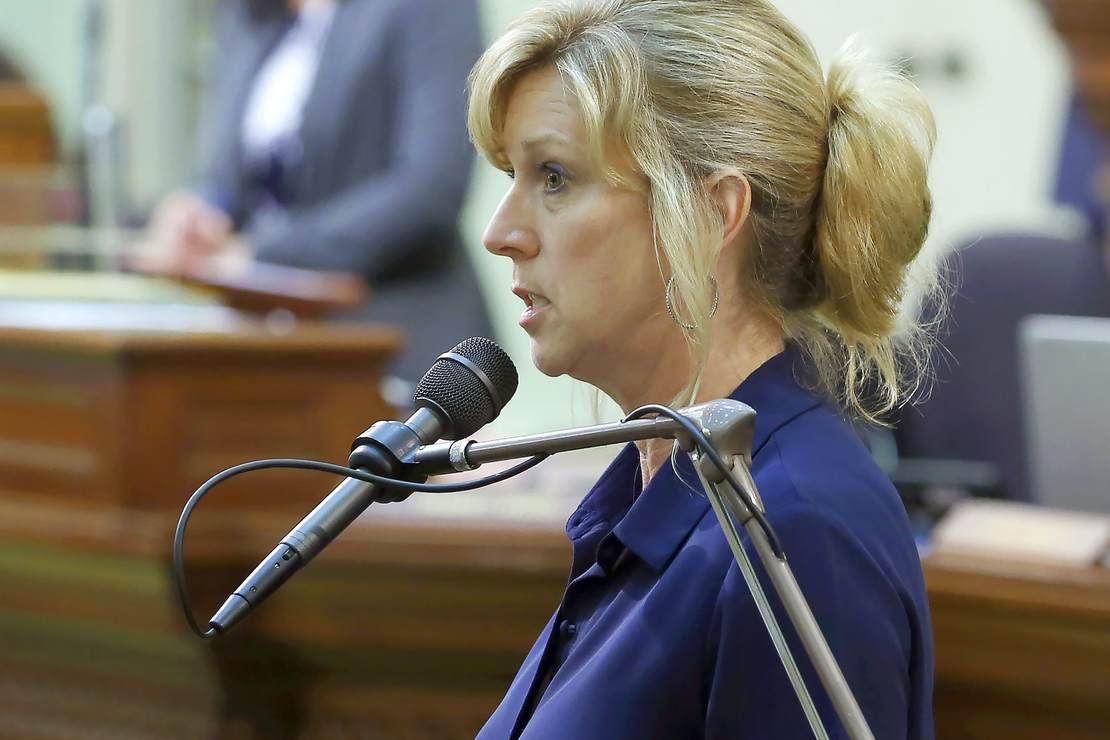 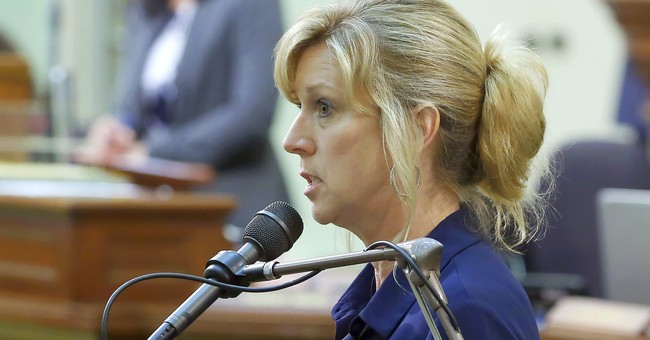 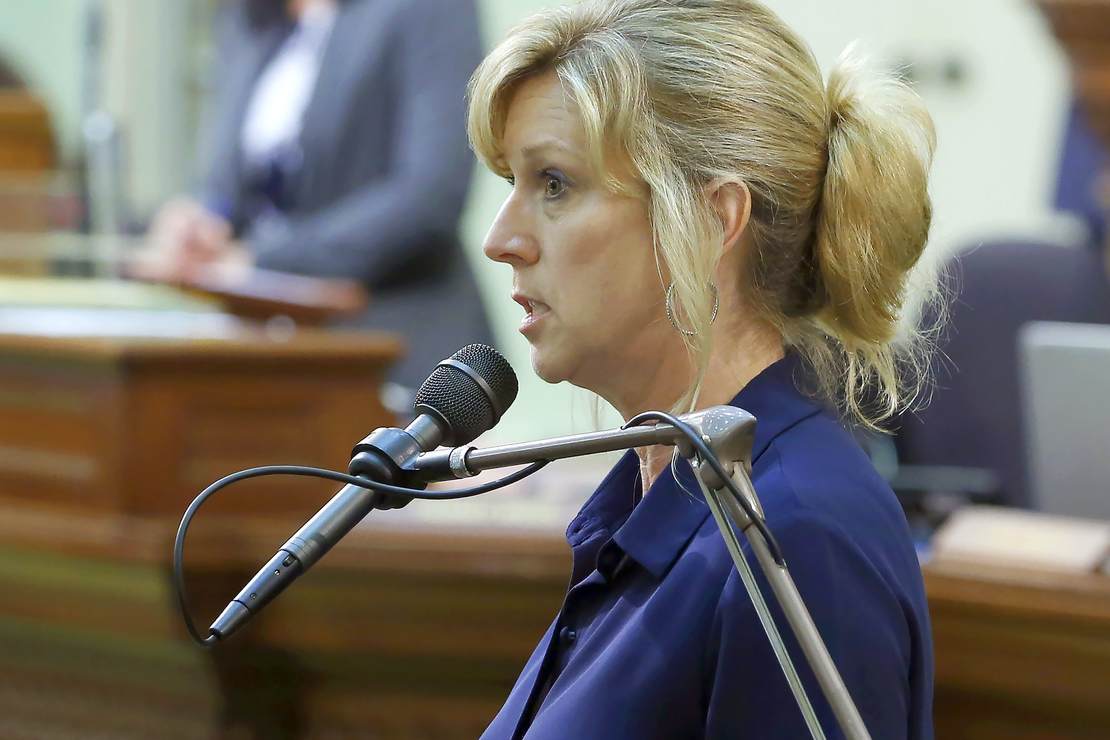 As California is still counting the votes, some races have been called, others are getting close. At this point, it seems pretty clear that Democrat Christy Smith, who is running (for the third time) to unseat CA-27 Republican Rep. Mike Garcia, is slated for another loss. She knows it, and Garcia has already claimed victory, which always gets Smith twisted.

Twist Level achieved. Again. Evidenced by the fact that Smith decided to pen the mother-of-all Twitter threads to offer,

“lessons to be learned from this race that I’m determined to put on the record in the hope that the next Dem who steps up to the plate will be successful.”

Sadly though, the path for flipping #CA27 has narrowed significantly and when all the votes are in it’s likely Garcia holds the seat.

Nevertheless, there are lessons to be learned from this race that I’m determined to put on the record…2/

Newsflash: This is the THIRD TIME Smith has lost this seat. No matter how narrow it has been (last time was 333 votes), or might be, she cannot manage to close the deal. So, what “lessons” can she offer that anyone would pay attention to? Consider Smith the low-rent, Caucasian version of Stacey Abrams.

Smith writes that Democrats became victims (they love that word) of their success in 2018, when they flipped the district from Republican to Democrat. Republicans got smart (what a concept) and learned to play the ground game every time, rather than be reliant on incumbent history, mailers, and billboards.

Unlike former Rep. Steve Knight (when it was CA-25), Mike Garcia is a more hands-on representative. Garcia enjoys connecting with constituents by whatever means he can, print/digital, social media/legacy media, and good old-fashioned grassroots gatherings and town halls. Before the election, Garcia connected through Santa Clarita Valley’s Signal to make the case on why he should be re-elected. Garcia outlined all the ways he represented CA-27 and the nation in Washington, D.C. over the past two-and-a-half years, outlining those accomplishments and how they have made a difference. He did not spare one word about his opponent, and concluded his op-ed with optimism, as well as gratitude.

While I spend roughly half the year in Washington, D.C., for legislative business, my focus is always on how to best serve our community back home and ensure our nation’s security. I remain confident our country will be able to reverse these negative trends we’re struggling from, and firmly believe our best days are ahead.

Thank you for giving me the honor to represent and serve the community in which I was raised. I will always do my part to ensure our community is as prosperous and secure as possible so future generations can continue to get high-paying jobs, raise a family, and live a peaceful, meaningful life here in Southern California.

The Signal gave the same opportunity to Christy Smith. While touting her “record” of bipartisan work for the community, Smith spent the majority of her op-ed attacking Garcia. Smith also went “Debbie Downer” on gun-grabbing couched in the terms of “commonsense” gun reform, abortion, and democracy under threat. Smith also resentfully whined about Garcia being unwilling to debate. Half of the Democrat candidates this cycle were doing the same, so her complaints fell on deaf ears.

In the op-ed and the rambling thread, Smith also failed to acknowledge the elephant in the room. The Democrats, and Smith herself, screwed the pooch by platforming, then jettisoning Katie Hill, who flipped the seat in 2018, only to be embroiled in her own malfeasance and scandal.

So, along with the “lessons” Smith claims she wants to impart, she failed to learn the lesson that trust needs to be rebuilt with the CA-27 constituents. Her failure to do this, along with a now proven record by Garcia, has not convinced anyone that she would be a quality replacement for a representative who has already shown his quality.

Smith goes on to admit she wanted to define Garcia in a certain way:

“As the election denying, anti-abortion extremist he is , [and to] reach our less persistent voters, especially in our communities of color.”

Smith failed on both fronts, and the fact that she could not succeed at either is why she didn’t get the funding she thought she deserved. The famous line from Glengarry Glenross fits here: “Coffee is for closers,” and Smith ain’t one.

When it comes to paid comms on TV, digital, and mail, without DC help to define Garcia and elevate our positive agenda we didn’t stand a chance. Especially, since Garcia largely hid from debates and mainstream media limiting our opportunity for earned media contrast. 19/

Guess those FTX-laundered contributions only stretch so far. According to the FEC database, Smith raised $3,572,993.81. Garcia raised almost double that amount: $6,603,109.63. As a Californian, I saw maybe a handful of Garcia television ads—but being someone who pays attention to all forms of media, I heard from him quite a bit over radio, podcast, and alternative media. Garcia was all over Southern California and his district. whether that be via radio (local and national), candidate forums, or other means that reached the grassroots and the actual constituency of CA-27, not just the favored activists. The loud activists are very Los Angeles and sadly, suck all of the oxygen and the attention from the candidates. But when you move away from the city and the San Fernando Valley into the Santa Clarita Valley, Antelope Valley, and more northerly environs that encompass CA-27, it’s a different story. Garcia used his war chest strategically. He was playing by a totally different set of rules, while Smith didn’t even understand the game.

So, Smith needed to get out of her party-defined media/activist bubble and actually connect with the people who would cast the vote.

Smith ended with this whine with her stinky cheese:

“I’m putting this out there for two reasons: 1. I don’t want any future, locally-based candidate here to face what I did. This district deserves to chose [sic] it’s candidate. 2. I want women in politics to seize the power to define their own narrative in a world so eager to do it for us. To wit: Hillary and now Kamala, and more.

“I also want people who report and comment on politics writ large to examine more carefully and report more accurately. Billionaire dollars and poorly informed hot takes are both bad for democracy.”

Three-time-loser, please. No amount of narrative or dollars can cover up the fact that a candidate is abysmal. And her two idols, Hillary and Kamala, are the poster children of this. Smith alludes to them, because she knows she is in perfect company.

CA-27 will continue to be in better hands with a Garcia win.