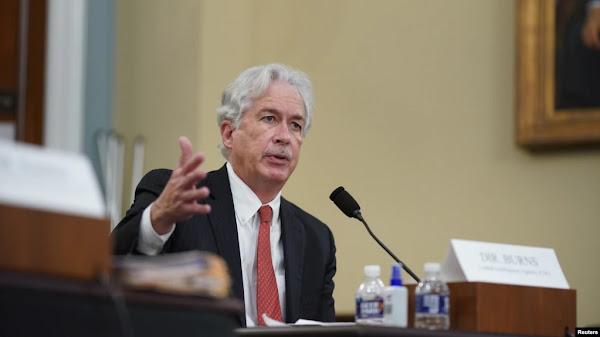 CIA Director William Burns gestures as he speaks during a House Intelligence Committee hearing on worldwide threats in Washington, Apr. 15, 2021.

LONDON/WASHINGTON — U.S. Central Intelligence Agency Director William Burns is in Turkey to deliver a message to President Vladimir Putin’s foreign spy chief about the consequences of a potential Russian use of nuclear weapons, a White House spokesperson said.

“He is not conducting negotiations of any kind. He is not discussing settlement of the war in Ukraine,” said the spokesperson, speaking on condition of anonymity.

WNU editor: The back channels are busy. The Kremlin has just confirmed that SVR Head Sergei Naryshkin will be meeting CIA Director Burns in Ankara today … CIA director in Ankara to speak with Russian counterpart — agency (TASS).