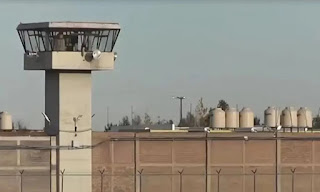 Inmates at the Cieneguillas prison were building a tunnel in order to escape, informed the governor of Zacatecas, David Monreal Avila, who added that the area has already been secured.

I don’t know if it was already made public or if they are going to wait for the investigation, but where the tunnel was made, there were some concrete plates before it, that’s where it was, it was not such a simple matter, they were hiding it with some beds, some things, but it is estimated that they already had some time,” informed the governor.

Without giving further details, Monreal Avila assured that they carried out a special operation to rearrange the inmates and during the early hours of Friday morning, the tunnel was sealed.

“The sealing was finished at 12:00 hours, the sealing, was already covered with concrete, with stones”, the governor pointed out.

After thwarting two escape attempts by inmates this month, the governor of Zacatecas announced that they will build a greater number of security devices around the Penitentiary Centers.

“Now we are facing an organized and intelligent crime, which demands to review and update the prisons. A whole perimeter trench is being built, a whole security device will be put in place, from tire irons, from preventive, interior and exterior and we are going to do it in all the prisons”, detailed David Monreal.

However, these measures are temporary since the construction of a new high security prison is urgent, authorities stressed. 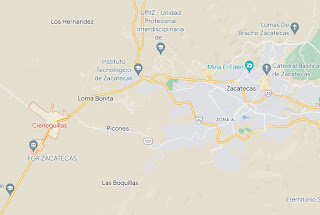