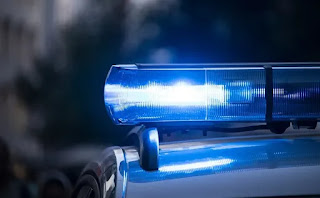 Pedestrians and motorists since 6:00 a.m. Tuesday observed banners with messages related to the dispute between organized crime groups, the first was reported on the perimeter fence of the elementary school Benito Juarez, in the Calle 14 and Avenida Ignacio Allende in downtown Cuauhtemoc, Chihuahua.

The banner was immediately removed by authorities, minutes later two other similar banners were located, one at kilometer 5 on the highway to Alvaro Obregon, this one was left on the outside of the Ucacsa facilities, the third was found at Del Ejido in Anahuac.

The ‘narco messages’ read a threatening message from the organized crime group that operates in the town against an opposing gang.

They mention the recent murders and issue a warning to rivals and crystal meth dealers. 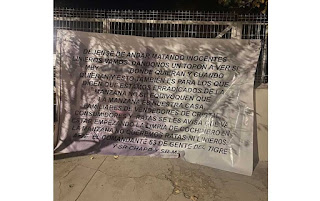 Narco message reads as follows:
All the La Línea operatives need to stop killing innocent civilians. Let’s meet up for that armed confrontation whenever and wherever so that we can see how fucking brave you guys actually are.
This message also goes out to everyone who’s claiming that we’ve been wiped out. Don’t get your bullshit confused. Everything here belongs to us. For all the thieves, consumers, and family members of crystal meth dealers.
You’re all hereby warned that the purge will begin within this area. We don’t want any thieves or the La Línea operatives here.
Commander 63
We are the mob of El Tigre, Mr. Chapo, and Mr. Mayo Zambada 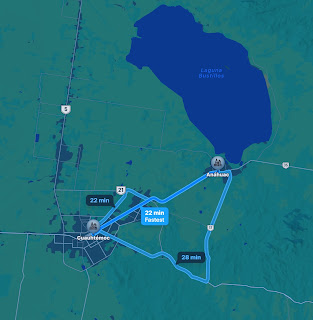 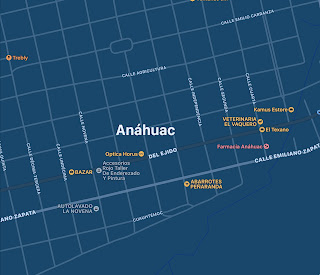