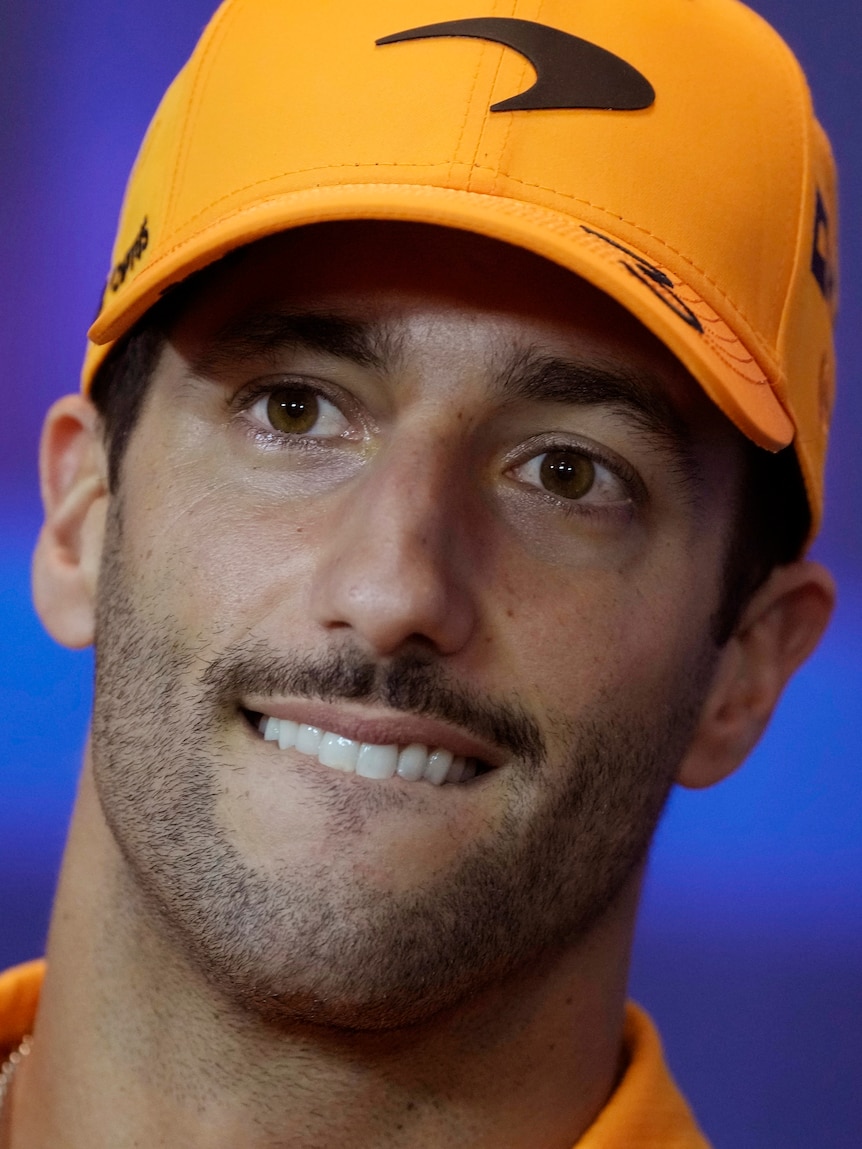 Australian racing car driver Daniel Ricciardo has conceded he may be about to have his last race in Formula 1 at this weekend’s Abu Dhabi Grand Prix after his traumatic season.

Australia’s only current driver on the F1 circuit is facing an uncertain future after a wretched campaign, and has admitted the season-ending race might not just be his farewell to McLaren but to his entire career in the sport.

“Mentally I’m not treating it like it’s going to be my last-ever race, but it could be,” the 33-year-old — a popular figure on the circuit for 11 years — conceded to reporters in the pre-race news conferences.

“I know that nothing’s guaranteed in the future, so I’m going out to enjoy it. I’m not going to get too, let’s say, emotional about the thought that, ‘Oh, is it the last one or not?’.

“I do want to enjoy it and take it for what it is.”

The future looks unclear for the eight-time race winner after the Yas Marina finale, because there are not currently any spare drives available at any other team and his largely disappointing performances in 2022 have dented his once-glowing reputation.

His name has been linked with potential reserve roles at Red Bull, where he made his name, and at Mercedes, but Ricciardo reiterated nothing had been sorted out.

“Progress is being made. We’ll see,” he said.

“Hopefully, you can see my good looks again next year to some degree.”

Before then, he is determined to leave McLaren on a high after causing last week’s collision with Haas driver Kevin Magnussen at the Brazilian Grand Prix, which has cost him a three-place grid penalty for Sunday’s race.

“I normally go better when I have penalties, so I actually asked for a five-place penalty, but three will do, so there you go,” he laughed.

Although Ricciardo may be leaving the scene, there will still be an Australian presence in the shape of young star Oscar Piastri, who will be taking his place at McLaren.

The 21-year-old from Melbourne will take another step on the road when he turns out in practice for the British team at Yas Marina on Friday.

However, Ricciardo will be sorely missed if he does not compete next year, as he has remained one of the most liked and colourful characters in the sport.

“I will miss that the most, working so closely with a guy like Daniel, a guy I’ve had so many laughs with and I’ve learned so much from at the same time,” Ricciardo’s teammate, Lando Norris, said.

“Changing teammates is not a bad thing or a nice thing, but it’s always a big change.

“It’s always a shame going away from someone because I feel like I always build good friendships with my teammates and good relationships.

“But Daniel is Daniel. Everyone loves Daniel.

“I will miss him as my teammate — but I won’t miss him because he’s going to be in the paddock next year.”