Democrat Voter Fraud Has a Long and Robust History 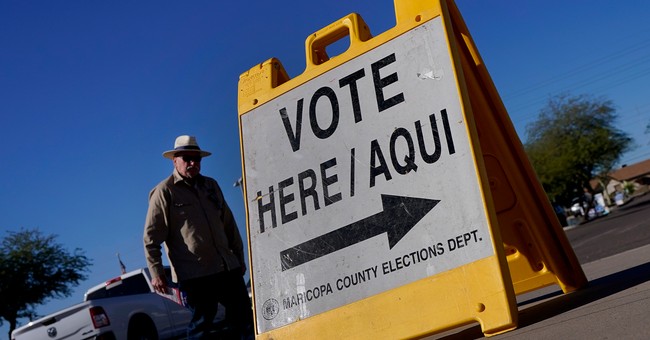 Voter Fraud isn’t new, and most of it has been the product of Democrat political machines.

One of the most striking examples of election fraud was the installation (more appropriately than election) of a president. It wasn’t the 2016 election of Donald Trump that, to this day, Hillary Clinton continues to deny was legitimate — it was the election of Rutherford Hayes.

President Grant’s wife wanted him to run for a third term but Grant had had enough of Washington. The Republican nominee was Rutherford B. Hayes – A favorite son of Ohio but little known nationally. He “won” the 1876 election for president after an election commission declared him the victor. There is no doubt now, as there was little doubt then, that there was widespread voter fraud and that Democrat Samuel Tilden likely won the Electoral College vote. But Democrats suppressed votes in the contested southern states, preventing Blacks from voting or throwing ballots away. With a “fair” election Hayes would have won anyway. But it wasn’t a fair election. Tilden accepted defeat after the commission’s ruling, fearing for the Republic had he not. Tilden said:

“Be of good cheer. The Republic will live. The institutions of our fathers are not to expire in shame. The sovereignty of the people shall be rescued from this peril and re-established.”

Since our republic came into being, there has been voter fraud. Nixon lost to Kennedy by a wide electoral count but by just 112,000 votes. It’s likely that Nixon won Illinois (he lost by 9,000) because of the Daley Democrat machine fraud, but Nixon needed to win Texas as well and he lost there by 46,000. Was Texas also “rigged”? Likely, but 46,000 is a lot of votes. Nixon conceded saying: “Our country cannot afford the agony of a constitutional crisis.”

Texas was a hotbed of voter fraud and voter manipulation. While Democrats dominated Texas politics in the early part of the 20th century, voter fraud was a “well-oiled” method of getting elected. Kennedy’s running-mate, Lyndon B. Johnson, was elected to the US Senate in 1948 via voter fraud. This isn’t a “Big Lie” — it’s a well-known and accepted fact. LBJ’s political career would likely have died in 1948 but for voter fraud. Although LBJ was considered one of the most skilled politicians of his era, his success, and elevation to Senate and the Senate majority leader was owed to crooked men in state offices.

LBJ had shifted to the right in 1947. Although Texas was solidly “Democrat,” it was mostly conservative. To win, he reasoned he had to move to the right. His opponent was Samuel Coke – a man who had run for over dozen offices and had never lost. Johnson and Coke ended up in a run-off.

Johnson and Lady Bird owned a radio station and used it to great effect. Johnson also used yellow-journalism tactics like ads contending “Communists favor Coke” — when Coke was the more conservative of the two. Johnson also used a helicopter to impress the mostly rural vote. He would land his helicopter and then give his stump speech. After he shook every hand he’d take off waving to the crowds.

In 1941, Johnson was leading by 5,000 votes but ended up losing by 1,311; but those “votes” were almost certainly fraudulent. Johnson had learned his lesson. In 1940’s  Democrat party politics, you anticipate the need to cheat and find a way to make it work if you’re behind after the “official” vote count.

On election day in 1948, by evening, Johnson was trailing by 2,119 votes. By the next day, Johnson was ahead. Four days later, Stevenson was leading and was announced the winner by 362 votes. Johnson wasn’t deterred.

Following the official count, Johnson’s henchman and allies went to work. The “fix” was about to begin. Votes were simply “found.” In one Johnson-friendly county, they “found” a box with votes and, gosh, amazingly in Box 13, 202 of the 203 ballots were for Johnson. This happened all over south Texas. Johnson’s operatives tapped the phone lines of Stevenson’s people and acted accordingly. Ballots were “found” and most of them were for Johnson. Stevenson’s people also committed fraud but they were unprepared for the cheat that Johnson’s people committed.

Stevenson appealed to the Democratic Executive Commission. Following a fiery debate, the election was awarded to Johnson. The count was 29 to 28. Who was the deciding vote? A drunk by the name of Charley Gibson was pushed into the meeting at the last second by Johnson’s people and he voted for Johnson.

Stevenson appealed to the courts but lost, likely because the judge who decided in Johnson’s favor was strong-armed by national political leaders in Washington DC.

Johnson went to Washington and the rest, as they say, is history. Johnson was on the ticket with Kennedy and likely produced the win for Kennedy. Johnson was responsible for getting us into the disastrous Vietnam War and tying the hands of our fighting men who went there. But for his election in 1948, Johnson most likely would not have been on the 1960 ballot and Kennedy would not have been in Dallas in 1963. All because of voter fraud.