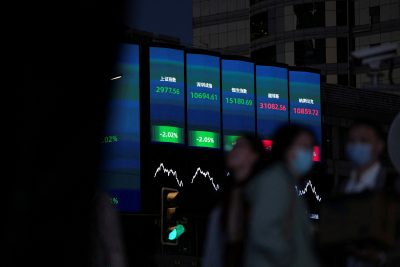 The US dollar is on a tear. According to the Federal Reserve Bank of St Louis’s US Dollar Index, it has risen by approximately 13 per cent in 2022 against a broad basket of currencies. It is at its highest level since the 2008–09 global financial crisis (GFC). Asian currencies have not been spared.

The Japanese yen and the Chinese RMB are at two-decade and 14-year lows, respectively. In 2022, the US dollar has appreciated by one-fifth relative to the South Korean won and by over one-tenth against the Malaysian ringgit, Philippine peso and Thai baht.

There are many reasons for the underlying strength of the dollar. Financial markets respond to risk and reward — and these are both changing in support of investments in the United States. Heightened risk in the global marketplace leads to a ‘flight to safety’ phenomenon in favour of US assets, even if the main shock originates in the US market as it did during the GFC.

Risk in the global economy is unprecedentedly high. Just as the world economy seemed to be exiting from a once-in-a-century pandemic, it now faces the first major war in Europe since World War II, volatility in key natural resource markets, stagflation in developed economies and the threat of a global recession. The IMF lowered its 2022 global growth forecast to 3.2 per cent, about one half of actual growth in 2021.

In terms of reward, the US Federal Reserve (Fed) has raised interest rates several times in 2022 to tame inflation. That significantly increases the return on safe assets in the United States. The market yield on benchmark 10-year US Treasury securities is 4.0 per cent as of October 2022, compared to 1.6 per cent in January.

Global risk and uncertainty are likely to persist for some time and the Fed intends to keep raising interest rates until inflation comes down. Many economists predict that this will take a recession, but the Fed has signalled that it is more concerned with inflation at this point. Asia needs to prepare for a continuing strong dollar, at least in the short-term.

It may appear that this is not all bad for export-orientated Asian economies, since weaker currencies make exports more competitive. But a large share of Asian exports is embedded in global and regional value chains According to the Asian Development Bank (ADB), Asia’s value chain linkages come to about two-thirds of its total trade — so cheaper exports will be offset by more expensive imported inputs. Trade as a proportion of Vietnam’s GDP rose from 19 per cent in 1989 to 209 per cent in 2020, with much of its trade embedded in global value chains.

Central banks of economies with ‘managed float’ exchange rate regimes, like most in Asia, can intervene to reduce the volatility of their currencies. This means that foreign exchange reserves will fall. Most East Asian central banks have kept plenty of foreign-exchange reserves since the Asian financial crisis, protecting them during the GFC and the COVID-19 shock.

But rapid reserve depletion could increase uncertainty. This may encourage East Asian economies to accumulate higher levels of reserves in the future. Falling currencies also increase the cost of servicing dollar-denominated debt, a critical concern for some South Asian and Southeast Asian economies. The region’s central banks have little choice but to tighten in their own markets, depreciating their currencies and selling dollar-denominated currency reserves, which will hurt liquidity unless sterilised.

More contractionary monetary policy will reduce domestic investment and consumption, suggesting that economies will have to engage in innovative aggregate demand management, including fiscal policy, to the extent they have the fiscal space to do so. This is the direction that East Asian developing economies seem to be taking and most are adapting well. Currencies are depreciating moderately in most cases. Interest rates are rising — perhaps inevitably with rising inflation — and foreign-exchange reserves are falling.

The ADB’s September 2022 update projects 5.1 per cent growth for Southeast Asia — up slightly from its April forecast. China’s growth in the third quarter came to 3.9 per cent, exceeding expectations and up from 2.5 per cent growth in the first half of the year. Fearing an economic slowdown, Beijing has refrained from increasing interest rates, instead focussing on defending the declining RMB. The depreciation of the RMB will put pressure on the currencies of East Asian economies competing with China in third markets.

Growth in South Asia is projected to be 6.5 per cent, but the performance across economies is mixed. India seems to be doing well compared to Northeast Asia, with the rupee depreciating by about 10 per cent. But Sri Lanka is in a crisis with no end in sight. Pakistan appears to be on edge with a respectable growth forecast of 6 per cent for 2022, but with low foreign exchange reserves. Despite the resumption of an IMF program in August, its currency has lost 30 per cent of its value so far this year.

A strong US dollar will likely continue for the near future and Asian economies need to prepare for a rough 2023. But most governments in developing Asia are so far doing an admirable job of walking the tightrope between sustaining growth and dealing with the strong dollar.

Michael G Plummer is Director of SAIS Europe, Eni Professor of International Economics at Johns Hopkins University and a non-resident senior fellow at the East–West Center.