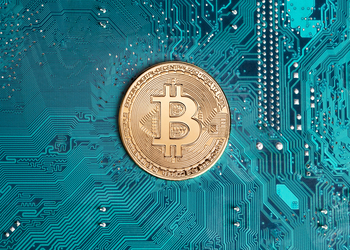 A lack of regulation surrounding how cryptocurrencies are being used by organized crime has left Latin American and Caribbean countries dangerously exposed, according to a new report.

Focused on the rising use of crypto in Argentina, Brazil, Colombia, El Salvador, and Mexico, this report by Global Financial Integrity (GFI) paints a picture of a region where technology has far outpaced the law’s ability to keep up.

Prior to considering the misuse of cryptocurrency, its use overall has been rapidly rising. From 2017 to early 2020, Latin America and the Caribbean accounted for 6% of Bitcoins worldwide. In 2020, this climbed to 15.8% and has continued to rise since.

Money laundering, extortion, fraud, and other crimes have climbed alongside it. Below, InSight Crime highlights three key takeaways from GFI’s report.

Perhaps the report’s loudest complaint centered on the patchwork of laws and regulations surrounding cryptocurrency in Latin America and the Caribbean.

A map of the region’s regulatory frameworks by country clearly highlighted the lack of robust control at the governmental level. Only six countries out of the 32 looked at in GFI’s 2021 regional roundup had enacted both “laws and regulations.” This ran the gamut from Bolivia banning crypto altogether to El Salvador making Bitcoin a legal currency.

In El Salvador, the GFI report looked at how, to spur domestic buy-in, President Nayib Bukele’s government provided Salvadorans with a $30 incentive to download the government-backed Chivo Wallet meant to store people’s private bitcoin holdings. While roughly 61% of Salvadors download the Chivo Wallet, numerous cases of hacking and security failures on the part of the wallet’s app have soured its reputation and highlighted how regulation has not risen to match the pace of technological advancement.

In Argentina, a country with crippling, long-term economic struggles, cryptocurrency has become one of many parallel financial alternatives which people have embraced to find “alternative methods of savings and investment,” the report found.

The country has moved swiftly to crack down on cybercrime through cryptocurrency, partly due to obligations to do so as part of international financial support plans. The country’s Attorney General’s Office has created a specialized cybercrime unit (Unidad Fiscal Especializada en Ciberdelincuencia – UFECI). While the country has not reported many instances of organized crime using cryptocurrency in Argentina, one man was jailed in September 2021 for allegedly laundering hundreds of thousands of dollars for Mexican drug traffickers through Bitcoin.

Speaking of Mexico, GFI identified the country’s 2018 Financial Technology Law as a rare example of strong regulation in this field and a regional standard. While it provides a solid roadmap for control and accompanying the growth of crypto, it still needs updates regarding anti-money laundering policy. This is especially pertinent considering how Mexican organized crime has rapidly harnessed cryptocurrencies.

GFI noted the increase in the use of cryptocurrencies in transnational criminal organizations and cartels laundering money, especially the Jalisco New Generation Cartel (Cartel Jalisco Nueva Generación – CJNG) and the Sinaloa Cartel.

The decentralized nature of cryptocurrencies compounds these money laundering risks as information specific to the individuals making transactions is harder to keep track of. Not only can users trade in digital currencies with anonymized wallets, but they can also switch between different blockchains.

This means they can convert currency from Bitcoin to Ethereum, for example, and take advantage of the fact little to no information is required to do so. According to Chainanalysis, a firm specializing in crypto-crime research, such tracking requirements are often nonexistent for cryptocurrency conversions, adding an additional layer of coveted anonymity for money launderers.

Here again, the lack of regulation in the region was faulted by GFI for inviting greater quantities of money laundering activity. And in Venezuela, the money-laundering risks posed by using different crypto-currencies have been particularly acute.

In 2018, Venezuela launched its own digital currency, the Petro, to evade international economic sanctions. In 2021, InSight Crime reported that, while the Petro soon floundered, it “provided cover for the Maduro regime to create structures that would allow corrupt military leaders to launder money in the form of the cryptocurrency exchanges,” according to one expert.

Lastly, the confluence of minimal regulation and a budding understanding of these currencies has led to some spectacular and wide-reaching scams in the region.

Brazil, in particular, was singled out in the GFI report for having weathered multiple pyramid schemes where criminal organizations have preyed upon eager populations looking to cut their teeth in an emerging speculative trade. The country has the highest adoption rate of cryptocurrencies in Latin America and one of the highest in the world.

However, as the country’s economy has slowed, there has been a proliferation of get-rich-quick schemes targeting “eager Brazilian users that are looking for high returns.” In 2019, over 55,000 victims were defrauded as part of a pyramid scheme estimated to be valued at $195 million. A company in the southern state of Rio Grande do Sul was gathering unauthorized cryptocurrency payments, promising investors an impossible 15% return within a month.

Acácio dos Santos promised monthly returns of 10% to cryptocurrency investors, gathering $67 million over the course of seven years from applicants across Brazil. At least 21 other people were allegedly involved, including his wife, business associates who reportedly helped launder the money, financial experts who masked the transactions, and smaller operators who were in charge of expanding the pyramid scheme in specific areas of Brazil.

Troublingly, Acácio dos Santos expanded the reach of his pyramid scheme partly by tapping into his connections at the evangelical Universal Church of the Kingdom of God (Igreja Universal do Reino de Deus), a charismatic church with millions of members.