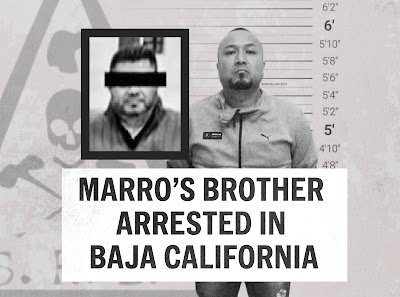 The Arrest of El Rudy

On November 8, 2022, during the presidential morning, authorities announced that the brother of El Marro had been arrested. (Seen at approximately 46:44 during the official video released of the press conference) 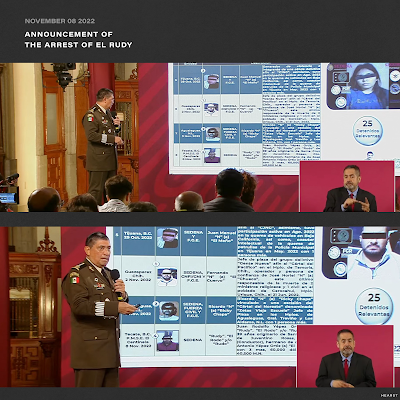 Luis Cresencio Sandoval, the head of the Army (SEDENA), told reporters that Marro’s brother had been captured by military personnel earlier that morning in Tecate, in the state of Baja California. This brother is named Juan Rodolfo Yépez Ortiz, 39 years old, and he goes by the aliases “El Rudy”, “El Rodo” or “El Rudo”. 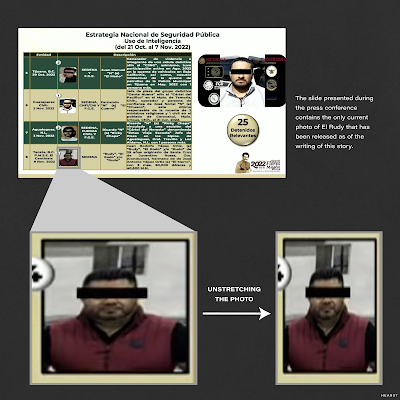 This appears to have not been a targeted attempt to capture him but instead was due to happenstance, according to the official version of events.

Sandoval described his capture by saying “at the Army’s El Centinela Strategic Security Military Post, four people were detained. A search of the vehicle and the four people was carried out, and 60,000 USD and 40,500 pesos were found. They could not legally justify how they acquired this cash . Among the detainees is the brother of ‘El Marro’.” 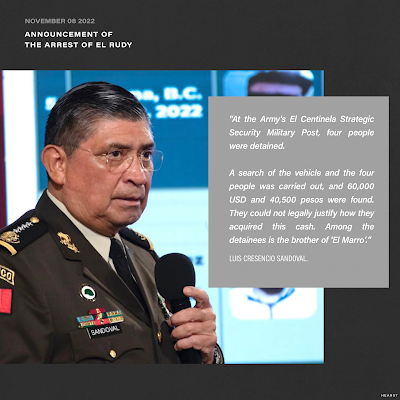 So, why was El Rudy at a military post to begin with? So far authorities have not released those details however it’s worth noting what we know about El Centinela. 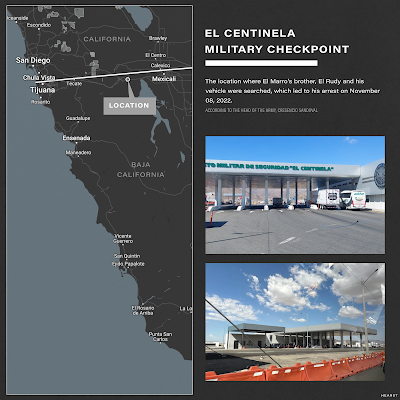 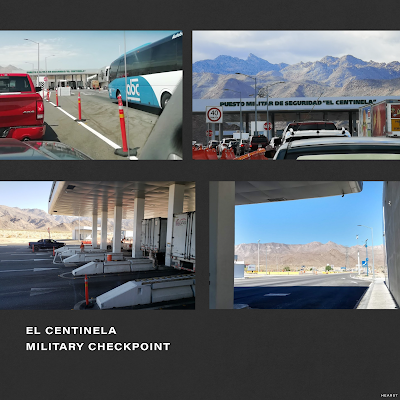 The military security checkpoint was built in 2018 near the city of Tecate, Baja California. The governor said it was constructed for the purpose of “surveillance protocols, and it will speed up the tasks of vehicle review and increase traffic flow to the benefit of all motorists of this highway,” citing the 3.7 million vehicles which use the Centinela-Rumorosa highway every year. 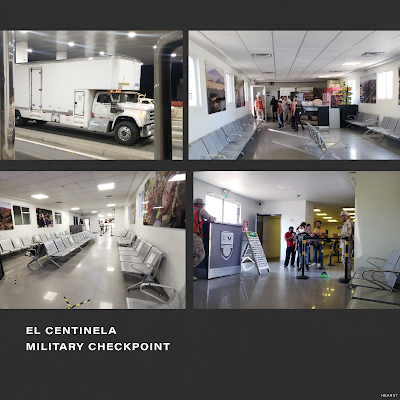 He also noted that “it is also a route used by those who seek to transport prohibited substances, therefore, this infrastructure will contribute greatly in the protection of this highway against the smuggling of drugs, firearms, stolen vehicles and prohibited items.” The facility includes a waiting room for people getting off buses and public restrooms.

Photos of the cash seized, booking photos of El Rudy or the others arrested alongside him have not yet been released. The charges the prosecutor plans to pursue against Rudy has also not been released.

What do we know about Marro’s brother?

Born from parents Rodolfo Juan Yépez Godoy and María Eva Ortiz, Juan Rodolfo Yépez Ortiz was born in Santa Rosa de Lima in the state of Guanajuato. He is just one of at least four siblings that we know of. His sisters are Karen (sometimes spelled Karem) Lizbeth and Juana Yépez Ortia, and his brother is José Antonio Yépez Ortiz, alias “El Marro”. 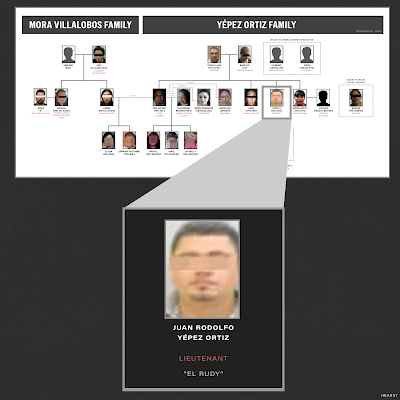 His mother Doria Villalobos Cabal acted as the organization’s paymaster. She personally handed out cash payments to dozens of individuals who were acting as halcones on behalf of the group. She also mobilized and paid hundreds of people to confront the security elements when they tried to enter into CSRL strongholds.

Rudy’s father was arrested on March 6, 2017, for driving a stolen vehicle however he was released in June because of a lack of evidence against him.

In August 2020, El Marro was arrested by federal authorities. Soon after his arrest, many newspapers ran articles with headlines asking if Marro’s brother or father might now take over his role as leader of the cartel.

Of note, later that month it was widely reported by sources such as El Universal and The Yucatan Times that Karen had acted as a financial operator for the Cartel de Santa Rosa Lima (CSRL) when El Marro headed the group. 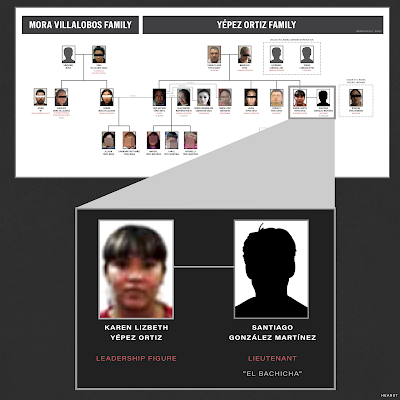 Karen is alleged to have taken over a high level role in the CSRL since Marro’s capture. In September 2022, identical banners were hung in nine different municipalities of Guanajuato which alleged that the recent assassination of the Celaya mayor’s son was ordered out of “the same prison where that filthy dude Marro is being held, and the attack itself was organized by his sister Karen.”