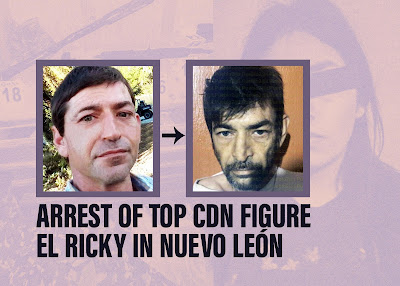 Ricardo Chapa, alias “El Ricky”, one of the top leaders within the Northeast cartel (Cártel del Noreste, CDN), was arrested in Nuevo León.

On November 02, 2022, a group of law enforcement officials raided a home located on Matamoros street in the center of the town of Agualeguas. This municipality is located in the northeastern part of the state of Nuevo Leon, as shown on the map below, and it borders the Tamaulipas region known as La Frontera Chica, an area hotly contested between the two cartel groups of CDN and the Gulf Cartel’s (Cártel del Golfo, CDG) Los Metros faction. 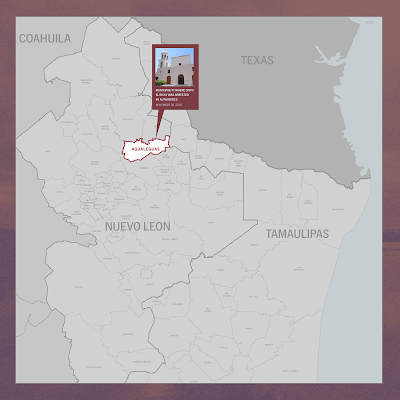 El Ricky had a warrant out for his arrest based on charges of kidnapping and extortion. A team of personnel from the state Attorney General’s Office (FGE), the Fuerza Civil (state police), and soldiers from the Army conducted the raid. 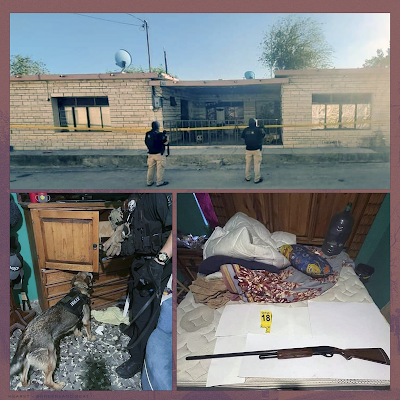 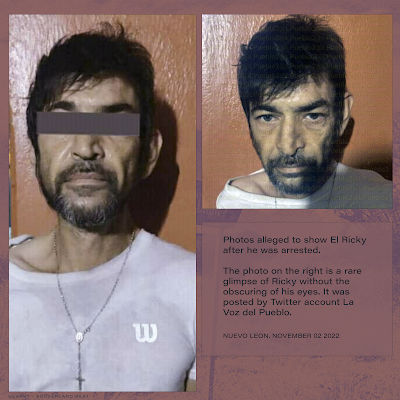 Inside they found Ricardo Chapa, alias “El Ricky”, an important CDN leadership figure as well as a 20 year old woman named María Belén. Both were arrested by authorities and the house was searched further. 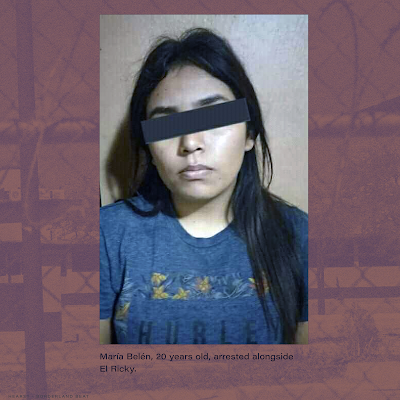 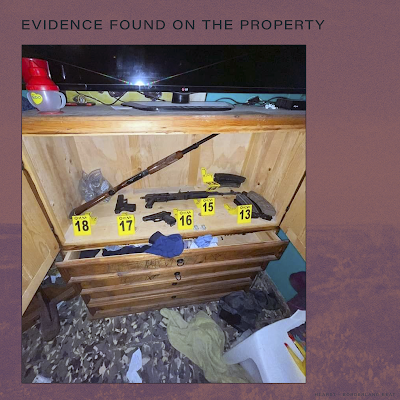 It’s interesting to note that only after El Ricky was successfully arrested, did authorities reveal to the public that Ricky’s mother and brother were arrested months earlier. 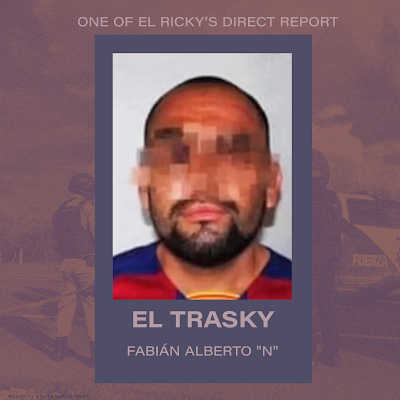 El Ricky is alleged to have started out his criminal career as a member of Los Zetas. After the Zetas fragmented, he joined up with one of its splinter groups: Cártel del Noreste. He spent most of his time in a leadership role for CDN forces battling for territory against CDG forces in the US-Mexico border region of Tamaulipas, called “Frontera Chica”. 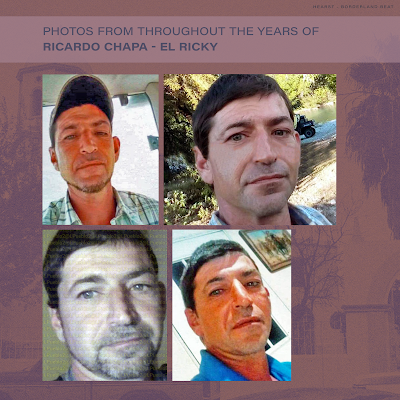 In particular, he is believed to have helmed attempted pushes by CDN into Miguel Alemán and Camargo municipalities. As a part of these efforts, Ricky is alleged to have planned the November 2020 murder of Francisco Leónides Cruz, the police chief of Dr. Coss municipality. He has also been tied to multiple attacks on state police that occurred in May 2021, in Nuevo Leon. 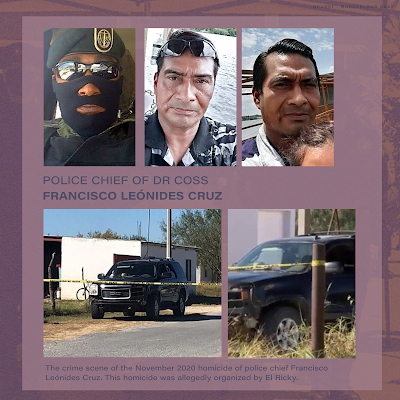 State authorities have previously alleged that Ricky had men operating in the municipalities of Agualeguas, Cerralvo, General Treviño, and Los Aldamas. El Ricky was further discussed in earlier stories such as this and this. 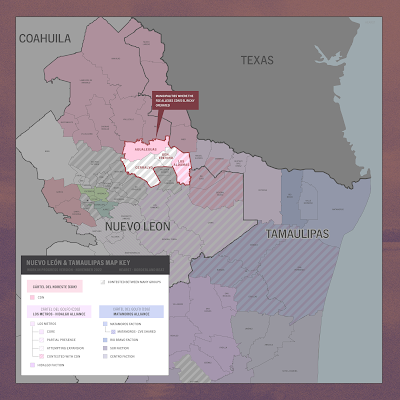 In October 2022, the social media account Pedro96 claimed that Ricardo Chapa, aliases “El Ricky”, was reassigned and was now working as “one of the main lieutenants of the Treviño Morales clan and head of the CDN’s Operativo Coahuila group.”

Operativo Coahuila is allegedly the name given to CDN’s attempted push, not to the east into Tamaulipas, but instead to the west, into the neighboring state of Coahuila. 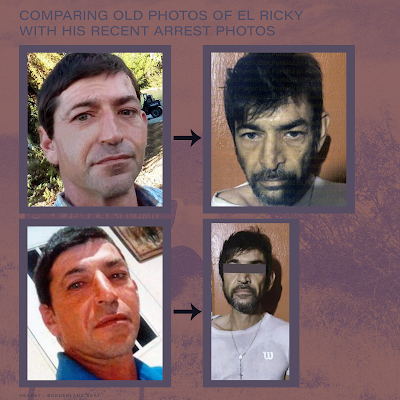 In the new arrest photos of El Ricky, he appears to have lost a significant amount of weight and his face looks more gaunt then before. This may indicate that El Ricky has acquired a drug habit or has fallen ill in recent years.

The Current Leader of CDN According to State Police

According to newspaper La Silla Rota, state police confirmed to reporters that El Ricky is an important figure within CDN, however he is not the group’s overall leader.

The cartel’s previous leader, El Huevo, was arrested in March 2022, and it has been unclear who took over his role. However, we may have just gotten our first clue.

A police spokesperson said that, instead of El Ricky, “the current leader is Z-210, who was brought in from the Tamaulipas coast.”

It’s worth noting that no newspaper other than La Silla Rota chose to print this quote, despite the fact that an official Fuerza Civil (state police) spokesperson revealed this information at a press event. 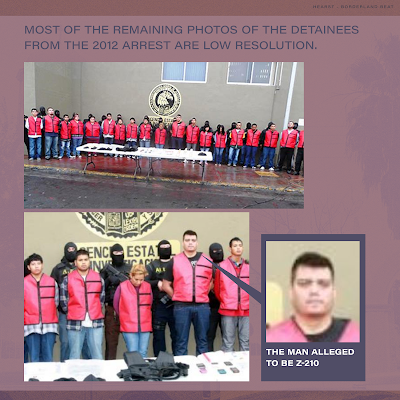 So, who is Z-210? State authorities may be referring to Heriberto Manrique Ríos Gutiérrez, alias Z-210, a Los Zetas member who has flown under the radar of the press for the last decade.

Although it should be noted that it is always possible that another cartel figure has chosen to use the Z-210 alias, as the practice of recycling names of previous members is quite common within cartel groups.

One of the only times Heriberto Manrique Ríos Gutiérrez was written about in the press was back in 2012 –  when Nuevo Leon police arrested a 24 member group of Los Zetas who were operating near Guadalupe and Doctor González. This cell was led by Irma Valentina Ramos Espinoza, alias “Comandante Rojo” and it  included 5 municipal police men and a former Marine named  Fernando Rosales Murillo, alias “El Sonrics”, who was 29 years old. 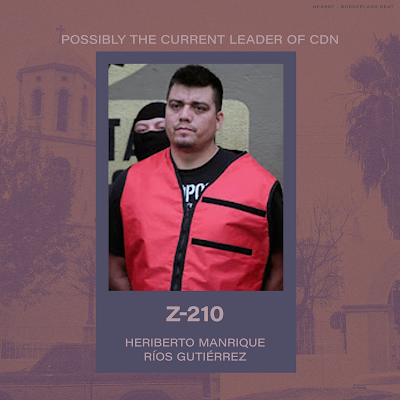 Following their arrest, 19 of the 24 were presented before the press at FGE facilities. The five who were not presented alongside them were minors and legally prohibited from being shown. Because of new laws barring the Mexican press from showing the faces of those not yet convicted of a crime, most of the photos taken at this event have been erased from the internet however some remnants can still be found online.

No newspapers have covered or made reference to Z-210 since this 2012 arrest. Whether Heriberto Manrique Ríos Gutiérrez went on to now lead CDN, or if another cartel member has simply adopted his alias is unknown at this time.

Additional Photos of the Items Seized During the Raid 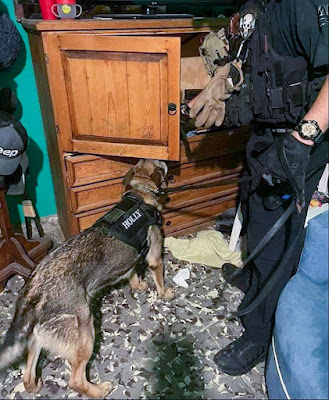 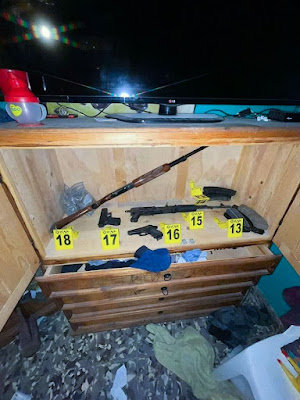