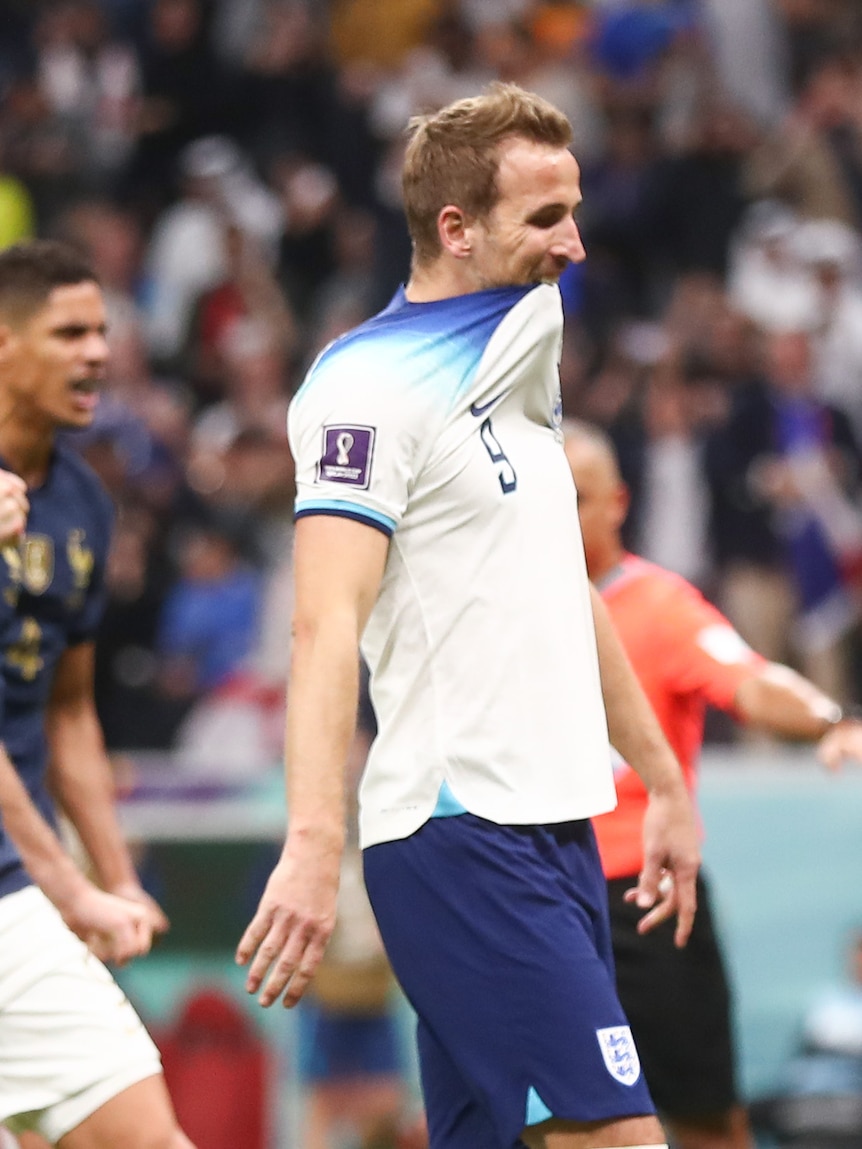 Goals by Oliver Giroud and Aurelien Tchouameni gave France a 2-1 win over England that took the holders into a World Cup semifinal with Morocco, after Harry Kane equalised from the spot but then blazed a second late penalty over the bar.

They had to work hard for their win though as the first tournament knockout match between the two old sporting rivals maintained the excitement of this extraordinary quarter-final weekend.

France went ahead after 17 minutes, breaking as England were still complaining about a foul not given on Bukayo Saka.

Antoine Griezmann rolled the ball invitingly into the path of Tchouameni, whose low shot flew just inside the post and beyond goalkeeper Jordan Pickford.

England eventually got going, pushing and probing, though without too much precision.

France keeper Hugo Lloris was quick off his line to save at the feet of Kane, then parried another drive from England’s captain.

Lloris was in action again at the start of the second half, tipping a fierce Jude Bellingham shot over the bar as England came out full of purpose.

Saka, who had looked their most threatening player in the first half, was then tripped by Tchouameni and Kane smashed the penalty high beyond his Tottenham Hotspur teammate Lloris to draw level with Wayne Rooney as England’s record scorer on 53.

England was buoyed by the goal and playing with huge confidence as centreback Harry Maguire brushed a post with a header.

France then hit back as Griezmann swung in a cross that Giroud did brilliantly to reach in front of Maguire and plant his header into the net for his fourth goal of the tournament.

England was given another lifeline via VAR when Theo Hernandez flattened Mason Mount, but Kane sent his spot kick wildly over the bar six minutes from time.

England pushed for an equaliser but when Marcus Rashford’s added-time free kick fizzed just over the bar they fell to a seventh defeat in 10 World Cup quarterfinals.

“We know how many penalties Harry has scored for us,” England midfielder Jordan Henderson said after the match.

“He scored the first one and how many goals he has scored to get us here … he’ll be stronger for it in the long run I’m sure. He’s a world-class striker and our captain and we wouldn’t have even been here without him.”

“For me, we win and lose as a team and we’ve let a couple of goals in and missed a few chances,” he said.

“Harry has been incredible for us, so reliable in those sorts of situations. We wouldn’t be here, but for the number of goals he scored for us.”

England had been confident of a good showing in Qatar after reaching the World Cup semi-finals in 2018 and the final of the European Championship last year.

“It feels like a missed chance because I felt the performances were really good and the focus and the hunger was good every single day,” Henderson added.

“You’ve got to give credit to France, they’re a good team. But I think I felt it was there for us to win tonight. “

France will now face underdogs Morocco in the semifinal after they stunned Portugal earlier in the day.

Argentina and Croatia will face off in the other semifinal.