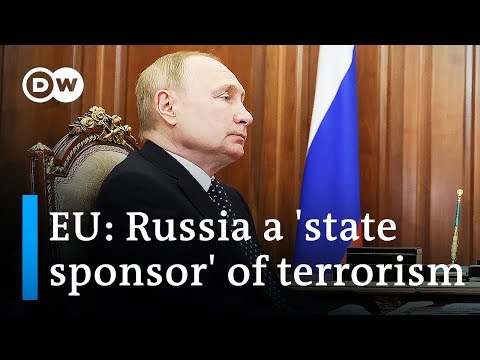 The EU Parliament declaration is symbolic but it does call for new sanctions and further isolation of Russia.

KYIV — The European Parliament on Wednesday adopted a resolution declaring Russia as a state sponsor of terrorism because of Moscow’s strikes on civilian targets, at the same time as Kyiv’s military administration reported three people were killed and half a dozen injured in a Russian missile strike on Ukraine’s capital.

“The deliberate attacks and atrocities committed by Russian forces and their proxies against civilians in Ukraine, the destruction of civilian infrastructure and other serious violations of international and humanitarian law amount to acts of terror and constitute war crimes,” the Parliament said.

The resolution was adopted with 494 votes in favor, 58 against and 44 abstentions.