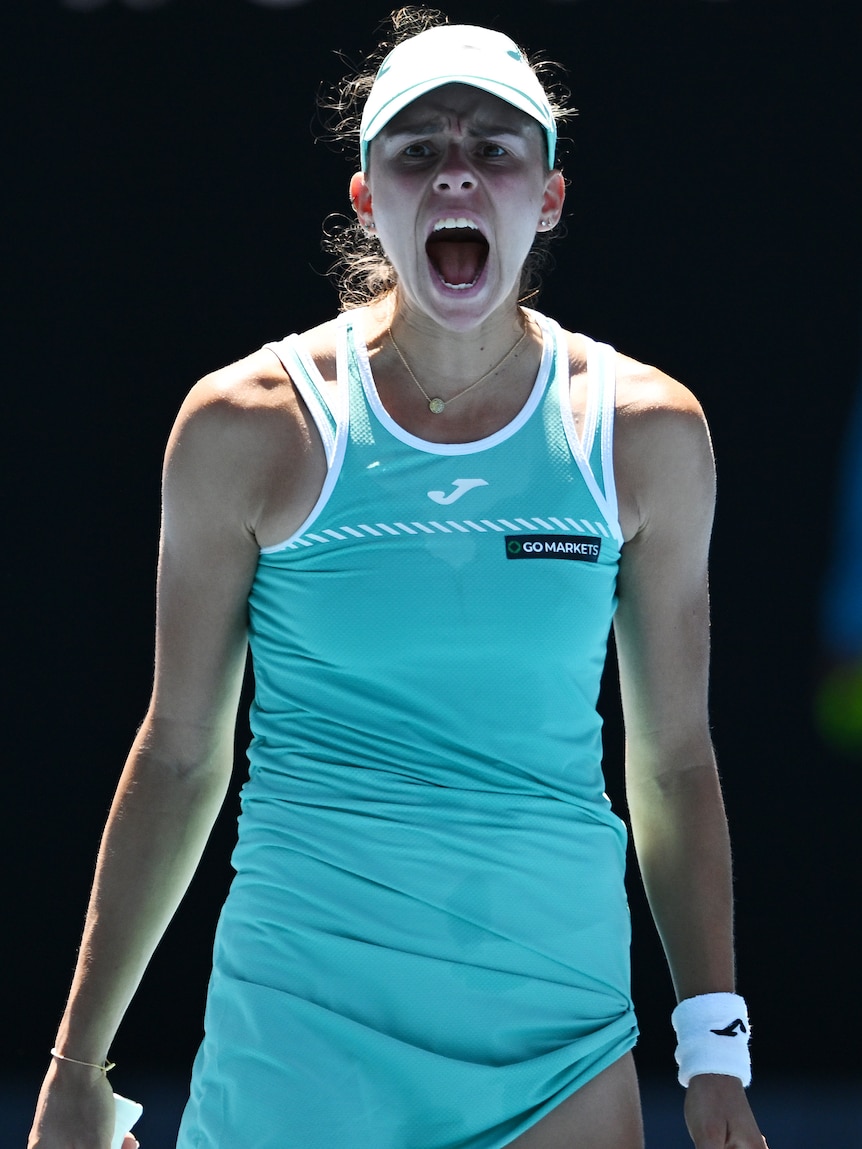 It is the first time Linette has reached the quarterfinals of a major.

Her opponent in the last eight will be former world number one Karolína Plíšková of Czech Republic.

She blew through a near-flawless first set in just 21 minutes, pummelling 15 winners and six aces in the process.

Plíšková will be playing in her fourth Australian Open quarterfinal when she meets Linette.

Aryna Sabalenka showcased her awesome power by blasting 32 winners to charge into the quarterfinals for the first time at Melbourne Park.

The world number five continued her perfect start to the year with a 7-5, 6-2 win over 12th-seeded Swiss Belinda Bencic in Monday’s first match on Rod Laver Arena.

Bencic raced to a 4-2 lead but won just one of the next six games, dropping the opening set with a double fault.

Sabalenka’s superior serve was telling as she ran away with an eighth consecutive straight-sets victory of the year in one hour and 27 minutes.

“I’m super happy with the win today,” the Belarusian said.

“Bencic is an unbelievable player, she played so good, and I’m super happy with the level today.”

Sabalenka has spoken about trying to be more “boring” on the court — or keeping her emotions in check — and did not drop her head when down a break early.

“It takes me a little while to understand that negative emotion is not going to help you on court,” Sabalenka said.

“You just have to stay strong and believe, no matter what, and do everything you can to get back in the score and to win the match.”

Sabalenka has made the semifinals of a major three times in the last two years.

The 24-year-old will meet Donna Vekić for a place in the semifinals after the unseeded Croatian secured a 6-2, 1-6, 6-3 win over Czech 17-year-old Linda Fruhvirtová.