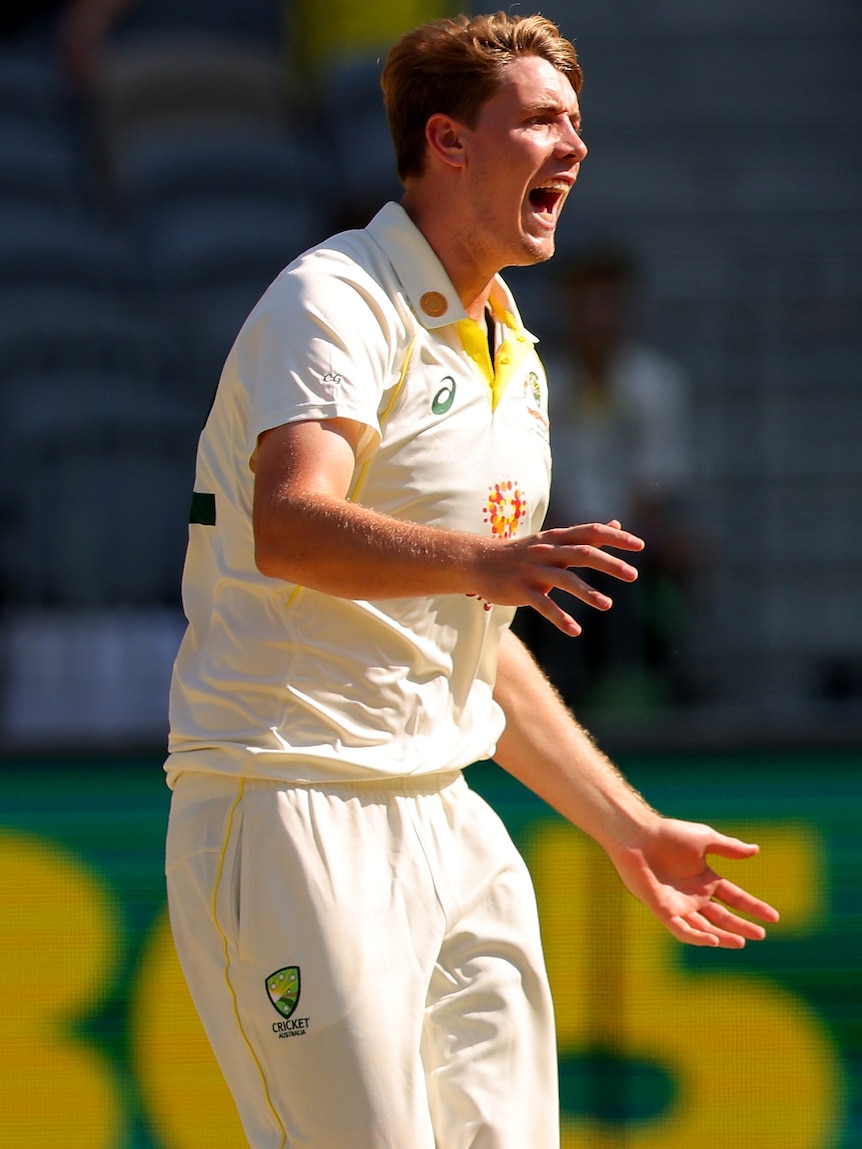 Cameron Green has not felt needed in Test cricket for Australia of late, which is why he says it has been a “weird” summer on a personal level so far.

Australia’s emphatic series win over West Indies — in which the top order dominated — and its victory in the first Test against South Africa — achieved inside two days — meant all-rounder Green was often surplus to requirements with bat and ball.

He did not even bat in the first Test against West Indies in Perth, while he has only been called upon to bowl 32 overs across the three Tests so far this summer.

The last time the 23-year-old had a long stint batting in the longer format was when he made 79 in the first Test against Sri Lanka in Galle back in July.

“I only bowled three overs for the game and batted about 20 balls,” Green said of his latest Test against South Africa.

“It has definitely been a weird start to the summer for myself, not having to do too much.

“Being the all-rounder you are kind of like the guy to help out if the team needs. At the moment it feels like I am not really needed in a way, but that is obviously a sign of how well we are playing.

“As a teammate watching how well the guys are playing, it is pretty awesome to see.”

Despite his lack of involvement with the bat and ball, Green said he was in a good mental space ahead of the second Test against the Proteas starting on Boxing Day at the MCG.

“Batting-wise at training I am hitting the ball well,” Green said.

“If you don’t get much game time that is the only way you can tell how you are going.”

Green was at the crease when Australia won the first Test at the Gabba by six wickets, courtesy of Proteas paceman Anrich Nortje sending down a delivery that went flying over his head and past the wicketkeeper for five wides.

He agreed that Nortje was a frightening prospect, but added Australia would be ready for him at the MCG.

“He has shown over the last couple of years what he can bring to a team … that raw pace,” Green said.

“You don’t get to face it too much, facing 150 [kilometres per hour]. I think most of the batters are happy they got to face that.

“If we can withstand that, and we know we can, it gives us a little insight into how to face him at the MCG.”