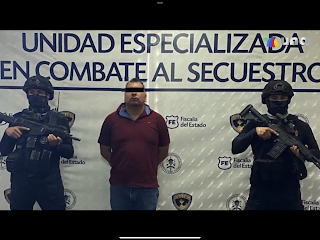 Guadalajara authorities are conducting an internal investigation in the Public Security Department, after allegations of leaks from criminal cells.

The legal process is advancing against Pablo Heriberto “N”, the man who for 24 years worked as a police officer in Guadalajara, a profession where he operated a gang dedicated to kidnapping in the area. Pablo Heriberto “N”, provided protection to the gang using confidential information. His capture was reported last August through a press release, the former police officer was arrested along with three other people. He was recently linked to criminal proceedings and will spend eight months in custody. However, he is not the only element that has been arrested.

For various crimes, Guadalajara authorities say that during the last year there are four police officers facing justice, currently an internal investigation is being conducted. “The internal affairs department is working to ensure that the elements are not only well qualified, but that they are doing their duty and not involved in a crime, or with any criminal group,” said Pablo Lemus, mayor of Zapopan.

Also on the list of processed police officers is Alejandro “G”, an element from Guadalajara arrested last October for robbing a house in Zapopan with a loot of about 250,000 pesos. 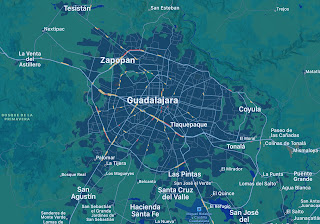