‘He was a giant of a man’: Former Swans and Bulldogs star Barry Round dies aged 72 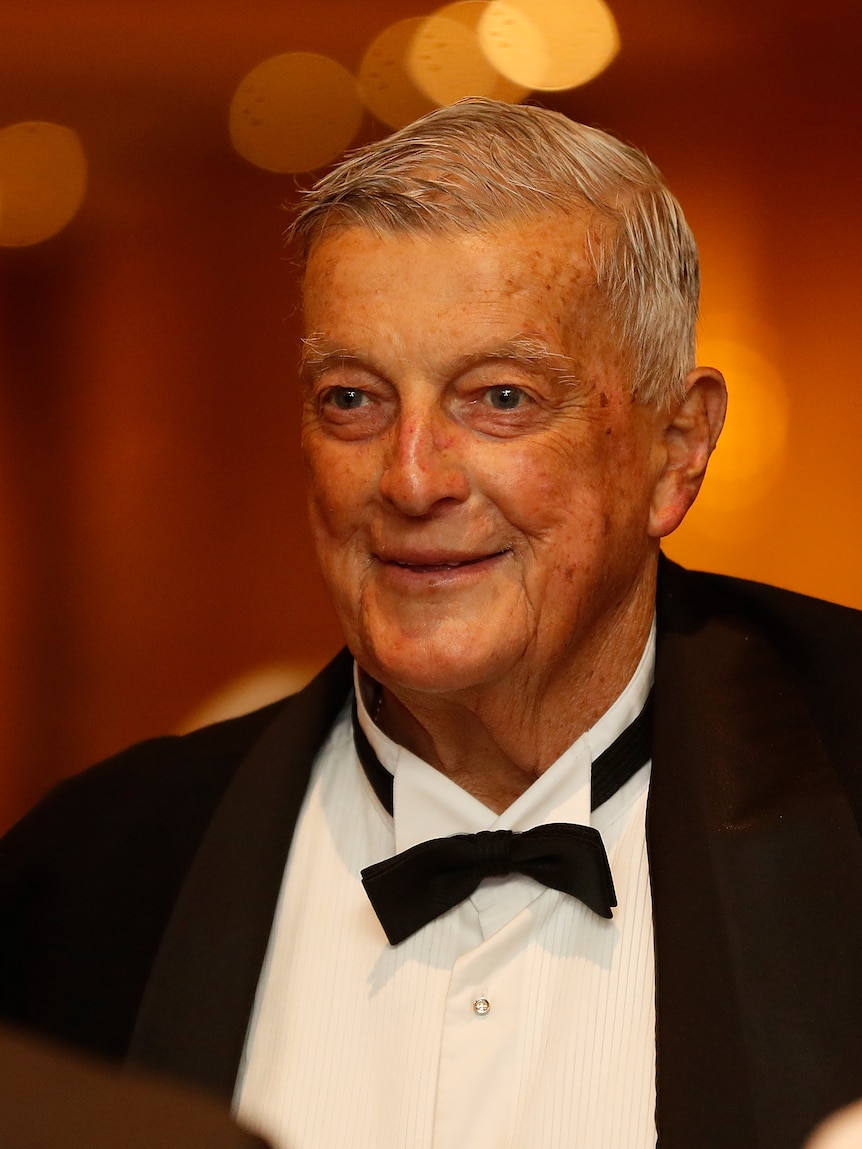 Barry Round, the 1981 Brownlow medallist and first captain of the Sydney Swans, has died aged 72.

Round played 328 games in the VFL between 1969 and 1985, playing for Footscray, South Melbourne and Sydney, before becoming captain-coach of Williamstown, leading them to the 1986 and 1990 VFA premierships.

The Williamstown Football Club announced Round’s passing via its website this morning.

The ruckman from Warragul, east of Melbourne, was inducted into the Australian Football Hall of Fame in 2001.

Round joined Footscray in 1969 as a 19-year-old via the VFL zone, and said he was shocked to find streamers and balloons had been used to decorate the rooms to celebrate his debut in round one of that season against Fitzroy at Princes Park.

“I thought it was a bit over the top for me and another debutant, Richard Radziminski, but a lovely touch all the same,” he told Channel 7’s The Front Bar.

“Then someone explained it was actually Ted Whitten’s 300th game.”

Footscray would go on to win the game by 56 points, with Round collecting 14 touches and kicking two goals, three behinds in the first of 135 games he would play in the red, white and blue.

Famously cut by coach Billy Goggin at the end of the 1975 season following two difficult campaigns where Round only kicked five goals after booting 131 through his first five years, Round joined South Melbourne and made an immediate impact for the Swans.

Winning the Brownlow alongside former teammate Bernie Quinlan in 1981, Round was then forced to lead the Swans through their tumultous move from South Melbourne to Sydney as the VFL looked to expand outside Victoria.

“The move itself shifting the Swans from South Melbourne to Sydney was very traumatic,” Round told Code Sports.

“It tore the club apart. We had meetings at the end of the 1981 season to discuss our future. The options were to wind us up, to amalgamate with St Kilda, or go to Sydney.

“The last game in 1981 was at the Lake Oval against North Melbourne and the cheer squad were dressed in black and the banner was black. The fans were crying, it was a terrible day. Some players said they weren’t going to Sydney and you can’t blame them.”

Sydney chairman Andrew Pridham said Round’s influence during the early years of the move had been crucial to the club’s eventual success.

“He was an outstanding player and forged such a decorated career,” Pridham said.

“But his impact at the Swans reaches far beyond the playing arena.

“He was among those who led the club through the turbulent relocation era in the early 1980s and his support and influence were crucial to the move ultimately going ahead, in the face of much opposition.”

Staying in Sydney until the end of the 1985 season, Round moved back home to lead Williamstown in the VFA, playing 110 games between 1986 and 1991.

“Barry Round was a giant of a man, in more ways than one,” Williamstown president Clint Rippon said.

“In his presence everyone stood taller. He gave so much of himself both on and off the field. His undeniable footballing talents will forever be etched into the history of our club and the game of Australian Rules.

“There is no doubt he is a true icon of the Williamstown Football Club and we are incredibly fortunate that he called our club home. We are saddened to lose him and send our deepest condolences to the Round family.”

Round had been living at Miami on the Gold Coast for the past few years.

Round is survived by his partner, Jenni, and children Natalie and David.