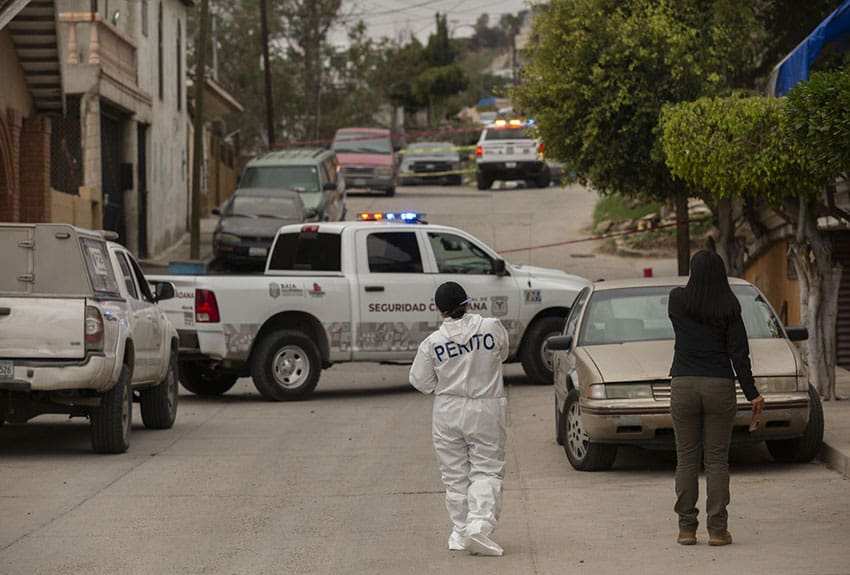 There were 30,968 homicides in 2022, according to data presented by Security Minister Rosa Icela Rodríguez at the president’s regular press conference on Tuesday.

Still, Rodríguez chose to highlight that homicide numbers have trended downwards since López Obrador took office, whereas they increased significantly during the six-year periods that former presidents Felipe Calderón and Enrique Peña Nieto were in power.

She also noted that last month was the least violent December in six years, with 2,530 homicides.

The last 12 months of data show that Guanajuato retained the unenviable title of Mexico’s most violent state in 2022 with 3,260 homicides. The state is home to popular tourist destinations such as San Miguel de Allende and Guanajuato city, but most violence in the state is concentrated outside those municipalities.

Rodríguez noted that homicides in the Bajío region state declined 7.3% compared to 2021, when 3,516 murders were recorded.

Just under half of all homicides last year – 48.6% – occurred in Guanajuato and five other states: Baja California, México state, Michoacán, Jalisco and Chihuahua. The good news for those states was that they all had fewer homicides in 2022 than in 2021, with Chihuahua seeing the largest decline: an 18.7% drop to 1,974 murders.

Rodríguez said that homicides across 50 highly violent “priority” municipalities fell 11.7% last year compared to 2021, although murders increased in Tijuana, which was Mexico’s most violent city in 2022.

The security minister also presented 2022 data for a range of other crimes. Among the crimes whose incidence declined last year compared to 2021 were:

Among those whose incidence increased were firearms offenses and highway robbery of transport trucks.