How Did the Castedo Clan Run the Drug Trade in Northern Argentina? 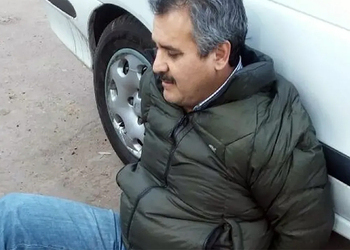 The prison sentence handed down in early December to the leader of the Castedo Clan, one of Argentina’s major cocaine trafficking organizations, has confirmed the group’s extensive connections to authorities and how they came to dominate the drug trade with Bolivia.

Reynaldo Delfín Castedo was sentenced to 16 years on charges of leading an illegal group dedicated to drug trafficking and money laundering, according to a December 7 press release from the Attorney General’s Office of Argentina.

The year-long trial took place in the Salta province, northwestern Argentina, where Delfín Castedo and his family clan oversaw their trafficking activities. For 17 years, between 1999 and July 2016, Delfín Castedo directed the clan in Salta, which shares a border with Bolivia, and transported around four tons of cocaine from Bolivia towards Europe, by way of the Argentine cities of Rosario and Buenos Aires, each month, according to a report by Argentine media outlet La Nación.

In addition to his sentence, courts seized Castedo’s 19,954-hectare farm, “El Aybal,” located on the border with Bolivia in Salta province.

Six others received sentences ranging from three to nine years in prison for illegal activities tied to the Castedo Clan, including Delfín’s ex-wife Melba Carmen Araujo, and Raul Castedo, Delfín’s brother, who the courts considered to be in charge of procuring cocaine in the Bolivian city of Santa Cruz.

Prosecutor Carlos Amad told the court that under Delfín Castedo’s leadership, the Castedo Clan had been one of the few Argentine criminal groups that had the capacity to traffic tons of cocaine from Bolivia to Europe, transiting through Argentina.

In 2015, Castedo himself was tied to even larger operators, including Carlos Salvatore, the lawyer and central figure in the 2015 Carbón Blanco (White Charcoal) trial, one of Argentina’s largest-ever drug trafficking cases.

The conviction of Delfín Castedo has revealed the extent of his family clan’s connections with corrupt state representatives around Salta. But its leader’s downfall has done little to dent overall drug trafficking in Argentina.

The Castedo Clan’s network of corruption in Salta included the security forces and actors in the provincial and federal justice system. Judges like Raul Reynoso informed Castedo of each wire-tapping order against him, while late former congressman Ernesto Aparicio owned a farm that backed onto Bolivian farmland owned by Castedo’s sister that was used by the clan to move drugs, the Attorney General’s Office said. This use of land, including El Aybal farm, was central to the Castedo Clan’s strategic dominance on the border between Salta and Bolivia, official reports noted, providing them with the ability to move large quantities of cocaine from Bolivia into Argentina with near total impunity.

The border between Bolivia and Salta has been one of the most important entry points for cocaine produced in Santa Cruz de La Sierra into Argentina. From Salta, the drug travels along Route 34 to port cities such as Rosario — long the hub of cocaine trafficking out of Argentina — and the capital, Buenos Aires, before being transported to Europe.

Despite Castedo’s conviction, Argentina’s wider drug trafficking problems will not relent, the Argentine prosecutor in the case, Carlos Amad, told InSight Crime. Though reduced, drug seizures and investigations into the criminal groups that move drugs continue, he said. In 2019, InSight Crime reported that the Castedo Clan continued operating. But the clan’s power has diminished over time, Amad confirmed.

No other unified organization of the level of power of the Castedo Clan has emerged around Salta province. However, small criminal groups have established drug transport routes along the border and towards Rosario. The route along the Paraná River waterway has boomed as surveillance around Salta by authorities has increased. Meanwhile, cocaine shipments out of Rosario have continued apace. In August 2022, some 1,600 kilos of cocaine were seized in the city, allegedly on the way to Dubai. A year previous Rosario played an integral role in the shipment of Europe’s then-largest ever cocaine haul, when 23 tons were seized.