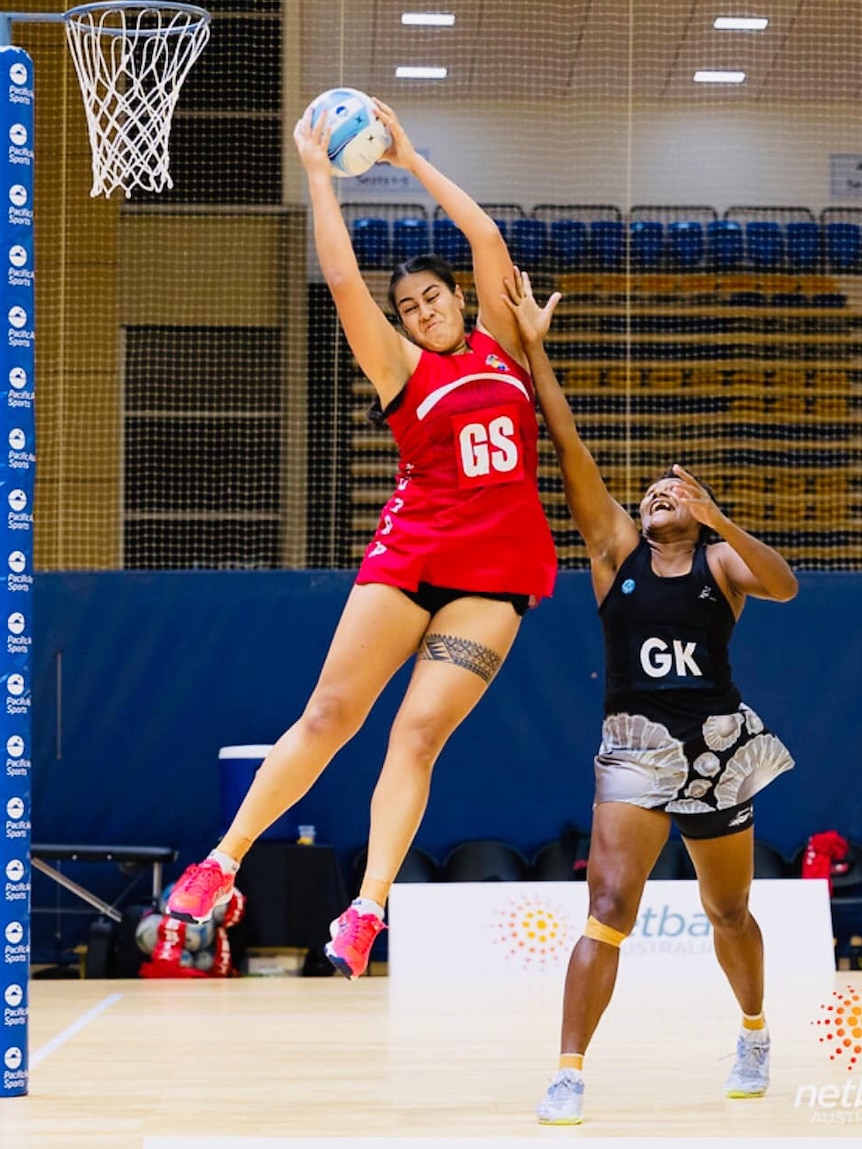 They were once netball’s underdogs, but the Tongan Tala are now on an undefeated streak after three international tournaments this year.

It is a winning streak the Pacific has never seen before, placing Tonga firmly at the top of the ladder in the region.

“On the last trip we did, our bus driver was in tears,” head coach Jaqua Pori-Makea-Simpson said.

“Our girls made him feel such a part of what we were doing. The impact the players have on people is the reason we connect and succeed on the court.”

Fiji and the Cook Islands were the original titans of netball in the Pacific, going as far back as the 1970s, but this year Tonga has leapt over its rivals.

In 2018, they were ranked 42nd in the world, and they started this year with no ranking at all.

Now, they’re the only Pacific team in world’s top 10.

“Our rise this year feels extraordinary … I still don’t think it’s sunk in for me about what we’re achieving,” Pori-Makea-Simpson said.

Tonga’s lift off began in March.

Sydney hosted the first of two PacificAus Netball tournaments for the year, but Tonga was still in a COVID lockdown, and it had been two years since a national team had formed.

Pori-Makea-Simpson pulled together players from Australia and New Zealand across eight different cities in order to gather a squad together.

“Most of us met for the first time at Sydney airport,” she said.

“Generally, you can pick them because they’re quite tall.”

The team went on to win the championship. They took down traditional powerhouse Fiji 68-54 in the grand final.

Four months later, they proved the result was not a fluke with another undefeated tournament at the Oceania Championships, securing qualification for the 2023 Netball World Cup in South Africa.

Tonga had never before made the cut for a global netball event.

After the World Cup qualification, the Queen of Tonga bestowed the previously unnamed team the title of “Tala” – a pure white sea diving bird known for its strength and endurance. The Tala is considered a good omen in Tonga.

Queen Nanasipau’u continues to send her royal well wishes to the team and will meet the players next month when they travel to Tonga for an “acknowledgement and celebration” tour.

“We don’t necessarily have netball fans at netball, we just have very proud Tongans,” Pori-Makea-Simpson said.

“It makes you realise what we are doing is more than about the game or our sport.”

The Tala have boosted popularity of netball in Tonga, which had experienced a decline in recent decades.

“Tonga is at a building stage,” Pori-Makea-Simpson said.

“My players have done a really good job of raising the sport’s profile in Tonga.”

After nearly three decades living in Australia, Pori-Makea-Simpson, who is of Cook Island heritage, moved back to her original home of Taranaki, New Zealand, four years ago.

The Taranaki is a wild north island region on the coast, defined by a striking snow-capped volcano.

She played netball there in her early childhood but gravitated towards softball. She would go on to become a representative player in the sport.

And it wasn’t a coach who influenced her the most, but her primary school teacher, Mr Roy, who inspires Pori-Makea-Simpson to this day.

“I was a little bit of mischief but there was something Mr Roy saw in me. He persevered to get the best out of me. And when he did that, I turned a corner,” she said.

“As a coach now I hold the same philosophies. If you believe in someone enough, it’s remarkable what they can achieve when someone else knows what they’re capable of, and he did that for me at the age of 11.”

Just a few months after her return home, she was approached to coach the Tongan netball team and has been the steady hand guiding Tonga’s rise ever since.

As with any Pasifika community, family comes first and before she knew it, she had not only reconnected with her Kiwi roots, but was brought into the families of her players, the Kingdom and the global Tongan diaspora.

“We say she’s full Tongan now, even though she’s not.”

Pori-Makea-Simpson said it has been an incredible journey with the Tonga Tala so far.

“We have an amazing story. It’s incredible to be a part of. Sometimes there are moments where I have to pinch myself,” she said.

“It feels like destiny, now that four years have passed. There is no doubt this is where I’m meant to be.”