‘If I had to break my shoulder for the brothers I would have done it’: Samoan star’s incredible World Cup courage 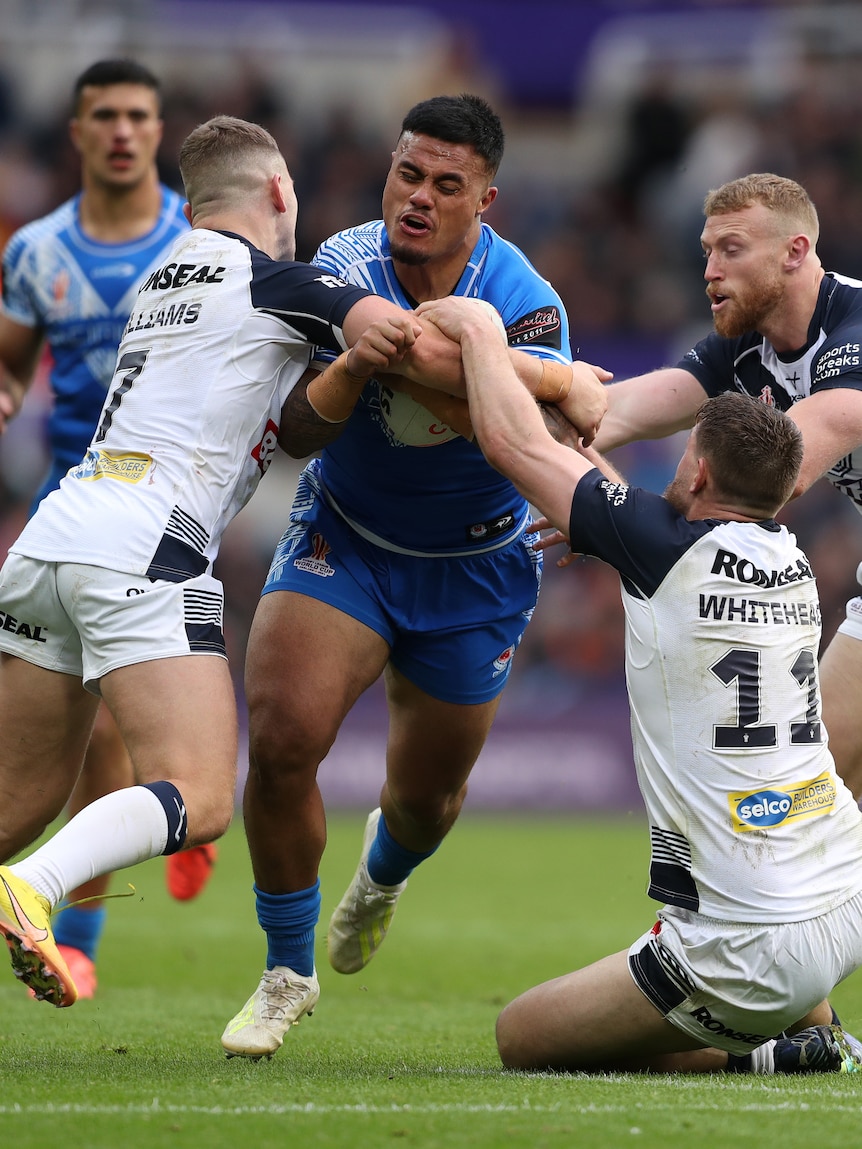 Samoa’s number of tournament-ending injuries through this World Cup has mounted by the week, and Spencer Leniu was supposed to be one of them.

The Panthers prop aggravated a shoulder injury against France two weeks ago and his World Cup campaign was meant to be over.

But as more forwards went down leading up to the semifinal against England, Leniu pushed through the pain barrier and took the field for the finest day in Samoan rugby league history, playing his part in the extraordinary golden point victory.

“We’ve built that ‘next man up’ mentality. If I had to break my shoulder for the brothers I would have done it, and I don’t think it’s that far from broken, so hopefully the boys appreciated that one,” Leniu said.

“I was trying my best not to talk to the physios during the week.

“We went through a lot of adversity when they pumped us by 54 points and everyone was writing us off. To come over the top of that is really special.

“It’s a credit to the brothers. We’ve built a lot of chemistry between one another and that ‘next man up’ mentality was key for us.”

Leniu suffered his original injury, a shoulder subluxation, back in August while playing for the Panthers.

There was some minor ligament and cartilage damage but not enough to require a reconstruction, so Leniu was able to play his part in Penrith’s premiership victory before banging up his shoulder again in the win over France.

He’s hopeful of being able to take the field for the World Cup final against Australia at Old Trafford on Sunday morning (AEDT) but said it was too early to make a call on his fitness just yet.

“It doesn’t feel too good right now. We’ll see how it goes during the week, but hopefully I can play.”

Leniu’s courage is indicative of Samoa’s incredible resilience – the island nation’s resolve has never shaken despite losing players in droves through the tournament.

Hamiso Tabuai-Fidow, Tyrone May, Braden Hamlin-Uele, Josh Aloiai and Izack Tago were all lost to injury, and Danny Levi returned to Australia for personal reasons.

But through it all, Samoa kept defying the odds and now they will take on the Kangaroos in a historic moment for the entire nation.

“We did this for a lot of people around the world and I hope all the Samoans are proud of us,” Leniu said.

“It was special just to get past that quarterfinal, Samoa had never done that before, let alone made the final.

“That’s the message we wanted to send.”

Samoa will be without hooker Fa’amanu Brown after he suffered a concussion against England, but received a major boost with skipper Junior Paulo free to play after he escaped suspension for his lifting tackle on England’s Tom Burgess.