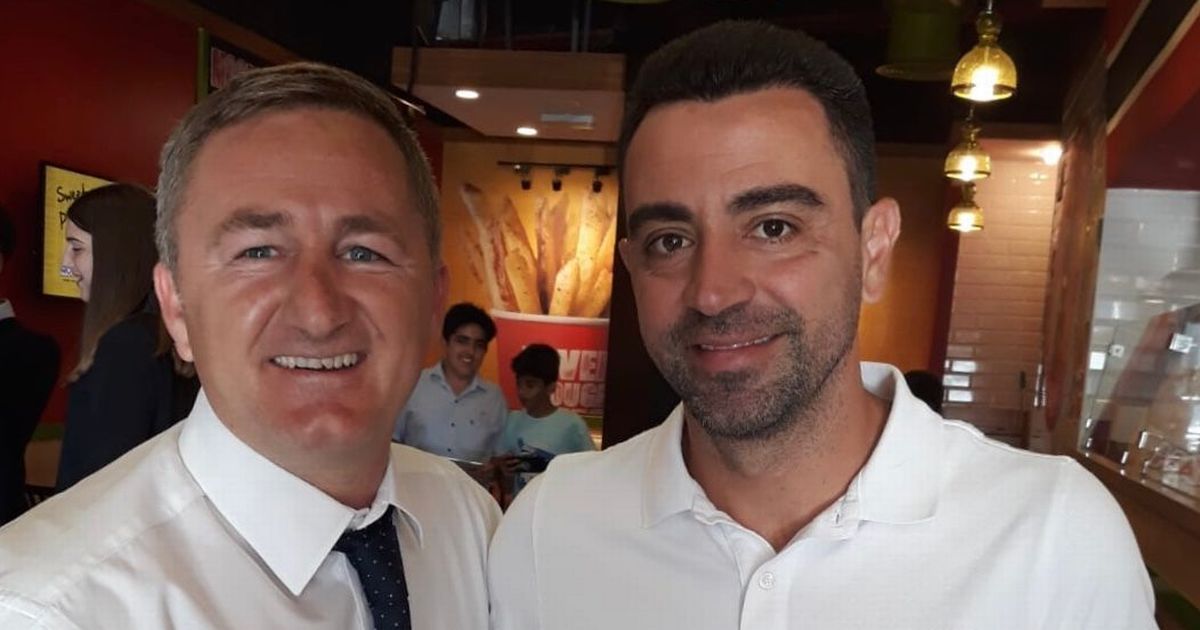 An Irishman who was wrongly arrested in the Middle East has issued a DOs and DON’Ts guide for fans at the Qatar World Cup.

Conor Hayes, 47, was accused in 2011 of flicking a finger in a taxi at an off-duty Muslim policeman during an alleged road rage incident in Dubai.

He currently lives in Qatar and is perfectly placed to keep fans safe with his dossier on Doha – which is the size of Wexford but hosts two million soccer fans over the next month.

Conor, who is now an award-winning school principal in Doha, has concerns of people congestion because Qatar is around six times smaller than Ireland.

The Waterford man told the Irish Mirror: “Nobody knows how the World Cup is going to go.

“It has got lots of negative publicity but I am hopeful that they can pull it off. The concern is the amount of people.

“Liverpool played their Club World Cup Final at the Khalifa Stadium in Doha in 2019. I was at it and the queues were not good.

“That was tens of thousands of people but we’re now talking about potentially millions of people in the capital, which is the size of Wexford.

“World Cups normally have multiple stadiums in various cities spread throughout the host country, but Qatar has eight stadiums in one small area.

“They’re all within 25 minutes of each other.”

He added: “The amount of money that Qatar has spent [an estimated €199 billion] is phenomenal to build huge structural projects like the Metro, which is fantastic.

“It operates brilliantly. You can get a card that means it’s free and you can link this card to your match tickets.

“It’s all done through scanning to help prevent ticket touting.

“But we saw the problems at the Champions League Final in Paris last summer when scanners did not read Liverpool fans’ match tickets.

“There was a test run the other night and I know some teachers who went but they gave up after a while because the queues were so slow.

“There could be teething problems so I would advise fans to plan ahead and leave in plenty of time.

“I stayed recently in the hotel that’s to be used by the France team. There was a lot of security around, so expect that.

“As for drinking, anyone who has ever been to the Middle East knows about the culture here.

“There are no openly advertised pubs or bars as such, but hotels do have bars.

“However, there is no drunkenness. It is not allowed and, if you are on the move, do it by car from hotel to hotel.

“Beer in fan zones is expected to cost between €12.50 and €15 a pint and that is where most drinking will be done.

“Hotel bars cannot cater for hundreds of fans. It’s nothing like at home, but the Guinness is still very good.”

Fans are urged to use official World Cup facilities, learn the local rules, get to matches via official routes, using specially arranged transportation, and socialise strictly in dedicated venues.

Temperature warnings were issued before the World Cup with fears that fans could dehydrate and suffer heat stress amid temperatures of 33C.

A lack of accommodation has also been criticised, with Qatar said to have only 19 hotels in total across its entire nation in 2000, but it planned to have 150 in time for kick-off tomorrow.

He added: “Accommodation is an issue. Hotel prices have increased tenfold, but that happens at every World Cup.

“A lot of fans are staying and partying in Dubai and flying in and out of Doha for matches.

“It was reported that they opened the old Doha airport to facilitate 60 flights a day between Dubai and Doha.

“When you land in Doha, you have to show where you are staying, including if that is in a friend’s house.”

The opening match of World Cup 2022 is Qatar v Ecuador, which kicks off tomorrow at 4pm Irish time.

It will be shown live on RTE Television and the RTE Player, with coverage beginning from 2.30pm and including the opening ceremony.