‘It shows who he really is’: Drama at Red Bull after Verstappen refuses to help teammate 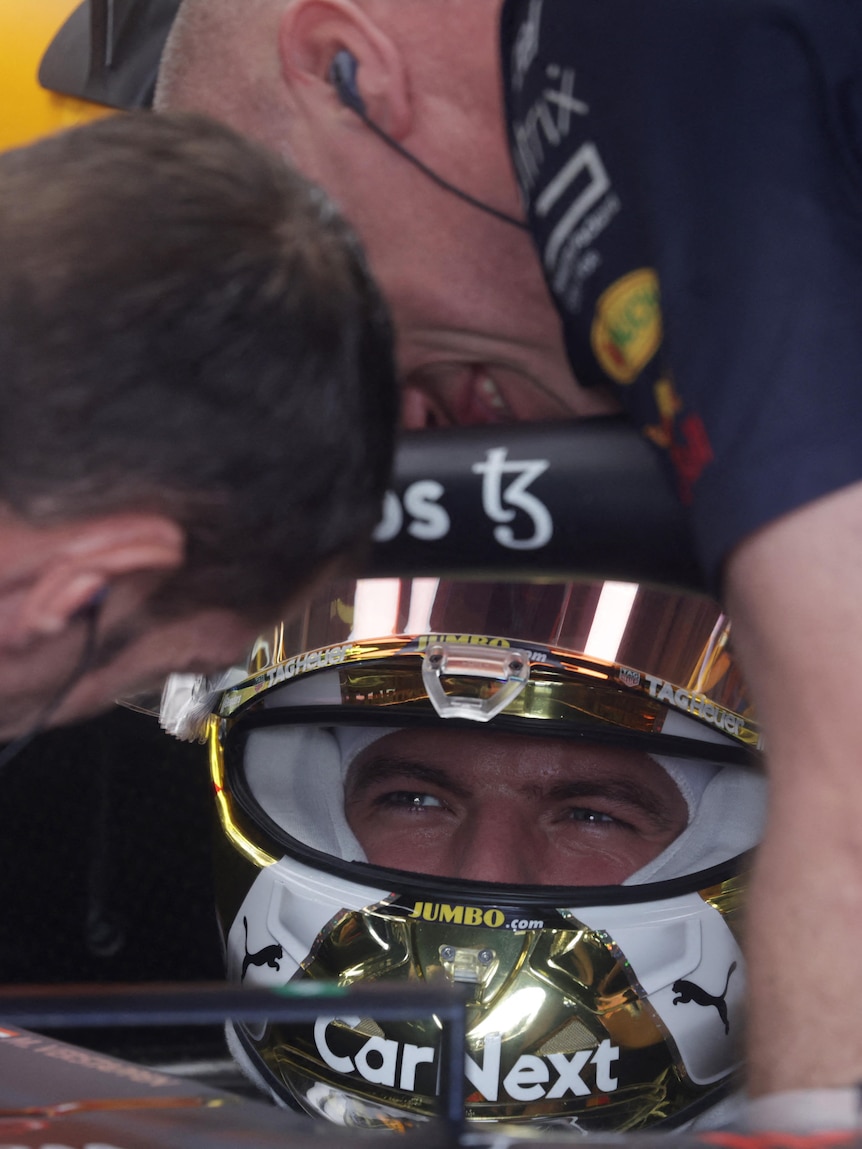 Formula 1 world champion Max Verstappen has defied the orders of his team and finished ahead of teammate Sergio Pérez, during a chaotic race for the Dutchman.

Verstappen’s chances of winning the Sao Paulo Grand Prix ended on lap seven when he collided with Lewis Hamilton, sending him down the order.

Verstappen was able to climb through the field as the race went on, and overtook Pérez late in the race for sixth position.

Verstappen secured the championship after October’s Japanese Grand Prix, while Perez is locked in a neck-and-neck battle with Ferrari’s Charles Leclerc for second in the standings.

On the final lap, Verstappen was asked to give sixth place back to Pérez if he could not overtake the car in front.

Verstappen was unable to pass fifth-placed driver Fernando Alonso of Alpine, and was urged by his team to give Pérez sixth place.

As Ferrari’s Leclerc took a well-earned fourth, Verstappen refused to give up his position for his teammate, despite the pleas from his team over the radio.

When asked what happened, Verstappen told his team to not ask him to give up a position going forward.

“I told you already last time. You guys, don’t ask that again to me,” Verstappen said.

“Are we clear about that?

“I gave my reasons and I stand by it.”

The team apologised to Pérez over the radio after the race and said there would be a full debrief to try to figure out what happened.

“It shows who he really is,” Pérez said.

Martin Brundle, former F1 driver turned commentator for Sky Sports UK, said he believes Verstappen could be referring to an incident during qualifying at this year’s Monaco Grand Prix when the Dutchman was denied pole position after his teammate crashed and ended the session early.

“I’m pretty sure that goes back to Monaco.”

Speaking after the race, Pérez was told by a reporter that Verstappen refused the team orders to let him through.

“Nothing to say really, after all I’ve done for him it’s a bit disappointing to be honest,” he said.

Pérez and Leclerc are level on 290 championship points heading into the final race of the season, but Leclerc is ahead of Pérez in the standings because he has won more races this season.