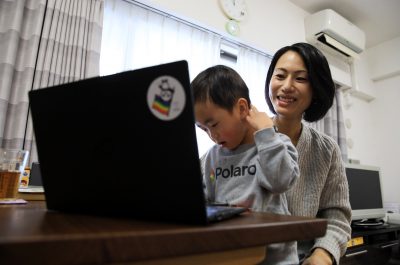 Telework is not a panacea for what ails the Japanese economy, but there are signs that the COVID-19 pandemic has shaken up corporate Japan as it sheds the hallowed hanko (personal seal used in lieu of signatures), leaves behind the fax and embraces remote work. But telework is also accentuating digital divides between larger and smaller firms, regular and non-regular workers, men and women, and urban and rural areas.

These are massive shifts in the employment paradigm in just five years.

Although survey methods and definitions vary, levels of telework in the OECD are mostly higher than in Japan. Australia, France and the United Kingdom reported a peak telework rate of 47 per cent, marginally higher than Tokyo. In Italy and Brazil less than 20 per cent of the workforce was working remotely as of 2021. Cross-nationally, industries involving physical production like health and social services, construction, transport and hospitality tend to have lower rates of telework, while higher rates are observed in digitalised sectors such as information and communication, financial and professional services.

Remote work is rippling across corporate Japan and becoming the standard workstyle at several major companies. This involves more flexible work rules and has required significant investments to upgrade IT systems and equip employees with smartphones and laptops. Concerns that Japan’s rigid face-to-face business culture would prevent extensive telework appear to have been exaggerated as firms adapt to new circumstances and modify established working practices. Many employees also favour remote work.

Prior to the COVID-19 outbreak, some major Japanese firms like Hitachi had announced plans to expand telework. Hitachi reported that there was such strong interest from employees that the number of those applying to join the program far exceeded the original target of 100,000 workers. It appears that the possibility of achieving a better work–life balance drew strong employee interest, especially in young households juggling child-care responsibilities — no commuting frees up 2–3 hours a day.

Companies see recruiting and retention benefits from introducing flexibility in a tight labour market. Fujitsu, Japan’s leading provider of IT systems, has adopted telework for all staff except those in manufacturing and plans to halve office space. About 80 per cent of its 80,000 employees were telecommuting as of mid-2020. The company has expanded flexible working hours for all employees and no longer specifies core working hours when staff are required to work at the office. To address concerns about the lack of interaction and smooth flow of information, Fujitsu established satellite offices and hubs where workers can meet each other and clients. Monthly one-on-one meetings between staff and managers are also required.

Although COVID-19 has bequeathed a powerful legacy of transformation, the scope of change is uneven across sectors and firm size. Larger firms have deeper pockets to fund upgrades, accentuating the existing digital divide with small- and medium-sized enterprises. Many households also lack high-speed internet connections, an issue that was critical enough to prompt the establishment of a digitalisation agency in 2021.

It is hard to reconcile Japan’s image as a cutting-edge high-tech nation with sluggish connectivity, but this is a reality that currently constrains the potential of telecommuting.

Regular workers are relatively upbeat about telework with just 32 per cent of men and 27.2 per cent of women opposed to it and 37.6 per cent and 45.2 per cent respectively in favour. A 2020 union survey was even more positive, reporting that 81.8 per cent of all workers wanted to continue telework.

Companies are also bullish on telework and, despite teething problems, seem inclined to make this a new norm. But many firms don’t permit non-regular workers to telework — a significant obstacle given they constitute almost 40 per cent of the entire workforce. This exclusion also accentuates the gender divide as most non-regular workers are women and face low pay, limited benefits and little job security.

Women account for only one third of all teleworkers, versus a majority in the OECD. This excludes most Japanese women from a workstyle that provides the flexibility needed to combine careers and child rearing.

Signs of change are gathering. It’s worth bearing in mind that business culture is not set in stone and successful firms are those that can adapt to change and make it work for them. Fujitsu has terminated its seniority-based personnel system, provides employees with a monthly subsidy to help cover internet and related costs, and no longer mandates the tanshinfunin system of transferring employees to distant branch offices where they live apart from their families. The COVID-19 pandemic has not only accelerated ongoing changes, but has also been invoked to further chip away at Japan’s employment paradigm because many firms and their employees believe that change is necessary and beneficial.

It appears that a quiet revolution is gaining momentum. Hybrid models, combining remote and in-office work, are proving popular to aid in training new recruits as well as in nurturing teamwork and communication between colleagues.

Japan lags behind other advanced industrialised nations in embracing telework, but the COVID-19 pandemic shock forced firms to navigate the pitfalls of telework, while highlighting its untapped potential. For the government, addressing the various digital divides, upgrading digital infrastructure and ensuring employee protections for remote work is an urgent agenda.