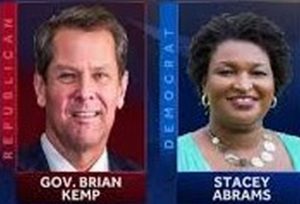 All of the latest polls show Republicans Kemp and Walker opening up their leads over 2-time challenger Stacey Abrams, and incumbent Democratic Senator Raphael Warnock

This newest InsiderAdvantage/FOX 5 Atlanta poll, released on September 8th, shows incumbent Gov. Brian Kemp is widening his lead over Democrat Stacey Abrams as the race for U.S. Senate lead flips. Now, for the first time since winning the GOP primary to challenge the incumbent Democratic Senator, not only is Republican Herschel Walker leading in the polls, but several show him gaining separation from Warnock even beyond the poll’s margin of error.

In the gubernatorial race, Kemp gained a point, while Abrams lost two points since July’s poll. Kemp continues to lead Abrams now with 50% versus her 42%. This is extremely significant because, in Georgia, if the winning candidate finishes with 51% of the vote or better, no runoff election is necessary.

During the first campaign battle between these two in 2018, neither candidate was able to eclipse the 51% mark, and incumbent Governor Brian Kemp eventually won the resulting runoff election held a month later.

Meanwhile, Libertarian Shane Hazel polled at 1% and another 1% say they plan to support another candidate. Those who declare they are still undecided hover at around 6%.

“Kemp leads in every age group in the survey. He receives right at 10% of African American support and a rather astounding 68% of white voters surveyed. Abrams has an impressive 54% of female voters while Kemp receives 63% from men,” explained InsiderAdvantage Chairman Matt Towery. “Kemp has support from 50% of independents. With two months to go, Kemp would seem poised to potentially escape Georgia’s General Election runoff requirement.”

“Warnock is winning among younger voters and seniors but trails badly among those 40-64. Men support Walker at 60%, while women support Warnock at 55%. Walker is receiving 12% support from African American respondents,” said Towery. “With only 4% undecided, this race could very well be headed to a General Election runoff given the fact that there seems to be few points among the various demographics up for grabs.”

The poll was conducted between Sept. 6 and 7 and sampled 550 likely voters.

Compiled by Investigative Journalist Brooklyn Lassiter – Because the Truth Matters!

If you would like us to consider you to become an independent foodie evaluating contributor, or as a writing contributor to any of our other departments, please send a request to info@veracityreport.org 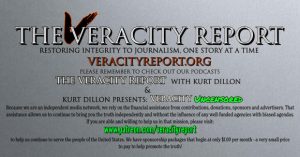 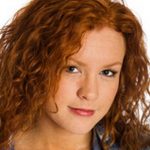 I am a cub reporter for The Veracity Report and their parent company WOMEN (Wild Orchid Media & Entertainment Network, Inc.). I write articles on topics that viscerally affect and excite me. I also write a lot of reviews for books, movies, music, and foodie restaurant reviews for our Veracity Foodie Report!

You can reach me directly through email at: brooklynlassiter@veracityreport.org.