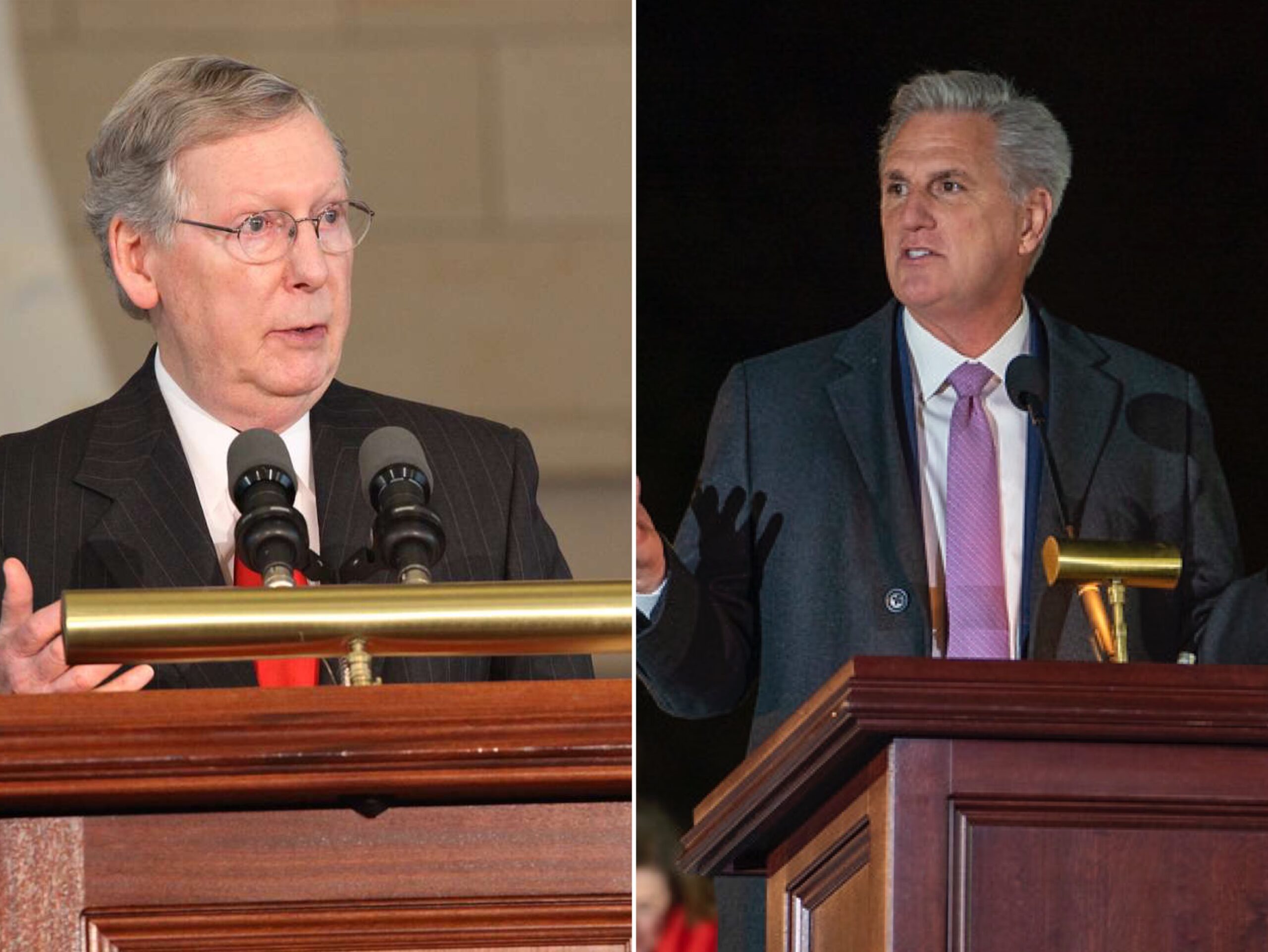 The Republican Senate Minority Leader has thrown his support behind Kevin McCarthy’s speakership bid ahead of the upcoming January 3rd election.

“I’m pulling for Kevin. I hope he makes it,” Sen. McConnell said at a press conference earlier this week.

McConnell’s support for McCarthy comes after the California rep. slammed the Senator for supporting the massive government spending package being sent to Congress. McCarthy said the trillion dollar spending bill will be “dead on arrival” in the House next year, should he be elected Speaker.

“When I’m Speaker, their bills will be dead on arrival in the House if this nearly $2T monstrosity is allowed to move forward over our objections and the will of the American people,” McCarthy said on Twitter Tuesday.

Agreed. Except no need to whip—when I’m Speaker, their bills will be dead on arrival in the House if this nearly $2T monstrosity is allowed to move forward over our objections and the will of the American people. https://t.co/WCC477R4IM

While establishment figures like McConnell coming out in support of a McCarthy speakership, it appears McCarthy will not reach the 218 votes necessary to take the Speaker’s gavel on January 3rd.

Over recent weeks, multiple high-profile House Republicans have proclaimed they will refuse to back McCarthy.

Reps. Lauren Boebert (R-Co.) and Matt Gaetz (R-Fla.) told TPUSA’s Charlie Kirk why they are fighting back against a McCarthy speakership and called on Donald Trump to “take a look at what is actually being said in the House of Representatives right now.”

Kirk asked why Gaetz is not supporting McCarthy after former President Trump threw his support behind the California rep.’s Speakership bid.

“I disagree. Look, I love President Trump, I’m going to vote for him in 2024, I’m going to campaign hard for him but HR was not always his best thing. It was not only the best people. I mean I remember having to deal with Jeff Sessions and Mattis and Tillerson and Bill Bar. It was sort of a parade of horribles with some of the people he chose inside of Washington, D.C. so maybe we ought to have a choice come out of the House that represents the Conservative center of our Caucus,” Gaetz responded, blaming Trump’s inner circle for the former president’s support of Kevin McCarthy.

“I’ll be for Trump for president but I will not follow him in supporting Kevin McCarthy for Speaker,” Rep. Gaetz added.

Rep. Boebert echoed Gaetz’s words, explaining that McCarthy will not allow House Republicans to keep him accountable as the House majority speaker.

“We have to have accountability here and without that, Kevin McCarthy is not Speaker…President Trump should take a look at what is actually being said in the House of Representatives right now,” Boebert explained, calling on Trump to reassess his support.

Stay tuned to National File for any updates on the Speaker race.

RELATED: MTG Spars With Boebert After She Refuses To Get Behind McCarthy Speakership Bid