The director of the corporation ruled out that they were police uniforms, as they did not have insignia. 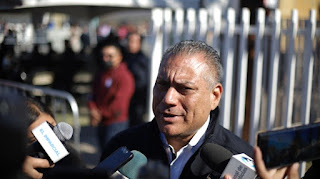 In addition to the weapons and cartridges seized in the shootout between armed civilians and police officers, police-type tactical uniforms were found in his vehicle, although they did not have any insignia of the Baja California police force.

This was stated by Pedro Ariel Mendivil García, director of the Mexicali Municipal Police, whose agents participated in the exchange of gunfire in the incident that occurred this Saturday morning.

The head of the corporation said that at least two patrol cars of the Municipal Police were damaged, but that no officer was injured in the shooting that took place in the Hípico subdivision.

It was initially reported that there were two people who got out of the white Jeep Rubicon, and that one of them, the one killed, was the one who shot at the agents, while the other one apparently escaped.

The third suspect who was arrested was found inside the vehicle, according to agents, while beating himself up; he was identified as Cristian Alexis, 22, nicknamed “El Plaga”.

Mendivil García explained that other evidence was found inside the vehicle, but due to the sensitive nature of the investigation, it was in the custody of the State Attorney General’s Office, while the legal situation of the detainee is being determined.

According to agents who participated in the operation and neighbors who witnessed the event, the drivers of the vehicle were under the influence of substances or in a state of inebriation at the time of the incident.

One of the hypotheses of the police forces is that the reckless driving of the vehicle due to this condition was what revealed them to the agents of the State Citizen Security Force during the early hours of Saturday morning, apparently when leaving the nightclub area.

As of this Sunday afternoon, “El Plaga” was still in custody within the legal deadline to define his legal situation, while the subject who was killed was currently in the morgue of the Forensic Medical Service without being identified. 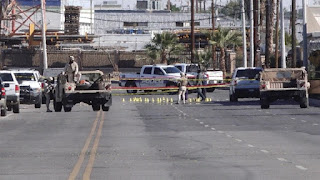 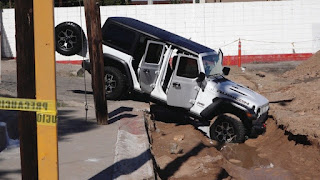