Now it’s delivered on the G20, Indonesia can continue to lead as next ASEAN chair 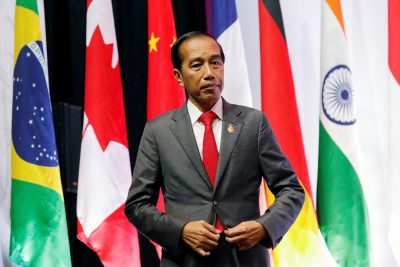 Last week’s G20 Leaders’ Summit in Bali illustrated the geopolitical challenges weighing on multilateralism. Earlier it looked like the G20 might fissure amid divides between its membership on the Ukraine conflict. Simply convening the G20 in Bali this year has been a major and underappreciated challenge for Indonesia.

That achieved, this year’s G20 could be remembered for being the place where a floor was put underneath some critical bilateral relationships, while building a base for renewed multilateral cooperation on economic challenges.

It helps that the key players, not least Indonesia, understood the economic stakes of failure. Asia, more than any other region, has the most to lose from the retreat from globalisation and the bifurcation of the global economy that might emerge from efforts to force ‘decoupling’ between the United States and China.

The stakes will be equally high in 2023 when the region hosts a suite of important multilateral forums. Indonesia has opportunity to build on its 2022 G20 presidency as it assumes the chair of ASEAN, India will host the G20 presidency, Japan the G7 and the United States will host APEC. Ensuring that these meetings strive for common and cooperative goals won’t be an easy task.

Indonesia’s leadership through its G20 presidency exemplified the positive role it can play in navigating today’s international political tensions. Indonesia’s focus on health, climate, the digital economy and economic development priorities and its navigation of great power conflict has kept the G20 process on course. Despite the difficulty of G20 ministers and leaders reaching consensus on joint communiqués, Indonesia’s leadership has ensured participation by all members — including at leader level — and guarded the G20’s role as the premier forum for international economic cooperation.

President Joko Widodo’s invitation to Ukrainian President Volodymyr Zelenskyy to attend the G20 was the symbolic continuation of Indonesia’s long-standing foreign policy of mendayung antara dua karang or ‘rowing between two reefs’. This strategy is welcomed by most of Asia and the developing world as it struggles to find balance between increasingly divided political blocs.

East Asia’s rapid growth was driven by its openness and access to international markets for exports, inputs and investment and premised on the multilateral economic order set up after World War II. The current trajectory of technological and economic decoupling would leave everyone worse-off. It will be particularly detrimental for countries such as Indonesia because it closes off the path of peaceful development that has seen a remarkable period of prosperity and political stability in Asia despite a history of regional confrontation and mistrust.

Despite the distraction of national elections in early 2024, Indonesia’s chairing ASEAN in 2023 presents an opportunity to step up regionally on the global threats to its core national economic and security goals.

Defence of the multilateral economic order remains a priority for Asian nations. Indonesia has pitched in since the 2019 Osaka G20 summit and during its G20 presidency to help define a way to strengthen the system through WTO reforms. But with geopolitical conflict in Europe and the Indo-Pacific and security concerns now overwhelming global policy affairs, these global economic policy objectives need reinforcement from stronger regional action.

In 2011 when Indonesia was last in the chair of ASEAN, it launched the negotiation of the Regional Comprehensive Economic Partnership (RCEP) Agreement that came into effect this year. RCEP is a remarkable affirmation of multilateralism and openness by East Asian countries and an example of regional action that strengthens cooperation among nations that comprise roughly a third of world trade. It also reinforces global rules and principles. It’s the world’s largest free trade area. It incorporates an economic cooperation agenda and ongoing, built-in political level dialogue at the ministerial and leaders’ levels.

RCEP may not be perfect. Its signatories need to engage India in its economic cooperation agenda if not yet in its trade liberalisation endeavours. But it presents a significant institutional base in East Asia from which to pursue Indonesia’s and ASEAN’s open global economic diplomacy. More importantly, in a world in which military security is beginning to dominate economic, environmental and other security considerations, it offers an ASEAN framework for pursuing comprehensive security across all these domains.

The economic interdependence on which East Asia’s development is based is a crucial element in regional security. Retreating from it would impose large costs on the regional economy and disrupt political stability. The challenges of climate change, global health and food security are all best dealt with through close global and regional cooperation.

Climate change, global health and food security issues can serve as a starting point and the common denominator for regional cooperation. ASEAN has created the platform for a comprehensive strategy to deal with these challenges across the region’s geopolitical fissures.

Indonesia takes the driver’s seat in ASEAN as the region faces the danger of becoming a pawn in the game of global politics. There has perhaps never been a time when its leadership in crafting a strategy to strengthen comprehensive regional security was more needed.

M Chatib Basri teaches in the Economics Department, University of Indonesia, is a member of the High-Level Finance Advisory Group to COP27 and was formerly Indonesia’s Minister of Finance.