“Mica” for Borderlandbeat.com
Emails revealed by the hacking of the Guacamaya group show that in August 2022, officials from the US embassy intercepted communications between people identified as “hawks” at the service of Ovidio Guzmán in Sinaloa.

There are at least two intelligence reports issued by the Air Operations area of ​​the Customs and Border Protection Service of the US embassy in Mexico about wiretaps mentioning Ovidio Guzmán.
According to the Sedena files, at least since May 2021, the US has coordinated with the Sedena in investigation and surveillance operations against members of organized crime through “Operation Mongoose” and the use of a platform called AMOSS (System Surveillance of Air and Maritime Operations).

Mongoose Azteca is the codename for a joint military operation between the US and Mexico. The operation objective, locate and capture Ovidio Guzmán. The operation started at the beginning of August 2022.

The operation was able to penetrate high-level hawks (lookouts) as well as members of Ovidio’s escort security ring. Intel from the operation provided the routine for Ovidio. In code, Ovidio was known as The “Old One.”

On August 8 and 9, 2022, The US carried out air operations and shared their findings with the Sedena Air Force commanders.

What is AMOSS?
Air and Marine Operations Surveillance System (AMOSS) is a sophisticated radar processing system. AMOSS integrates air, land, and sea resources to detect, halt, and prevent acts of terrorism and the unlawful movement of people, illegal drugs, and other contraband toward or across the borders of the United States. Learn more here

GIST: At 1958Z, UIM 1 scolded UIM 2 because his “cocinero” was making comments about the operations he carries out, how dare a simple cook talk about me. UIM 1 told UIM 2 you must be aware of everything that happens in your area. UIM 2 spoke in the morning with the guys of the Alacran and they have already started (nothing specific). UIM 1 responded you do not need to talk to anyone, just pass the report, can you imagine if my boss calls me, and I do not have an update? Have you relayed the message I sent you? UIM 2 informed UIM 1 that the military arrived at La Colonia de Culiacan checking the towns of La Rancheria, Coral Viejo, Los Cedritos and La Higuera. UIM 1 plans on getting a motorcycle to make 2 to 3 daily trips to the office.

Analyst Note: “Cocinero” translation for cook or chef, most likely is in reference to the individual who prepares meth or fentanyl. La Rancheria, Coral Viejo, Los Cedritos and La Higuera are surrounding village of Culiacan, MX. 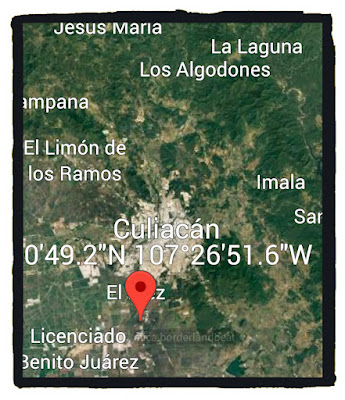 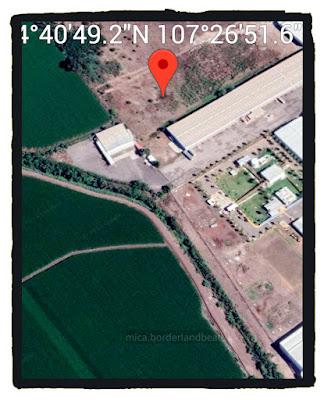 GIST: At 1640Z, An unidentified group of scouts identified “una blanca” (small plane) in the neighborhood area. UIM 1 wants his group to track how the bird enters and leaves the area, please keep your radios.

Analyst note: The following FOl was identified by SEDENA. This group provides protection to the Cartel in the area and oversees the deliveries. 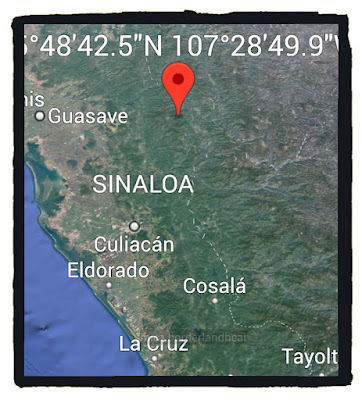 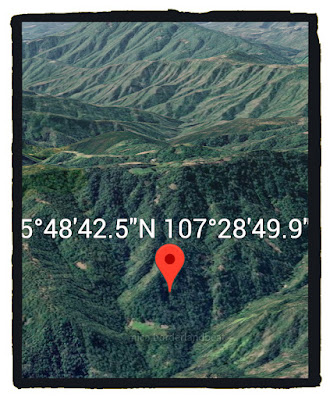 Analyst Note: “El Viejo” is a nickname used by the person in charge of an area. Ovidio Guzman is also known as “El Viejo”, geo location is under Los Chapitos control.

GIST: At 2225Z, UIM1 asked UIM 2 where he is? Did you bring the equipment? I had someone waiting for you. UIM 2 replied, “I am at the Rosas town, let me find your guys, I have the”aparatos”.” UIM1 replied back to UIM2 to give them everything, including the rifles and the M5. UIM 2 said to expect a call from me once I deliver the equipment.

Analyst Note: “Aparatos” is most likely in reference to weapons. 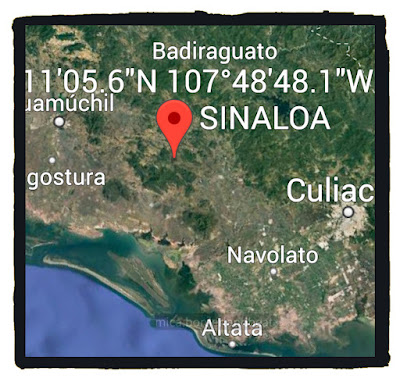 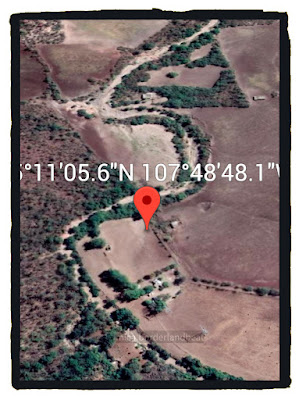 GIST: At 2053Z, UIM 1 sent a message on the network indicating that 8100 radio are not working in the area, pay attention to 4 (possible network). Keep me informed of the Marina convoy in the area. CS GIO responded good copy. UIM 1 said we are here “Viejillo”, “Cholon Vago” Special Forces. UIM 2 will continue to guard the area, let me know if someone is coming, we are cooking “carne asada”. UIM 2 mentioned the “Caibiles” arrived, and they are enjoying the “carne asada.” 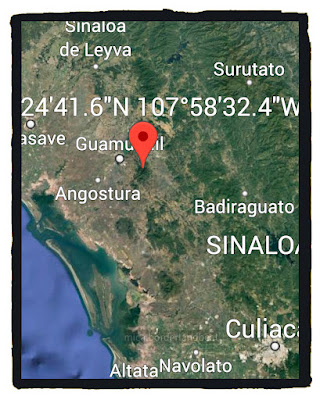 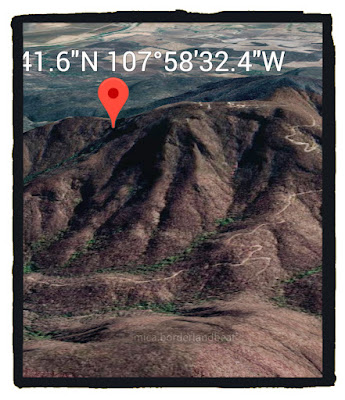 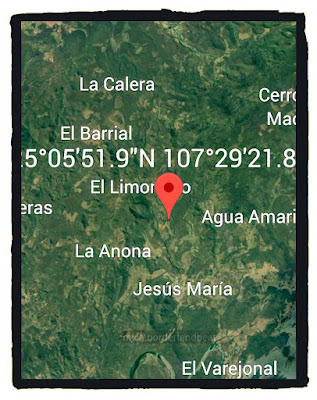 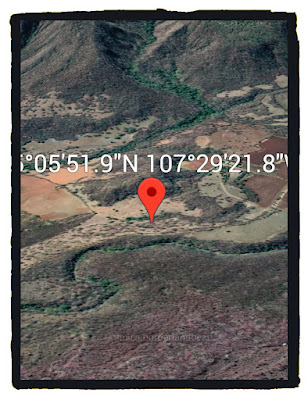 GIST: At 2259Z, CS Mochomo asked his guys what is going on with that vehicle? UIM 1 responded are you talking about the black Ford Raptor located in the 22 (unknown area) next to the OXXO store? We are tracking the truck; the Raptor is load with rifles. CS Mochomo asked where you guys are coming from, what is the next move?

Analyst Note: There is an OXXO store located 6.9 miles northeast of the geo-location. This area is known as Tres Rios and is under Los Chapitos control. 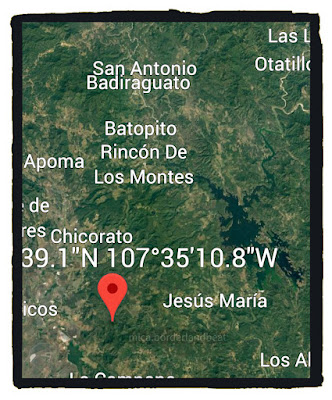 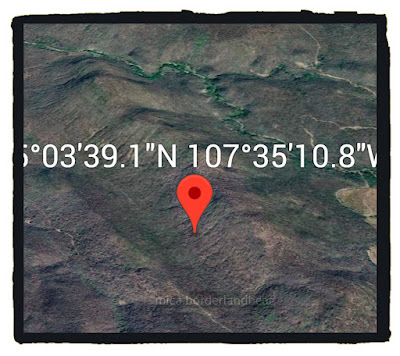 GIST: At 2302Z, UIM1 informed the group that he saw the Raptor pass near the seminary.

Analyst Note: Events two and three are related, they are three minutes apart. The OXXO store is located 950 meters east of the seminary mentioned in Event 2. 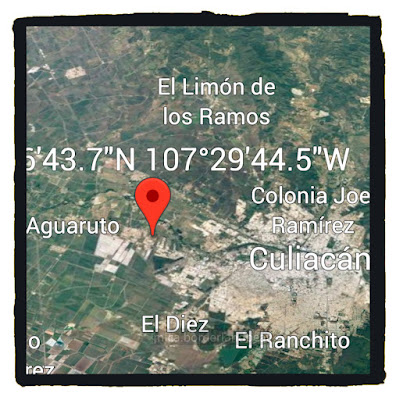 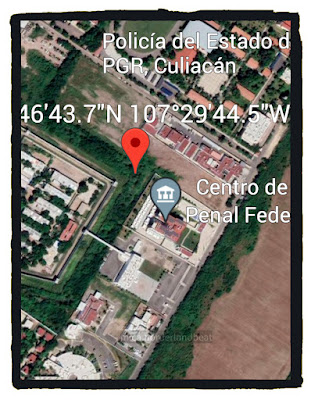 The US has technology that gathers all radio communication and can provide exact coordinates. This capability was executed from a small plane in air space above the target. Consider the technology used to hunt Escobar, but modern and on steroids.  This technology should strike fear in future cartel communications.

It should be noted that, in the days of listening to those conversations, they not only managed to locate Ovidio Guzmán. They also collected information about the activities of the Cartel and its structure, as well as their paramilitary and counterintelligence capabilities.

Data compiled from US intel in Excel shows the level of accuracy. 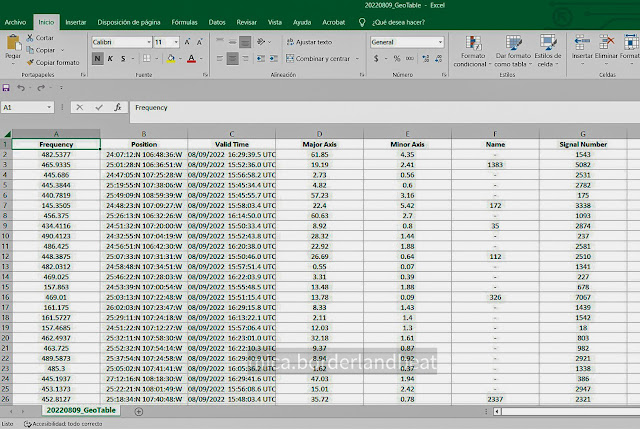 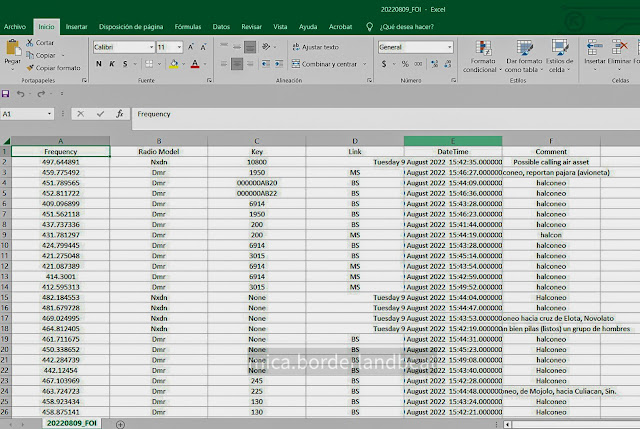