Pakistan’s troubled ties with the Taliban 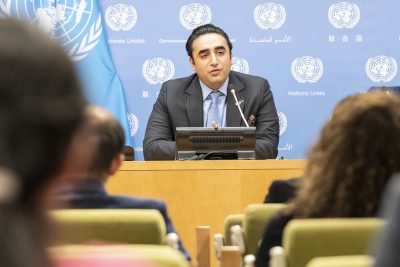 In the immediate aftermath of the Taliban takeover of Afghanistan, Pakistan appealed to the international community to provide humanitarian assistance and remove sanctions against Afghanistan to prevent a potential humanitarian crisis. But much has changed in a year. Pakistan is now focussed on thwarting cross-border terrorism and preventing India from establishing a presence in Afghanistan.

Even the Taliban government has been unable to diminish Pakistan’s foreign policy concerns. Since the Taliban came to power, the number of terrorist attacks in Pakistan has increased by a record 56 per cent. Key terrorist outfits with an active presence in Afghanistan, including al-Qaeda, Tehreek-e-Taliban Pakistan and the Islamic State in Khorasan, continue to increase their presence.

Pleas for international support for Afghanistan have now been replaced by considered caution. Jubilation over the Taliban victory is now giving way to a rude awakening that the evolving security situation under Taliban rule means that Pakistan’s bouts of terrorism are not over. In an address to the United Nations General Assembly in September, Pakistan’s Prime Minister Shehbaz Sharif said that he shared the international community’s concerns about terrorist groups operating in Afghanistan.

The Taliban has also been vying for increased autonomy from Pakistan and have shown openness to improving ties with India. The Taliban is urging India to increase its engagement with Afghanistan through the provision of bilateral trade and the resumption of humanitarian aid and has expressed interest in seeking India’s support for training Afghan troops. Taliban support for the Chabahar Port project in Iran — which was developed to rival Pakistan’s Gawadar Port — is another example of how the Taliban wishes to undermine Pakistani interests.

Because Pakistan’s alliance with Afghanistan is vital to its foreign policy objectives, this deteriorating relationship needs to be turned around. Pakistan must realise that the Taliban in government is not the same Taliban that they dealt with in the past. The relationship cannot continue to be one of a patron and client as forceful and coercive measures taken by Pakistan against the Taliban have failed to generate the impacts Pakistan desired.

The only way forward is to use soft power and diplomacy to nudge the Taliban in the direction where Pakistan’s security concerns are assuaged. Pakistan needs to convince the Taliban government to seriously consider human rights issues, such as women’s education, in order to receive international recognition. It should nudge the Taliban to take action against Tehreek-e-Taliban Pakistan and control cross-border terrorist activity to show regional states and the international community that it is serious about cracking down on terrorist activity.

Pakistan should open up to Afghan students for higher education and encourage people-to-people contact. It should also be open to accommodating Afghanistan’s demands for humanitarian and financial aid. But Pakistan’s foreign policy setbacks have come at the heel of an unprecedented climate disaster and a volatile political situation in Pakistan, which leaves it with little political and economic capacity.

The recent floods in Pakistan have killed more than 1500 people and displaced 33 million people. This disaster has added to the already woeful economic situation of the country and comes at a time when Pakistan is facing a turbulent political climate. The ousting of former prime minister Imran Khan’s government through a vote of no confidence has given rise to a popular movement that continues to grow across social divides.

The former prime minister alleges that his ouster was the result of a conspiracy hatched by the United States, because he was seeking a foreign policy independent of the United States, especially in light of the Russia–Ukraine crisis. The new government of Prime Minister Sharif has also been accused of being brought to power by the United States. Even though this conspiracy theory has serious flaws, Sharif’s government has failed to convince the masses that it is false, due to the populist appeal of Khan.

Until Pakistan’s domestic politics overcomes this climate of uncertainty, its foreign policy cannot take a proactive role. The floods, growing inflation and the devaluation of the Pakistani rupee have worsened Pakistan’s economic situation and aggravated social unrest.

At this time of political instability and social unrest, Pakistan should look outwards rather than inwards. It must seek out new alliances and strengthen old ones to breathe life into its economy through trade and aid. It must also convince the international community of its commitment to peace in Afghanistan and continue to fight for humanitarian assistance to be given to Afghanistan.

Pakistan’s internal issues should be resolved over time and, with elections expected soon, the political instability will eventually subside. What remains constant is Pakistan’s need for diplomatic engagement with its allies around the world. Pakistan remains committed to assisting Afghanistan and its new government to overcome the economic and humanitarian issues the country is facing. Afghanistan is too important for Pakistan to ignore. Pakistan must continue to treat Afghanistan as a policy priority, despite its internal issues.

Ahmed Waqas Waheed is Executive Director of Roads Initiative and an Assistant Professor in the School of Social Sciences and Humanities at the National University of Sciences and Technology (NUST), Islamabad.