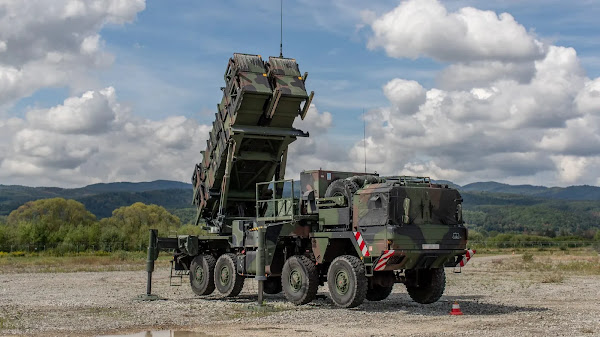 Christian Thiels, a spokesman for the German Ministry of National Defense, said that assistance for Poland could be provided at any time, including with Eurofighters, though the details are still being sorted out.

WARSAW — Poland today accepted an offer from Germany to deploy additional Patriot air defense systems there, following the deaths of two Polish civilians who were likely struck by an errant missile during a Russian barrage of Ukrainian cities.

“With satisfaction, I accepted the proposal of the German Minister of Defense to deploy additional Patriot missile launchers in our country,” Mariusz Błaszczak, Poland’s Deputy Prime Minister and Minister of National Defense, wrote early this morning on social media.

“During today’s telephone talks with the German side, I will suggest that the system should be located at the border with Ukraine.”

WNU Editor: No specifics on the deployment, but since each Patriot unit requires 90 personnel to operate it, I can assume they will be German.

But my big worry is that from the Kremlin’s point of view, they will see this deployment as the first step by NATO to shoot down Russian missiles and aircraft in eastern Ukraine. And heaven help us all if that happens.

Patriot missiles for Poland: What purpose do they serve? — DW