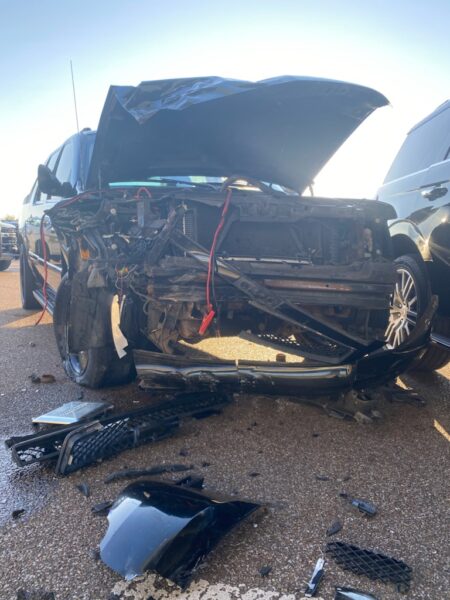 Roger Stone gives new meaning to the phrase, ‘the show must go on’ since he barely escaped death just one day after the 2022 midterm elections while traveling to Mike Lindell’s studios in Memphis, Tennesee to record his daily program, The Stone Zone, on the Lindell network.

Stone walked away when his Ford Expedition was t-boned by a truck that he says failed to stop at a red light near Memphis.

Stone was reporting on location in the area to broadcast special election coverage with a group of other pundits when he was nearly killed by a driver who rammed through a red light and smashed into the car Stone was traveling in at the time.

The good news is he made it to the studio unharmed in time for his regular show. That is really something.

Stone talked to National File and said is actually miracle #5 that he survived.

“I thank Jesus Christ for his protection! All praise and glory to Him for protecting my life yet again It really is miracle number 5,” Stone told National File, adding: “My daily show can be seen at StoneZONE.live at 5 PM Eastern on FrankSpeech.com.”

The Ford he was traveling in was totaled based on a video snippet sent to National File:

The photos were painful to look at: 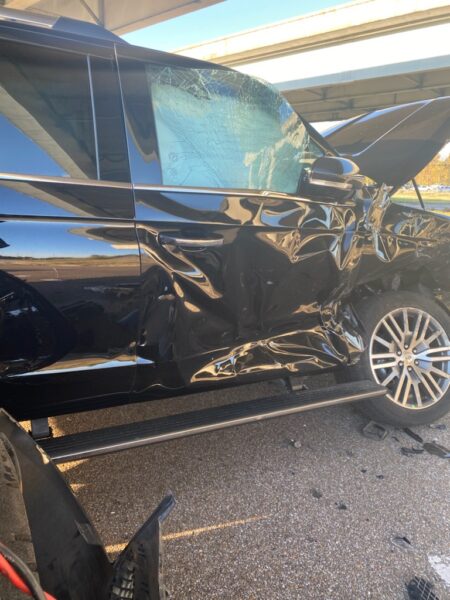 The Daily Mail reported on the accident:

“The benefits of our prayers are so profound that it protects us and our loved ones. This is the car that my husband, Roger Stone, was a passenger yesterday. He walked away from it shaken but without a scratch,” Nydia Bertran Stone wrote.

The Daily Mail reported that two bodyguards were in the car with Stone, Donald Trump’s political consultant and confidante, suffering minor cuts from flying glass.

But neither they nor Stone was taken to the hospital after they were checked out by ambulance crews dispatched to the scene. The accident occurred shortly after 3:30 p.m. in Germantown, Tenn., a suburb of Memphis.

Stone said he was lucky the pickup truck hit the Ford on the front of the passenger’s side instead of the back.

‘Another second and just five feet, and the pickup truck would’ve hit my door,’ he said. ‘It’s a miracle.

‘”It’s one of five miracles in my life. The first was when the president (Trump) commuted my sentence; the second was when the president granted me an unconditional pardon at Christmas 2020; the third is that my wife is cancer free 18 months after undergoing treatment for Stage 4 cancer, and the fourth is that I never left my hotel room during the January 6 events,” he said. “This crash was my fifth miracle. I don’t know how many I’ve got left.”