He faces a maximum sentence of life in prison. The AFP arrested a second man in June in connection with the case. “We allege the individuals charged by the AFP today and in June this year conspired to traffic large commercial quantities of methamphetamine within Australia,” said AFP Assistant Commissioner Krissy Barrett. “The AFP will make Australia a hostile environment for all trans-national serious organized crime syndicates that target our communities.”

The AFP said the arrest is the culmination of a long-running investigation into an organized crime syndicate known as “Sam Gor”, or “The Company”, that it says trafficked methamphetamine worth millions of dollars into Australia. The Company is made up of 5 different Triad groups and previously produced meth in Southern China. It is now believed to be manufactured mainly in the Golden Triangle, specifically the Shan State, Myanmar, responsible for much of the massive surge of crystal meth in recent years.
Tse is expected to appear in Melbourne Magistrates’ Court to answer a charge of being part of a “conspiracy to traffic commercial quantities of controlled drugs” totaling 20kg (44lbs) between 2012 and 2013. 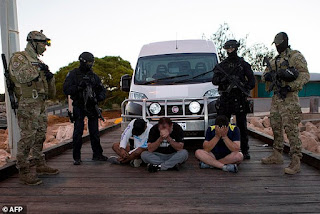 Tse Li Chop was the prime target of Operation Kungur, an AFP-led investigation involving 20 agencies from Asia, North America, and Europe. The United Nations narcotics agency estimated the Sam Gor syndicate’s meth revenue in 2018 at $8 billion yearly and could be as high as $17.7 billion. Their 40% to 70% share of the wholesale regional meth market has expanded at least fourfold in the past five years. The Company was implicated in very large shipments including a 1.2-ton seizure of methamphetamine in Geraldton, Western Australia in 2017.

Between May and September 2018, the Australian Federal Police (AFP) conducted Operation Kungur-Oak, an investigation into drug trafficking in Melbourne’s western suburbs as part of the larger, global  Operation Kungur. The investigation primarily focused on the drug syndicate controlled by Paul Ngo. Ngo was responsible for sourcing and purchasing methamphetamine and heroin from importers and other wholesale suppliers.

The larger investigation also included authorities from Myanmar, China, Thailand, Japan, the United States, and Canada. Taiwan was assisting in the investigation. Australian police had reportedly been tracking Mr. Tse for more than a decade before he was arrested in the Netherlands on January 22, 2021, as he was about to board a flight to Canada at the Schiphol Airport. 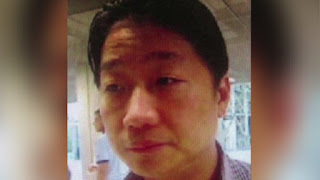 Who is Tse Li Chop?

He is protected by a guard of Thai kickboxers. He flies by private jet. And, police say, he once lost $66 million in a single night at a Macau casino.

This is the legend surrounding “Brother Number Three” or Sam Gor in Cantonese as Chop is nicknamed. The organization he ran is simply called “The Company” by its members. “Tse Chi Lop is in the league of El Chapo or maybe Pablo Escobar,” said Jeremy Douglas, the Southeast Asia and Pacific representative for UNODC. “The word kingpin often gets thrown around, but there is no doubt it applies here.”

Tse Chi Lop is a Canadian national born in Guangdong Province, China before moving to Hong Kong and then to Canada in 1988. There he joined the Big Circle Gang which had its roots in Mao’s Red Guards imprisoned in China. In 1998, according to court records, Tse was charged with drug trafficking in New York. It was said that he was involved with the Rizzuto family of La Cosa Nostra (LCN) at the time.

The FBI learned in 1998 that Tse was traveling to Hong Kong from mainland China. Police could arrest him in Hong Kong, which did have an extradition treaty with the US. Tse was arrested and extradited to New York a few months later. He was found guilty of conspiracy to import heroin into the US. He begged for leniency citing family health issues and was given only a 9-year sentence, which he served 6 of before being released.

His drug trafficking syndicate grew even more after he left prison. In 2010, he and Lee Chung Chak, a fellow heroin trafficking federal prisoner, formed an alliance with five of Asia’s triad groups, according to law enforcement officials. Much like he had done with the Rizzuto family in Canada. The group imports tons of methamphetamine, heroin, and ketamine to at least a dozen countries including Japan all the way to New Zealand, and is said to be responsible for nearly 70% of the drugs imported into Australia at the time.
Tse reportedly has ties to the top of the Chinese government and was involved in funding and promoting the Communist Party’s global Belt and Road global infrastructure initiative. The Company also collaborates with a more diverse range of local crime groups than many of the Latin cartels do, including Japan’s Yakuza, Australia’s biker [bikie] gangs, and ethnic Chinese gangs across Southeast Asia. A Taiwanese law enforcement flow chart identifies Tse as the “Multinational CEO” of the syndicate. A U.S. Drug Enforcement Administration (DEA) intelligence document shared with regional government agencies says Tse is “believed to be” the leader of the Sam Gor syndicate.

Tse has been wanted for years and an Interpol red notice has been in place since 2019 after he was named publicly. Tse was arrested en route to Canada from Taiwan during a stopover in Amsterdam. It remains unclear how he was able to live without detection or arrest in Taiwan after being publicly named in 2019. UNODC Regional Representative Jeremy Douglas commented, “It’s a great result..but the organization remains”. He added, “…while taking down syndicate leadership matters, the conditions they have effectively used in the region to do business remain unaddressed, and the network remains in place. The demand for synthetic drugs has been built, and someone will step in to replace Tse.”

Tse spoke briefly in court to protest his innocence while fighting his extradition. “Mass media are calling me a drug kingpin but that is not true,” ANP news agency quoted him as telling the judges through interpreters. He added that he was scared Australian judges would be biased against him. He had denied wrongdoing, arguing that Australian authorities essentially planned his expulsion from Taiwan to Canada on a flight with a stop in the Netherlands so he could be arrested there.