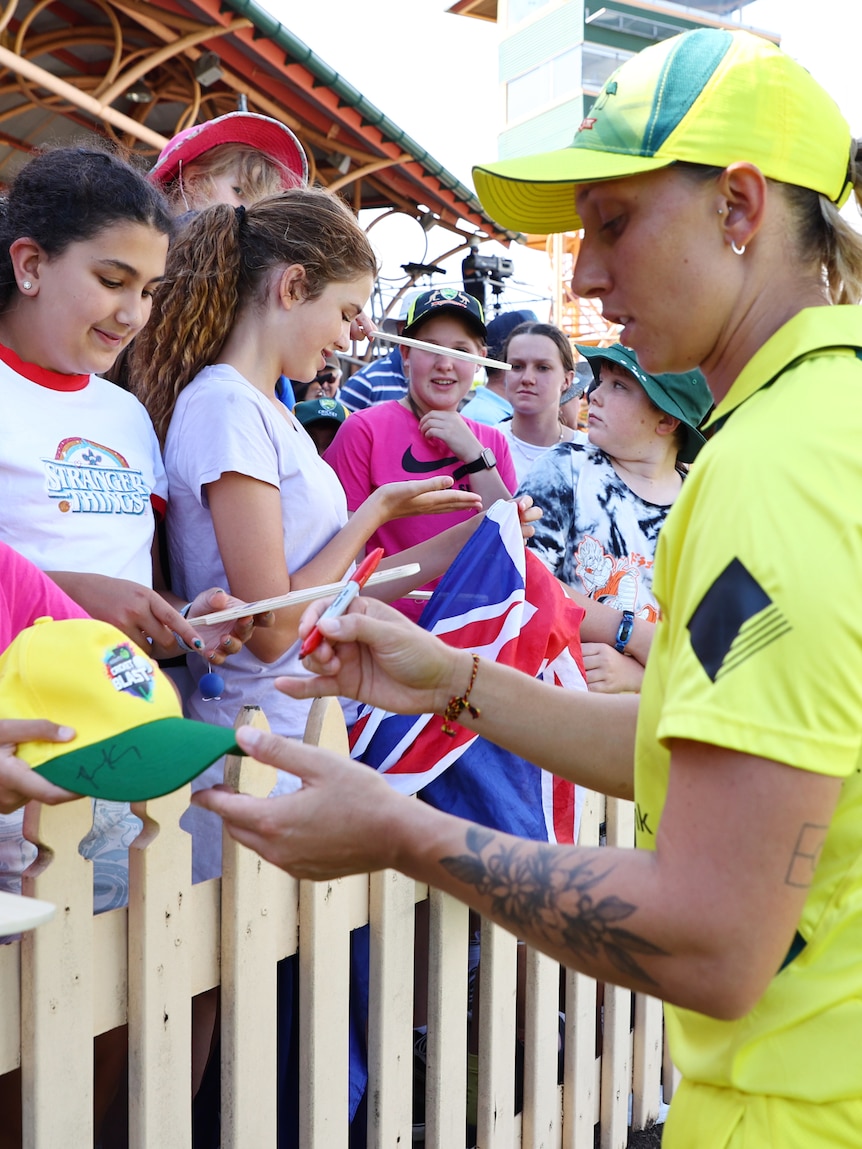 Ashleigh Gardner’s teammates say the star all-rounder has coped well with the online abuse she copped for her stance about January 26, as the team head to Hobart for their controversial Australia Day fixture against Pakistan.

The Indigenous star made headlines when she admitted her discomfort with playing on Thursday, saying it was a day of hurt and mourning.

Gardner will play, but the team as a collective have made clear they are united in supporting the 25-year-old’s stance.

The side will wear an Indigenous jersey, socks and wristbands for the match, and there will also be a smoking ceremony before play.

They have also labelled Gardner’s statement as brave, particularly given the abuse she copped online following her post.

Gardner on Tuesday was a dominant force on the field, as she hit three boundaries and a six in her unbeaten 30 from 19 balls in Australia’s series-opening T20 win over Pakistan.

“She wears her heart on her sleeve, but she is just someone who gets the job done. I’ve checked in via text and she has been great.

Cricket Australia were originally set to go without an elite match on January 26 for the first time in 20 years this summer, with the second and third games in the women’s series to be played in Canberra on the 27th and 29th.

But the cancellation of the men’s series against South Africa prompted the first of those games to be moved to Hobart, to give the Tasmanian capital an international fixture.

A possible clash with the BBL finals at Bellerive Oval if Hobart had finished fourth then prompted the match to be moved to the 26th.

That was a concern for several members of the team from as early as September, when discussions began around using the game as an educational piece on the pain of the day for First Nations people.

Schutt said the controversy around the fixture would not serve as a distraction for the team once the game began.

“We have had plenty of conversations in our own change rooms and behind closed doors,” she said.

“Out on the field nothing is going to change.”

Australia have other potential on-field challenges.

Beth Mooney did not bat in Tuesday’s win, citing soreness after a busy one-day international series, while opening the batting and filling in with the gloves.

Australia do not have another wicketkeeper in the squad with Alyssa Healy injured, while the likely next option in line, Georgia Redmayne, is also out with a ruptured Achilles tendon.

The uncapped Tahlia Wilson would likely be the next option in domestic cricket, with Victorian Nicole Faltum an alternative.