Taiwan holds all the chips in US–China tech showdown 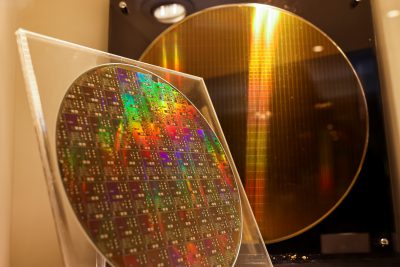 US House of Representatives Speaker Nancy Pelosi’s visit to Taipei in August 2022 touched on the island’s sovereignty — a controversial, historical ‘red line’ in China’s foreign relations. The visit resurfaced numerous unresolved issues between the United States and China with modern-day technological competition at its centre.

Both China and the United States have directly involved the island’s semiconductor industry in this latest ‘Taiwan crisis’. China retaliated by imposing tariffs on sand exports to Taiwan to restrict a core chip production component and send a political message to President Tsai Ing-wen’s administration.

August 2022 also saw Washington adopt the controversial ‘CHIPS Act’ to boost domestic semiconductor production, though its full implications are yet to determined. The US Department of Commerce’s Bureau of Industry and Security sought to tighten restrictions in October on China’s import of semiconductors.

Despite these trade disruptions, future escalation remains unlikely as China relies heavily on Taiwan’s chips. Beijing needs this technology to gain a competitive edge over the United States in the global technology competition. China also needs this industry to support its economic growth and shift into higher-value production to ensure the legitimacy of President Xi Jinping’s third term.

China’s trade flow data for 2021 shows that the country’s semiconductor imports amounted to more than US$430 billion in 2021 — 36 per cent of which came from Taiwan. China relies on the world’s largest foundry — Taiwan Semiconductor Manufacturing Company (TSMC) — to provide cutting-edge semiconductors for its consumer electronics industry.

In 2022, TSMC’s global market share will grow from 53 per cent to 56 per cent by revenue. The company holds more than 60 per cent of the world’s manufacturing capacity for the most advanced semiconductors. Given TSMC’s dominance, China has little incentive to restrict chip trade with Taiwan and risk damaging its economy.

On the contrary, TSMC is less reliant on China. Though the foundry’s exposure to China rose to 20 per cent between 2018 and 2020, this figure plunged to 10 per cent in 2021. During the same year, 65 per cent of its revenue came from North America.

China’s decline in TSMC’s portfolio can be mainly attributed to former US president Donald Trump’s 2020 ‘Huawei ban’. The policy banned TSMC from supplying Huawei with chips developed using US technology, driving the Taiwanese chip giant to shift its capacity elsewhere.

China is aware of the risks of relying on foreign chips and promoted the ‘Made in China 2025’ strategy in 2015 as a response. The project highlights semiconductors as one of ten high-tech priority sectors, aiming to increase China’s chip self-reliance from below 10 per cent to 70 per cent by 2025. The target was later increased to 75 per cent by 2030 as the self-sufficiency rate only reached 16 per cent in 2020.

Beijing’s objective is to become a dominant technology power by 2049 — the 100th anniversary of the founding of the People’s Republic of China. Beijing is set to pour well over US$150 billion into its domestic semiconductor industry by 2030, providing subsidies and incentives for building semiconductor factories and developing research and development units.

Despite these efforts, China’s semiconductor sector still lags behind its competitors by a decade or two. While China’s Semiconductor Manufacturing International Corporation (SMIC) developed a ground-breaking 7nm process in October 2020, TSMC continues to have the upper hand with 3nm chips.

Poorly defined and implemented strategic plans, corruption, human capital deficit and export controls hamper China’s chip industry growth. The country will remain reliant on Taiwan’s supplies while developing its domestic industry. So Beijing may not restrict the flow of semiconductors from Taipei in the short run to avoid hurting its national economy or intensifying its competition with the United States.

Restricting semiconductor imports will exert pressure on the economy on which the Chinese Communist Party’s (CCP) legitimacy still hangs. The collapse of crucial domestic semiconductor companies in 2022 already reveals some weaknesses in the slowing China economy.

The new US challenge over Taiwan and its impacts on semiconductors will make it harder for Beijing to maintain growth. China has also emerged weaker from the recent confrontation with the United States. While in Taiwan, Pelosi met with Chinese dissidents, an action seen as a gesture of disrespect in Beijing.

The semiconductors competition shows how national and international factors are highly intertwined in China’s policy considerations. Establishing China as a global power and an ever-growing economic powerhouse has ensured the CCP’s legitimacy for decades. As the party looks for ways to maintain growth, semiconductors are crucial in ensuring advanced technology and political stability.

Though Beijing will not take any drastic measures to constrain Taipei’s semiconductors in the short term, this overreliance is becoming a concern in China’s escalating competition with the United States. China is contemplating new and more sophisticated contingency plans in the long run. The ‘Made in China 2025’ and the 14th Five-Year Plan launched in early 2022 suggested a nationwide mobilisation of resources to improve semiconductor innovation, research and development, and education.

During its 20th Party Congress, the CCP leadership reiterated the importance of supporting scientific research and industrial technology to strengthen the country’s centrality in the international arena. China has also put forth innovative methods for financing innovation and incentives for attracting global talent.

Yet China’s technological disadvantages may make it more open to international cooperation in semiconductors. In this sense, the battle for semiconductor supremacy is unlikely to change China’s policies on the United States or Taiwan.

The authors are members of the 2022 cohort of the Chatham House-Korea Foundation Next Generation Policy Expert Network.

Bo-jiun Jing is a Research Fellow at the Institute for Security and Development Policy and PhD Candidate at King’s College London.

Flavia Lucenti is a Postdoctoral Research Fellow and Adjunct Professor at the University of Bologna.

Giulia Sciorati is a Postdoctoral Research Fellow at the University of Trento and Associate Researcher at the Italian Institute for International Political Studies.

Wei Luo is a PhD Candidate at University of St Andrews.

Jie Yang is a PhD Candidate University of Cambridge.