Ukraine Says Half Of Its Energy Grid Has Been Crippled 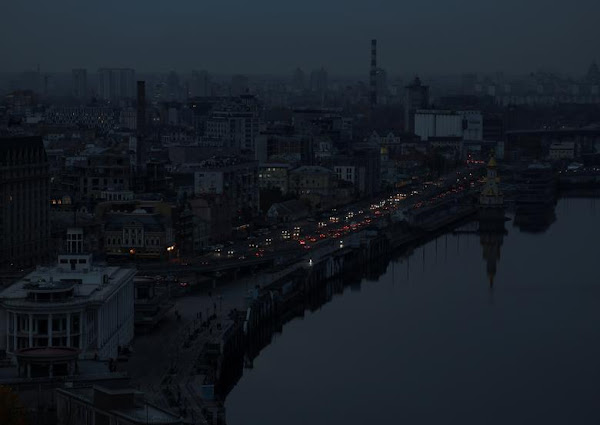 KYIV/KHERSON, Ukraine, Nov 18 (Reuters) – Russian missile strikes have crippled almost half of Ukraine’s energy system, the government said on Friday, and authorities in the capital Kyiv warned that the city could face a “complete shutdown” of the power grid as winter sets in.

With temperatures falling and Kyiv seeing its first snow, officials were working to restore power nationwide after some of the heaviest bombardment of Ukrainian civilian infrastructure in nine months of war.

The United Nations has warned of a humanitarian disaster in Ukraine this winter due to power and water shortages.

And when that is accomplished, I can see Russian military strikes shifting to knock out other critical infrastructure such as bridges and natural gas installations that provide heat.

My prediction is that when much of Ukraine’s critical infrastructure has been wiped out, Russia will begin a new offensive that many have been predicting for the past two months. But before that happens I think we are going to be seeing a third of the country leave, and Europe will be facing an even grater refugee crisis than what happened in the first two months of the war.