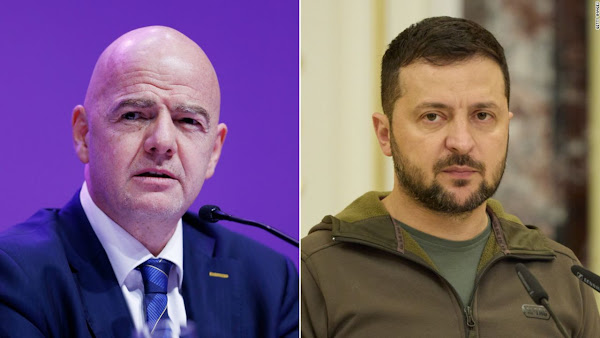 Ukraine’s presidential office is criticizing FIFA for refusing to show a video message from President Volodymyr Zelensky in Qatar’s Lusail Stadium ahead of the World Cup final on Sunday.

The video, which was recorded in English, is meant to be an “appeal for peace,” Ukraine’s presidential office said in a written statement to CNN on Saturday.

“Qatar supported the President’s initiative, but FIFA blocked the initiative and will not allow the video address of the president to be shown before the final game,” the statement said.

WNU Editor: FIFA is making it very clear to everyone that they do not want politics involved in the World Cup. Especially in tomorrows final.