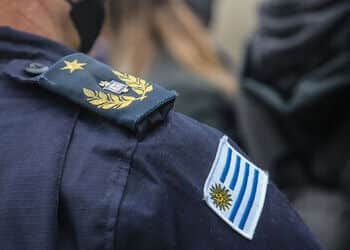 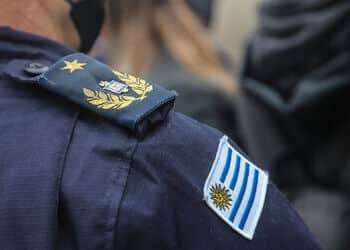 The neighborhoods of Villa Española and Peñarol in Uruguay’s capital, Montevideo, have been at the crux of fighting between local drug trafficking gangs, creating a worrying precedent in one of Latin America’s most peaceful countries.

A man’s body was found half-buried in a plot of wasteland in Peñarol, a neighborhood to the north of Montevideo, on November 8, according to a report by Uruguayan newspaper El Universal.

This latest murder was apparently connected to several previous killings, according to police sources, including the discovery of a woman’s dismembered body in a storm drain in Peñarol on October 29.

Meanwhile, in the central neighborhood of Villa Española, frequent shootouts between drug trafficking clans have reportedly forced residents to stay indoors at night for fear of being caught in the crossfire. Two gangs known as the Pibitos and the Albín have been at war for control of drug sales in Villa Española, according to local prosecutors speaking to the newspaper El País.

“People are very afraid. They don’t go out at night because they could be hit by stray bullets. If your house is on the streets they close off, you don’t know at what time it could end,” said Nicolás Centurión, a journalist in Montevideo.

“There is an arsenal of weapons in Villa Española that one gang is protecting and the other one wants to seize,” he explained, adding that a 9-millimeter handgun could be bought there for 1,500 Uruguayan pesos ($37).

While the number of those killed in this fighting is unclear, authorities have reacted. Following police raids in Peñarol and Villa Española last week, Uruguay’s President Luis Lacalle Pou commented on November 11 that the country needed a “strong strategy” to deal with the recent uptick in crime and violence.

“We must work harder to combat drug trafficking, and we must work harder on those people who are willing to kill for an illicit business,” he said, adding that the Ministry of the Interior is putting strategies in place to confront the problem in parts of the capital.

Uruguay may be on course for a record number of homicides, mainly due to conflict between gangs. It reached 300 homicides for 2022 on October 10, surpassing the total seen in 2021. In 2018, a record high of 414 murders was reached.

Fighting between Uruguay’s microtrafficking gangs has been simmering for a long time. Recently, it has become a true national security problem.

In Peñarol, three clans run by the Vallejo, Caldera, and Segales families are allegedly behind much of the violence, according to an investigation by the weekly newspaper Búsqueda. The leader of the latter family, Mauro Segales, was arrested and charged in October with the murder of the woman whose dismembered body was found in the neighborhood.

In Villa Española, three other groups run by the Puglia, Albín, and Suárez families have been responsible for most of the violence, Búsqueda found.

SEE ALSO: Can Uruguay Adapt to Its New Role in International Drug Trade?

Government findings have backed this. In June, Uruguayan police reported to the Senate that 45 family clans had been identified in and around Montevideo. Besides being in charge of selling drugs in the capital, these gangs also used “land and river routes” to bring drugs into the country, according to Alfredo Rodríguez, director of anti-drug trafficking for Uruguay’s police.

The current government, however, seems confident the proper steps are being taken. “In some neighborhoods of Montevideo, there are a number of family clans … fighting for territory. Many of these organizations are being strongly confronted — a large number of their members have been arrested,” said Santiago González Barboni, director of public security at Uruguay’s Ministry of the Interior, in an interview with InSight Crime.

He added that, due to seizures made by the police in recent years, there were fewer gangs, fewer drugs, and fewer weapons on the streets of Montevideo.