US Will Not Transfer Advanced Armed Drones To Ukraine 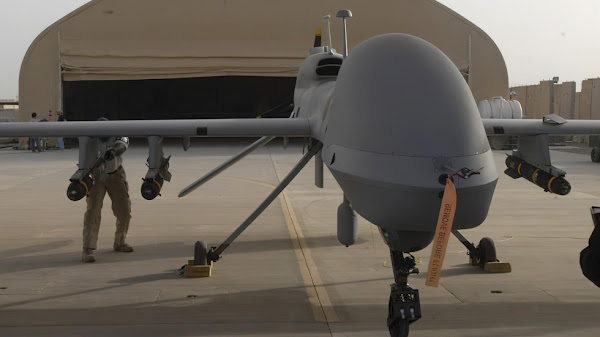 Euromaidan Press: US not to give Gray Eagle drones to Ukraine to avoid “escalation” with Russia – WSJ

The Biden administration won’t give Ukraine advanced drones despite pleas from Kyiv and a bipartisan group of members of Congress, WSJ reports.

Citing unnamed officials familiar with the matter, WSJ says the Pentagon believes Gray Eagle MQ-1C drones could escalate the conflict and signal to Moscow that the US was providing weapons that could target positions inside Russia.

Worries that Russia could gain access to US technology if the drone was shot down were a secondary matter.

WNU Editor: Not surprised that the US is killing this deal. And it has nothing to do with Russia gaining access to the tech that is in these drones.

Sending these drones will result in Ukraine being in range to attack targets south of Moscow (see tweet below). Since this is where a lot of dachas for Moscow’s elites and their families are located, it would be interpreted by the Kremlin that the US is deliberately arming Ukraine to target its leadership and their families.

You can take this to the bank. Such a transfer of weaponry will be seen as a direct threat to the Russian leadership, and if these weapons are used, the Kremlin will blame Washington for this, and will respond in kind against the leadership of the U.S..

Areas that the MQ-1C Gray Eagle Drone can reach when launched from major Ukrainian Airports, courtesy of @ukraine_map

With a range of 400km & speed up to 280km/h, the drone mainly does reconnaissance but can also be used as a strike drone. The US plans to sell Ukraine 4 of them pic.twitter.com/P8XXJNP9J4

US Will Not Transfer Advanced Armed Drones To Ukraine

US refuses to send advanced drones to Ukraine – WSJ — RT