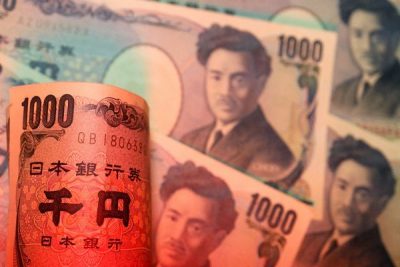 There are questions about why Japan has experienced far lower inflation than the rest of the developed world for so long. Two macroeconomic puzzles haunt Japan — very low exchange rate depreciation pass-through to inflation and weak wage growth.

The first puzzle is that a weaker yen has far less impact on inflation and the economy than macroeconomic analysis predicts. The Bank of Japan kept its policy rate negative while other developed-world central banks raised interest rates to combat inflation, causing the yen to fall by 30 per cent against the US dollar. In September 2022, the yen dropped to a 24-year low, leading the government to intervene to prop up the currency for the first time since 1998.

Currency depreciation should cause inflation by driving up the price of imports. Yet the weakness of the yen in the absence of high inflation demonstrates the low impact of depreciation. In September 2022, the yen-based import price index rose 48 per cent, but the consumer price increased only modestly. Similarly, during other episodes of currency depreciation — such as when Abenomics was in effect — domestic inflation did not rise.

Low wage growth is another puzzle. Despite a 2.6 per cent unemployment rate in September 2022, wages have not kept pace with inflation. Commodity price increases triggered a wage-price spiral in other places. In the United States, as firms raised prices to reflect higher input costs, workers demanded and received pay raises because of their strong bargaining position in the current tight labour market, causing firms to raise prices even further. Despite near-full employment, wage dynamics in Japan do not follow this pattern.

Features specific to the Japanese context can help explain these puzzles. First, there has been insufficient aggregate demand. Japan’s COVID-19 recovery has been slow with GDP only recovering after the second quarter of 2022. This level remains significantly lower than the pre-COVID-19 peak, which was before the 2019 consumption tax increase.

Second, while the private sector’s balance sheet has been significantly repaired since the financial crisis in the 1990s, private savings remain substantial. Households are generally frugal with money and hoard their savings. Corporate savings have risen while the labour share has decreased, with large firms experiencing the greatest decline in the labour share. No other sector has become a net borrower since the crisis except for the government.

Japan is widely regarded as the first modern example of secular stagnation as well as a testing ground for developing an escape strategy. After its ‘bubble’ economy burst, causing a financial crisis in the 1990s, Japan entered a period of low growth known as the ‘lost decades’ with GDP never reaching its potential.

When its declining population is taken into account, Japan’s performance during the ‘lost decades’ is not as bad as it seems. Since the 2000s, Japan’s per capita GDP growth has been not far behind that of the other advanced countries. The unemployment rate is extremely low. The most challenging issue is in the private sector where both households and businesses have excessive savings — resulting in a lack of borrowers. Budget deficits have instead supported the economy.

Private savings are likely to be excessive due to a lack of investment opportunities and demographic changes, both of which contributed to Japan’s ‘lost decades’. Low interest rates result from an abundance of lenders and a scarcity of borrowers as more people prefer to save for the future rather than spend now.

Longer life expectancy has increased personal retirement savings while the relative decline in current demand for later consumption has caused prices to fall, resulting in a surplus of savings for the future and a decrease in interest rates. An aging population is sometimes said to imply a higher proportion of dissavers, which is the case. It is also said to lower overall saving, but this has not occurred. The trend of private savings is likely to continue.

Many people are concerned with increasing productivity but this is not a panacea. Structural reforms that encourage innovation and productivity should be continued. But human predictive ability is limited when it comes to ‘promoting innovation’, which creates a greater demand for savings rather than investment.

Japan must rethink its agenda to address excess private savings and consider alternative ways to manage its savings when the private sector cannot meet demand on its own. Given its high level of government debt, Tokyo should also seek out the most promising investment opportunities while prioritising alternatives to budget deficits in order to sustain demand. Low inflation in a period of yen depreciation shows that managing the economy in the face of huge private savings continues to be Japan’s major challenge.

Takeshi Tashiro is Non-Resident Fellow at the Peterson Institute of International Economics.

The views expressed in the article are solely those of the author and do not represent the views of the organisations to which the author belongs.