With Multiple International Summits Scheduled For The Next Weeks, Countries Are Being Pressured To Pick A Side 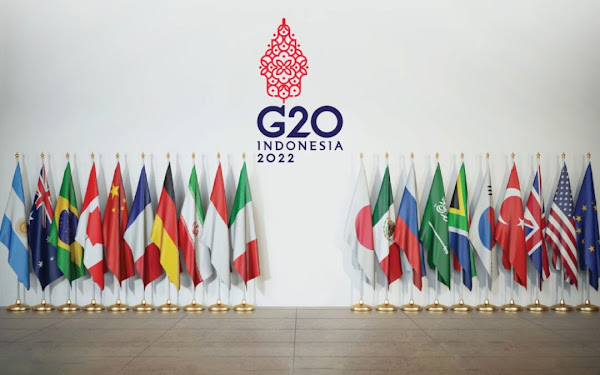 CNN: As major powers meet in Asia, the rest of the world is pressed to pick a side

Hong Kong CNN — World leaders are converging in Phnom Penh this weekend for the first in a series of international summits in Southeast Asia over the coming week, where divisions between major powers and conflict threaten to overshadow talks.

The first stop is the Cambodian capital where leaders from across the Indo-Pacific will meet alongside a summit of Association of Southeast Asian Nations (ASEAN) leaders, followed next week by a meeting of the Group of 20 (G20) leaders in Bali and of the Asia-Pacific Economic Cooperation forum in Bangkok.

WNU Editor: On one side I see the Western bloc that also includes Asian countries like Japan, South Korea, Australia, and New Zealand. On the other side I see BRICs, countries that want to join BRICs, and those who are looking at BRICs as an alternative to the West.

So which side is trending to be the dominant one in the coming years?

Personally, I think the Western bloc is on decline. And what is worse, the Western powers are not only offering nothing to the developing world, but many are beginning to see the U.S. acting predatory in its foreign policy, even against its own allies.

Case in point. The beneficiary of Russian sanctions and the de-industrialization of Europe will be the U.S.. That with Russian energy supplies now out of the picture, European companies are no longer competitive on global markets, and will need to relocate.

That is why I predict most of Germany’s industrial companies, if not all of them, will now relocate to the U.S. bringing with them European jobs and investment. So when the question was asked after the attack on Nord Streams’ pipeline two months ago on who benefits from this the most. There is only one answer …. the U.S..

I think this is the reason why Saudi Crown Prince Salman has made the decision to join the BRICs, and to distance himself from the U.S. and some elements of the West. And I do not blame him. He now sees BRICs as a viable alternative to do business, and more importantly, he will not need to align himself with someone who does not have a problem in blowing-up pipelines.

And I am willing to bet that he is not the only leader of a country who is seeing this.

The world is definitely being pressed to pick a side. And the trend of going away from the US and its allies is growing.