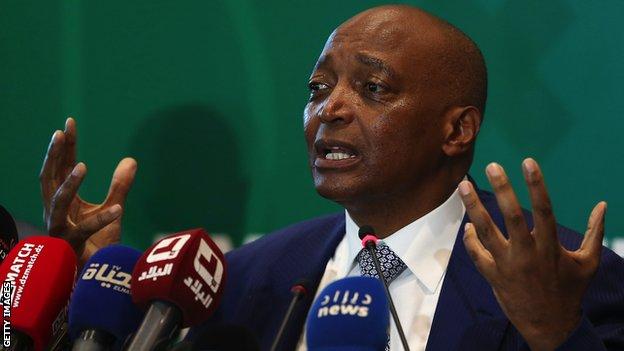 The Confederation of African Football (Caf) has supported Fifa’s call for unity and inclusion ahead of the upcoming World Cup in Qatar.

The host nation has been criticised for its stance on same-sex relationships, its human rights record and its treatment of migrant workers.

Earlier this month, world governing body Fifa wrote to competing nations asking them to “now focus on the football” instead of the competition’s controversial build-up.

However, Sepp Blatter, who was Fifa president when Qatar was awarded the tournament in 2010, stoked matters by saying that awarding the tournament to the Gulf state was “a mistake”.

With the first game of the finals on 20 November, Caf president Patrice Motsepe has now echoed the support given by Conmebol, the South American football confederation.

Caf knows Qatar well, having hosted its Super Cup match – between the winners of its two leading club competitions – between 2019 and 2021 in the capital Doha, even though the Asian country clearly sits outside the continent of Africa.

“We recognize that football has over the years been an important tool for bringing together and uniting people from different races, language groups and religious backgrounds,” Motsepe said.

“The Fifa World Cup is an important global sporting event that brings together people from different countries and continents for the development and celebration of football worldwide and the advancement of humanity.”

The Qatar World Cup, the first to be hosted in the Middle East in the tournament’s 92-year-history and the first during the Northern Hemisphere winter, will culminate in the final on 18 December.